the devil doesn't get all the good tunes

Arrigo Boito’s Mefistofele is given irregularly in Europe and America.  Never in Australia.

In this concert performance by Opera Australia, we could marvel at its many beauties and crushing power, but also wonder how a staging might cope with its lofty grandeur.  Perhaps the age of computer-generated images and projection would satisfy its cosmic ambitions. This concert staging employed a series of effective lighting patterns (James Morphett) to highlight the drama’s objectives.

Working its narrative across Goethe’s Faust, Parts 1 and 2, the opera opens with a long prologue, beautiful delineating the battle between heaven and hell, with massed choral forces, including the sly chirruping of a children’s choir, and shattering orchestral crescendos.

This is almost symphonic, Lisztian in its presentation of themes and recapitulations.  Its grandeur is punctuated by the sly comic monologue of Mefistofele cocking a snoot at the masterful god who had cast him out of paradise.  Damned, he dares to propose a wager – for the soul of the ageing intellectual Faust.  The massed forces of good accept his bargain.

A fiasco at its first performance in 1868, this is the music of a fastidious intellectual who dares to marry Wagnerian grandeur – a somewhat heavy Germanic tread and swelling crescendos - with the lyric heart of Italian canto. It was heavily revised for its second outing in 1875, giving us a slimmed down yet more integrated version of the young man’s startling if erratic inspiration.  It still attempts to integrate metaphysical musings within an essentially lyrical pulse.

The work is usually revived for a star bass.  In this case the septuagenarian Ferruccio Furlanetto.  His dark voice is remarkably smooth and untortured.  His laconic approach to both mockery and devilry was arresting.  He encompassed the many moods of this devil.  He is a suave tempter with a dark edge. The echoing strains of “Camina, Camina” drew us and Faust on and up towards the mountain tops of temptation, while his Act 2 aria (“Ecco il mondo”) distilled the nihilistic excess of a proud and bitter world weariness.  In Act 4. his displeasure and psychic asides - underneath the swooning love duet between Faust and Elena – oozed a droll contempt for humankind, by one unable to bear the delusions of love.

The conductor of this eclectic orchestral panorama was the young Italian, Andrea Battistoni.  His placement of the wide-ranging dynamics within the score was impressive in building overwhelming tension, particularly around the summoning voices of the prologue and the epilogue. This is music that crunches some heavy weight gears, but Battistoni paced it all with differential finesse.  His varied levels of forte intensity were remarkable.

The Faust in this performance was the Australian-Mexican Tenor, Diego Torre, whose shining tenor voice has the requisite Italian ping – and is truly up for the many challenges that the role sets forth.  As he showed with his recent Eleazer (La Juive), he can play old age with requisite weight and tenderness.  The ennui underpinning his Act 5 conversion to the forces of heaven – to faith – was beautifully plotted, while his swooning tones in the Helen of Troy scene launched the ecstatic outburst of “T’amo, t’amo” with thrilling precision.

His soft singing in the Act 3 duet with Margherita charted the sadness of their unique love duet (“Lontano, Lontano”) with exemplary style – not crooning, but soft singing that etched the dynamics of this scene.  Here, with remarkable frisson, madness and memory summoned both lost desire and lost happiness.  At the highest judgement level, his rendition of the famous “Dai campi, dai prati” lacked the layered sweetness and word pointing it deserves.

His Margherita was the American soprano, Leah Crocetto.  Her voluptuous voice was strong and true and her Act 3 aria (“L’altra notte in fondo al mare”) described her descent into madness and murder with deep conviction.  Her gorgeous Italianate sound was psychologically pinpoint in charting the various emotions that Boito posits in this scene of despair and redemption.

Faust’s Helen of Troy (Elena) was sung by Natalie Arroyan, Torre’s frequent singing partner. She showed her skill in inhabiting a character even within the constraints of a concert staging.  Her pride and surprise at the web of desire that Faust spins around their imagined happiness was one of the highlights of this performance.  So too was the ensemble finale to Act 4, full of the surging power of desire, wave after wave, that ends in the transcendent tenderness of orchestral filigree, just like a fading dream.  Boito does not develop his themes but repeats and layers them with ecstatic intent and metaphysical meaning.

As Pantalus, Sean Pendry added to the vocal splendour of this scene, as well as underpinning the remembered traumas that Elena voices in her brilliantly declamatory aria: “Notte cupa, truce, senza fine, funebre!  Pendry was also deftly mocking in the garden scene as Marta, embracing the panting laughter that underlines the bizarre music of the quartet.

Iain Henderson was a solid presence as Wagner and Nereo.

The large pit and large orchestra added depth to this monumental imagining, as did the offstage brass.  The Opera Australia choir was again in superb form relishing their roles as both massed heavenly voices and black mass adherents, almost hissing with evil intent in the Walpurgis Night scene.  The young conductor held all these forces together with an uncanny rhythmic sense, underscoring the dramatic trajectory and highlighting the cumulative weight of the drama.  He ensured the “Ave Verum” of the prologue was drawn with slightly gentler weight when Margherita’s soul is saved at the end of Act 3 – while bringing greater force and intensity to the overwhelming conclusion of the opera, when this staggering prayer crushingly defeats the devil’s sworn intent.

This was a memorable evening of music drama, allowing Australian audiences to fully experience an eclectic, hybrid work that is full of startling invention. 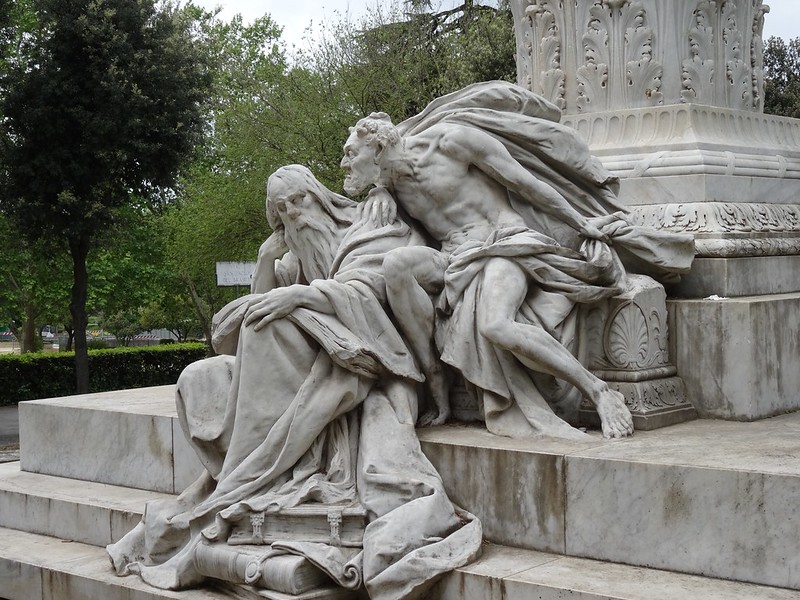