Militant Virtue and the Diva down under

Patrick White’s A Cheery Soul (1962) is a poetical fantasy rooted in fine observation of 1950s societal norms.  In the Australian context, it is a rather lonesome specimen of 20th century theatrical surrealism.  Its balance between fantasy and realism recalls the imaginative and technical correlations between Christina Stead and White.

The scope of the drama is curtained by the ardour of Anglicanism and its chocking cloth as the establishment religion of the well to do and aspiring well to do.  None of the rumbustious rancour and sweaty life force of Australian Catholicism in this slice of religious belief.  It does, however, contain a superb central character: Miss Docker.   She is the irascible force that tangles her way between the carefully laid nets of a buttoned down society on guard against difference and dissension.

As Miss Docker, Sarah Peirse takes on this role with gusto and embeds it with a monstrous grandeur.  She is the loud mouthed busy body who prods and pokes her way through lies and hypocrisy. This is a fantastical creation, but rooted in a core responsiveness that sees and feels much, while inspiring fear, shock and dread in her gaze and words: a suburban Medusa.  She and the play grandly flaunt the naturalism on order in 20th century Australian theatrical works.

The Director, Kip Williams, surrounds Miss Docker with a large cast that attempts to reign the play’s musical and poetical pulse into clear song lines.  The ensemble achieves its clarity only fitfully.

The humour of the work is pronounced, wry, guffawing, sly, chunky and swelling our disbelief at times, but the performance by Peirse is full of deft touches and a snarling responsiveness that does no beautify, but charts the unique thrust of militant virtue:  “my thoughts could light a fire.  I could breathe love into the dead”.

In this Act, the Greek chorus that White invokes was only partially realised by this cast.  The humour of their incantations outweighed the clarity of their words, which dropped willy nilly in the swell of unblended excess.  Bruce Spence as an elderly widow – a beanpole in black, topped with an extravagant bun of hair - was mirth inducing but that is only part of the commentary that White seems to imagine.  This chorus lacked the clarity of menace.

At times, the staging was fully responsive to the drama and its poesy. The Act 2 drive to the crematorium was wittily staged and gave us multiple perspectives and instances of the enervating splendour of Miss Docker as she hectors and rearranges her unwilling lost souls on the road to Golgotha.  White flips this  humour to then present the abandonment of Miss Docker on the same  road. Her stoicism and pluck were nicely arraigned, layering complexity and pathos as we laughed against Miss Docker but shared her pain.

In Act 3, Scene Seven (the Nave and Vestry of All Saints Sarsaparilla), the director and cast summoned its operatic excesses with gradated tones – blending its ensembles and arioso interjections with humour and rising dramatic intent.  Mis Docker’s placement in this scene enacts wobbly humour (crafted around pumpkins!) and shafting observation as she leads us onwards to the constructed death of the rector. She literally harangues him into mortality.  Here is no life in death, but a woman who can exhale the promptings of failure and the fearful surrender to death!

The final scene, when the dog cocks his leg on her best nylon as she attempts to harness her loneliness to his wandering ways, is clear and sharp in both dialogue and symbolic intent.  White also cocks his leg on naturalism with the poltergeist appearance of the Aussie swagman – begging for a shilling an fouling the air with his drinking ways. This final judgement seems to bring a wan benediction to Miss Docker’s forlorn quest for belonging – as she limps into her prayerful future against the winds of disaffection (“old and shattered”) - gripping the poison of prayer.

This was a diamond of a performance within a crisply realised staging. The other performances were variable – with everyone else asked to take on multiple roles. In Act 1, Anita Hegh seemed strangely one-dimensional in her assumption of Mrs Custance, while Anthony Taufa was too nice and gentle to come to grips with the dark energy of the husband, Mr Custance.  Brandon McClelland as Reverend Wakeman found some of the dithering madness in his character, but not the manic fear.

Throughout Acts 2 and 3, the chorus manifestations were often lazily pitched – a little too murky and somnolent. And if the ensemble found the vein of dark Aussie humour that flows through the work, they couldn’t give it the rush and energy that might enhance the hunger and desire at the heart of this play.

Hovering between the yin and yang of poetry and play, like Thomas’ Under Milkwood, this work has its own daft cadences, its own sharply observed characterisations, and at its heart a portrait of irascible womanhood, ornately simple, in love with the querulous beauty of language and aching for connection as she slices here through human kindness. Thomas gives equal dramatic weight to his villagers.  White gives us a full blown diva, in bad stockings, thick glasses and a coat that strides forth holding together her jabbering being.  Sarah Peirse fills the role with febrile dogged belief, and enacts a masterclass in how to hold our attention on a basically annoying, disagreeable character. One suspects, Miss Docker was  a bit like White himself:  fascinating but exhausting. 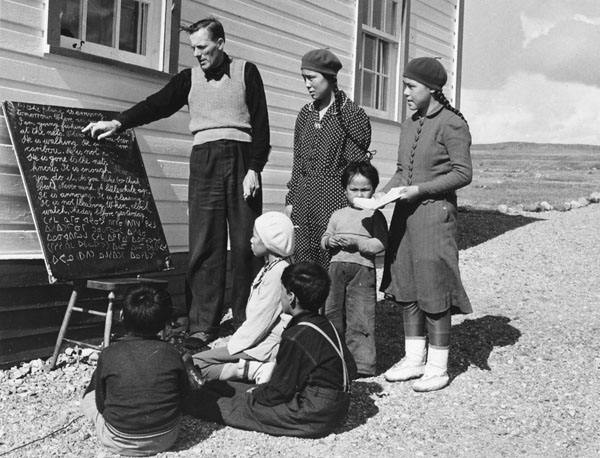