What an energising and darkly moody piece is Bela Bartok’s Sonata for Two Pianos and Percussion (1937).  This three-movement works is still shockingly visceral.   Its motor rhythms, its brutal peasant stomp, are artfully real.  The percussive nature of the forces delivers extraordinary volumes of sound, but transparency and delicacy of touch is also a hallmark of its invention.  Wonderful to watch and hear the careful way drums and xylophone dovetail a single note like a drop of water on a musical well.

Xylophone, three timpani, cymbals, side-drums, bass drum, tom-tom are all used with extraordinary precision and even tenderness, as when the piano trill is taken up by the xylophone and covers and supports the logic of its progression.

The long first movement is demanding.  This is frightening music that surely hints at the preparation for Armageddon that Continental Europe was experiencing during the work’s composition.  Like the Vaughan Williams Fourth Symphony, the levels of violence within this music are both chilling and haunting.  This is a landmark work in terms of its writing for percussion.  How deft and focussed where its young percussion players.  Jessie Wang and Adam Cooper-Stanbury beat the sound of every complex rhythm – cross and poly.  Every tang and tap on the triangle was given its due, both the crisp and the soft.  Under the watchful eye and nods of Bernadette Harvey, these young student performers excelled.

Harvey and Daniel Herscovith, as the dual and duelling pianists, were tensile and febrile in their observation of the wide-ranging dynamics of this work.  They were particularly fine in the final movement - Allegro non troppo - picking up its dance like phrases with great élan and rhythmic complexity, ensuring the coordination between pianos was exemplary. Caught on song, they pushed forward with the risk and propulsive energy of this work.

In the slow movement, the nightscape was tender – with the arabesques between piano and percussion – silvery shivers of sound -  giving a sense of both closure and incitement.

The exemplary two piano work of Harvey and Herscovitch was also on display in the original version of Ravel’s La Valse (1920).  This was both lush and exhilarating, propulsive in its waltz rhythms and shattering in its final exhaustion.  The innovation on display was dazzling. Both pianists gave great clarity to its dense layers of sounds.  It was as though we could see the waltzing feet beneath the glass floor.  The orchestral version of this work is a great showstopper, but this two-piano version seems a little more incendiary in its black and white thrust.

The same duo gave a heartfelt performance of Debussy En blanc et noir (1915) – ensuring that the waltz like first movement – Avec emportement – was expertly sprung on its quick temperament.   The long middle movement was powerfully enacted, its sombre mood, with its hint of war time reveille, drawing forth passionate playing and reminding us that this movement is prefaced by Villon’s querulous and accusative poem against the enemies of France.  The rising crescendo of anger and pain was well plotted.  This angst then led trippingly into the Scherezando which was full of light and shade as well as the hint of darker moods beneath its trilling beauties.

The concert commenced with extracts from Bartok’s Mikrokosmos – mainly Books V and VI.  These colourful and vibrant etudes, in the arrangement for two pianos that Bartok made in 1940, were crisply dispatched with pedagogical and aural élan.  The singing line of the New Hungarian Folk song was beautifully intoned – the song line warm and bound - while the startling Ostinato was almost orchestral in its heft.  The interplay between keyboards was truly simpatico.

In this rich recital, the distinctive voices, sonorities and rhythmic fecundity of Bartok, Debussy and Ravel coruscated cross the keyboards, delivering dramatic darkly knotty music that challenged and inspired. The musicians received a warm response from the audience. 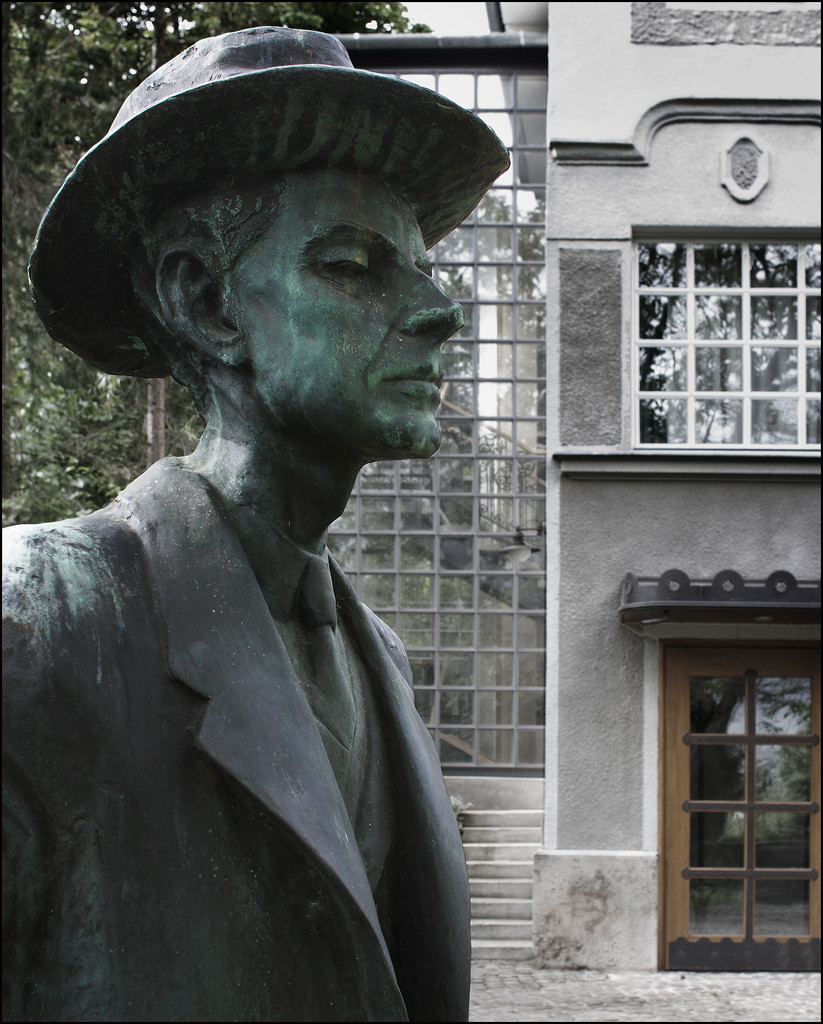