Opera Australia and the postmodern don't go together very often, but the 2017 VIVID festival bought forth a tantalising glimpse of what this company would do with the full rendition of Nixon in China (1987) by John Adams (1947).

Opera Australia gave us some sizeable extracts from the opera, including two scenes from Act 1  (Scenes 1 & 3) and Act 2 (Scenes 1 & 2), though nothing from Act 3.  It is almost 30 years since Nixon in China was premiered by Houston Grand Opera – its humour, power, fantasy and beauty remain undimmed.

The Orchestral Introduction, Choruses and Arrival of the Spirit of ’76 were stupendous – motorific, anticipatory, glowing - positioning us for the encounter of Nixon, his wife Pat plus Kissinger (David Parkin) with Chou En-Lai on the tarmac.

The diction of the singers was very good, despite the large orchestral forces – the latter were moderated tellingly by conductor Andrew Mogrelia.

In the role of Nixon, Luke Gabbedy was a stand out.  The libretto presents an interesting mixture of sharped eyed demagogue (“its prime time in the USA … the network colours glow”), rambling visionary (“an old cold war warrior piloting towards an unknown shore”) and fearful politician (“the rats begin to chew the sheets”) in a mixture of parlando and arioso that is strangely effecting and makes us like his naivety and droll scheming.  Nixon’s “news has a kind of mystery” was clearly and insistently delivered by the warm baritone of Gabbedy.  Like Janacek, the composer reinforces the repetition of words with great vocal effect as though nagging thoughts into clear meaning.

The presentation of the Act 1 finale then followed.  This is a triumph of operatic architecture and visceral power that releases the pent up energy and anxiety of the various participants.

Formally this involved two major solos, one for Chou and a responding toast from Nixon.  As Chou En-Lai, Christopher Tonkin, from my seat, displayed wonderful diction and placement of vocal emphasis in his solo, working very closely with the conductor.  His solo ended with the clarion, “all patriots were brothers once” and that classic operatic invention, the drinking song, “Gam Bei”.  The two worlds of China and America are nicely contrasted with the respective solos.  Their different yet related philosophising draws on heightened imagery:  “our children race downhill unflustered into peace” from China while America proposes “a long march on new highways in different lanes but parallel”.  Given the current Sino-American turbulence these baritone paeans to peace and co-existence were vocally affecting (hints of Simon Boccanegra at work, no doubt).  Adams then weaves the interjections of various principal characters and the Chinese people, all drunk on well-being and friendship, into an enormous climax.  “It’s like a dream” muses Nixon, as we too recall the Act 1 finale of Turandot.

The Pat Nixon scene that followed – Act 2 Scene 1 – take us into the heart of a distant lady whose imagination in unleashed by this strange land and its emergent spring. The aria,  “This is prophetic”,  has beautiful words and music: “I foresee a time when luxury dissolves into the atmosphere like perfume”.  This American is startled by her immersion in the east and like her husband rushes through a series of metaphors and declensions as she rumbles to an internal vision of America,  including the Unknown Soldier that has risen from his tomb.  This aria was warmly sung by Jane Ede with her burnished soprano finely attuned to its various moods and  shadings.  It ends with soft ambiguity as the chorus – a major player in this opera and well prepared by Chorus Master Anthony Hunt – intervenes with muffled epithets about the hard past, echoing her introspection but from a different world viewpoint: “Labour was cheap/men dug their own graves”.  It was  a pity that the librettist, Alice Goodman, was not acknowledged in the program guide.  Tender and affecting, the music and words were poetical yet philosophical their disembodied thoughts linked by the warm simple vocal line.

These highlights ended with a compelling rendition of Hung Chiang Ch’ing’s  coloratura aria, “I am the wife of Mao Tse-tung”.  In brilliant red dress and totally in character, Eva Kong gave us a thrilling assumption of the high priestess of the Cultural Revolution.  Her clear high soprano was under full control and slashed through the orchestra.  The sheer energy of her intervention on behalf of the little red book (“I speak according to the book”) was a dazzling invocation of revolutionary zeal.

The conductor, Andrew Mogrelia,  is grounded in this music – one could see him singing along with the choruses.  He kept the various rhythmic elements sharp edged and gave the music its full head and bloom.

This one off concert was an excellent way to showcase the Australian Opera and Ballet Orchestra in postmodern music.  Led by Concert Master Huy-Nguyen Bui, their energy, and clarity was arresting.  Even though they are not a huge orchestra, the bloom of their sound was uplifting.  Maybe Opera Australia needs to think about making this partial presentation of major works that are unlikely to see complete and expensive productions  a regular feature of their artistic activity.  What a great way to experience some of the highlight of Boito’s Mefistofole!

Adelaide saw the complete Nixon in China in 1992, Melbourne in 2013 – now Sydney has had a tantalising taste of this thrilling and, in the scheme of things, oh so recent work. 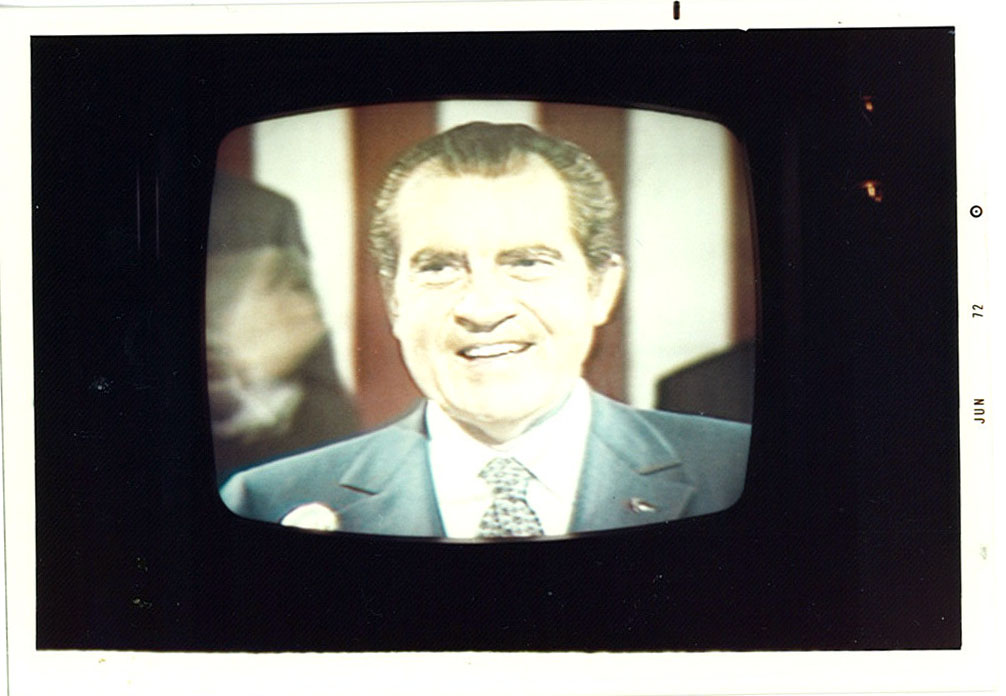