David Robertson and the SSO let Pan sing for us all

Given the forces required, performances of Mahler’s Third Symphony are rather infrequent.  The Sydney Symphony Orchestra does manage however to keep us within earshot of this life-force at reasonably regular intervals.  In the 21st century, both Ashkenazy and de Waart have given this work in Sydney.  Now David Robertson renews our acquaintance with this “instrument played on by the universe”.

The massive first movement was convincingly and clearly unfolded by Robertson and his huge orchestral forces.  Across thirty minutes, Robertson held a strong hand on this symphony’s architecture (the flow and contrast of its strong musical themes) while crafting its deep visceral pleasures (the many combinations of sections and timbres that startle and pleasure).  The spectrum of marches and rustic dances this this symphony enumerates is thrilling.  Mahler’s music is holistic and has room for primeval darkness and the funereal, hinged on the diurnal rhythms that grow outwards from nature’s unstilled silence, always visceral in its tread.

At the same time – almost in parallel – using a vast array of percussion instruments, sometimes with great delicacy, he seems to arouse the jangle of the unfettered joy of creative energy.   Mahler synthesises these disparate elements, unfolding a three-dimensional cartography that allows us to walk inside the vibrant landscape of his imagining.  The low soft thud of the bass drum is integrated into the placement of the musical argument, not applied, but almost ordering and disordering the dark pulse that inexorably flows through this music.  In this performance, everything was clear and febrile from the big opening horn theme onwards.

The off stages drums summoning the disruptive life force of Pan was distant and haunting, yet sharply infectious.  The balance of light and dark, the joyous and the feral was intricately established and maintained, built on reserves of strength.  The closing pages of this first movement were monumental, bringing forth exactly what Mahler asked for: “höchster Kraft" (all possible strength).

The audience applauded at the end of the Part 1 before settling into a rapt appreciation of the tender Menuetto.  This will-of-the-wisp creation (given antecedence by Mendelssohn and Berlioz, but travelling its own trajectory) was doubled helixed on the grimly mocking and the blissful (both enigmatic and fleeting).  Its traceries were underpinned by gossamer strings and flecks of piquant wood-wind sound.

The third movement Scherzo is sometimes difficult to bring off, but in this performance its mercurial and sardonic tones were warmly articulated as we listened to the creatures of the forest, unmistakably on fire with the pangs of living and almost invoking a frolicsome polka.  One smiles, one laughs, and one is awed into silence.

The summoning of the lonely bugle – youth’s magic horn - was close to the sublime.  Despite a slight flicker or two of wan intonation, the off-stage solo flugelhorn was intoned as though summoning lost magic, lost wisdom.  Its simple haunting song was soft bedded on the flickering strings.  It sounded both lonely and comforting, timeless and transcendent – absolutely haunting. To paraphrase the poet Lenau, “that sound from the hill/lay long in my ear”.  Mahler places this human intervention near and within the chirruping birdsong and vivid splashes of animal sounds, which are almost balanced and stilled in mutual reflection.  The colour, the rhythm, this movement’s febrile pulse was unerringly traced by Robinson and his warriors.

This symphony is full of rich solos that were immaculately and passionately instantiated by SSO principals.  Diana Doherty on oboe gave us beautiful and sharply differentiated playing.    The concert master, Andrew Haveron, gave each of his various violin solos great poise and lilt –his tender invocations cutting across the landscape like remembered beauty.  The trombone solo of Ron Prussing was rich and rare. With him we swooned with the song of dark love that Mahler echoes across this score.  Everywhere the attention to detail was intense.   One noticed phrases in the violas and doubles basses that sometimes go missing in the swell of performance.  It is as though Robertson and the SSO have cleaned this well-oiled nature painting and gave us its crystalline beauty as fresh vivid colour, its visceral sound world almost enacting scent. The trumpets, in particular, were thrilling; bright and clear, they pierced us to the quick.

The mezzo soprano solo – contralto in its depths – was expertly pitched by Susan Graham, her dark rich sound perfectly mirroring Nietzsche’s text on sadness and the eternal search for eternity (Ewigkeit) that human beings torture themselves for.  Her perfectly bound tones summoned both deep angst and potential balm.

In the fifth movement, the sprung attack of the angels that bell like erupts from the choirs (with brief mezzo soprano interventions) was full of lightness and joy, channelling the warm-glowed bliss that seems to emanate from the German word, Seligkeit.  The women of the Philharmonia Choirs and the children from the Sydney Children’s Choir were well prepared by Brett Waymark and Sam Allchurch. This heavenly music sounds out the imaginings of young children, like the finale of Mahler’s Fourth Symphony, and disarms with its simplicity and brilliance, stamping our listening experience with the confounding glory of Mahler at his most warm hearted; just as birds’ chirrup with the life force so do these angels.

The finale was overwhelming.  The massed strings were finely poised responding to each flicker of intensity that Robertson invoked.  This hymn to love was both sad and radiant, bringing to the fore yet again the yin and yang of human experience that this museful music is forever enabling.  The fulsome crescendos that are summoned bring both serenity and ecstasy into the concert hall, no Wagnerian lassitude, sickly with piety, but a robust open-hearted chorale that almost makes the world swoon with its humming beauty.  It swelled with powerful emotion but always carefully and delicately balanced: “Langsam. Ruhevoll. Empfunden”, exactly as Mahler imagined.

As the footprint of Pan strides back into contention, summoned by echoing/duelling timpani, Mahler and Robinson judged this intervention with exquisite logic and emotion so that this binding of the human and animal worlds brought visceral tears and a deep intake of breath for the kind of apotheosis that comes rarely in the concert hall.    These moments feel almost post-Anthropocene in their thrilling balance of musical viewpoints.  Mahler seems to say that all creatures are linked – mirroring the one world viewpoint that indigenous peoples so naturally inhabit as the custodians of the living earth.

How stupendous that this displaced person, young Mahler, a provincial country boy, always the outsider in a disintegrating empire, should imagine and create such a thrilling and sustainable vison.  The SSO and Robertson made this enormous animal skin of a world, vibrate with profound energy. 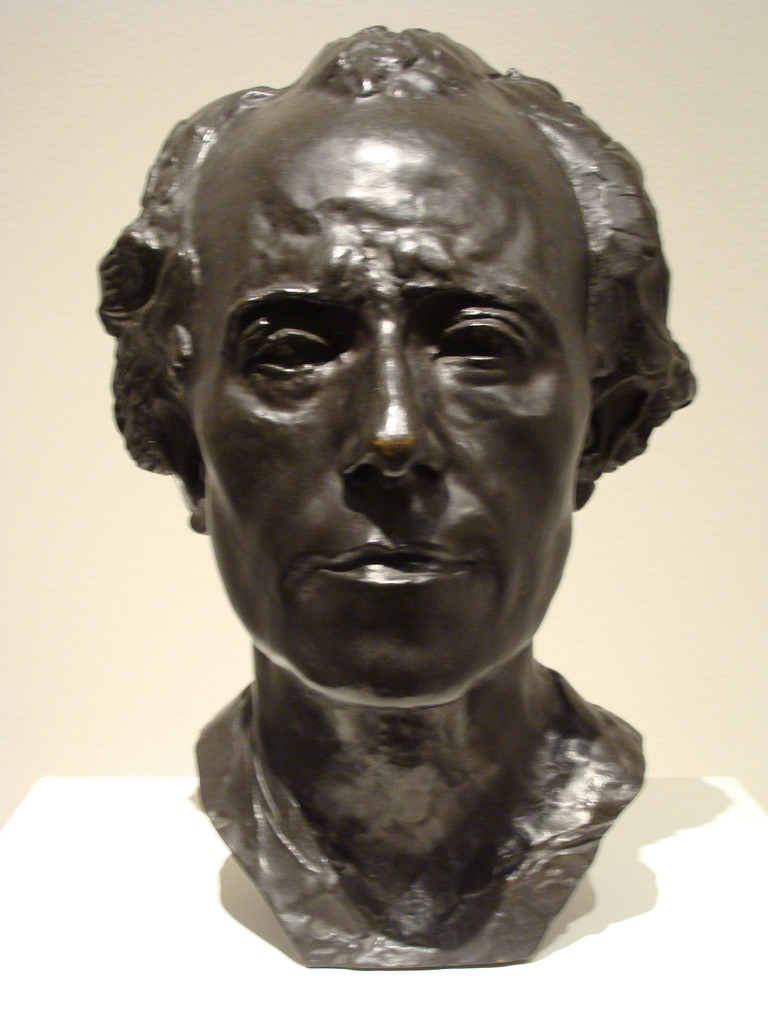