Conductor John Wilson and the Sydney Symphony Orchestra gave a powerful and eclectic concert of Elgar and Prokofiev in the Sydney Opera House.

The Elgar Symphony No. 2 in E flat major, Op. 63 (1911) is a complex and hybrid work that always surprises and thrills – on its all too rare outings.  It begins with the great upswing of its sprung first gesture, almost hovering on the precipice – and if Wilson and the orchestra couldn’t quite give it the tension that Barbirolli engendered in his recordings this was still dashing music making.  This long work is full of deep contrasts and makes intellectual and emotional connection with his contemporary, Mahler – with its related tread of march like sounds that cast visceral emotion across the orchestra.

It almost seems to hint at the savagery lurking within post Belle Epoch Europe, particularly the third movement when the pressure towards destruction is  almost inexorable.  This is a savage orchestral ride that the combined forces delivered with great strength. Like Ravel’s La Valse, this music it is full of the same dark bittersweet sounds.

The SSO playing was particularly thrilling.  Elgar is a great orchestra, especially for the strings. The various stylistic counterpoints that violins engage in is marvellous to behold, layering  a  textured sound, while the cellos are delegated to deliver sonorous, velvety melody and the violas thread their soft querulous comments across the musical landscape.

The slow movement – ‘Larghetto’ – impresses as a deeply personal. statement that hints at the romanticism and angst that both Elgar and Mahler imbibed.  Both composers were essentially outsiders: poor/rural, one Jewish in a Catholic realm, one Catholic in a Protestant ascendency. Both were prickly in their unique ways, and both were able to delve into deep and potent melancholy.  Mahler may be the more sardonic, but the snap of Elgar’s orchestration drives him a good run in the startling stakes.  The tender and increasingly impassioned nature of this funeral march movement drew a long draught from the well of Beethoven and his Eroica, but has a sadness and invective that is purely 20th century.  The orchestra made visceral its many beauty and inspiring excesses, and in its coda, the soft recall of deep and shattering feeling is given with a sigh that almost breaks the heart.

The finale is incredibly rousing – not tub thumping, but muscular. Like the last movement of Elgar’s Enigma Variations, its sprung tread is sharp and bold, the upsweep of emotion truly arresting – again like Mahler in the finales of his 5thand 7th Symphonies.  Daringly, its unites all the moods of the symphony with its tenderly aching coda which brings us to rest on the soft questioning notes of pain and delight – as though exhausted and recollected in shadowy spaces.

Before this came the concerto, performed by Lukáš Vondráček.  He is a deeply satisfying pianist: his playing radiates, energy, wit and poetry.  The wide-ranging dynamics of the Prokofiev Piano Concerto No. 3 in C Major, op. 26 (1921) were fully arrayed in the keyboard dash of the young Czech Pianist. The witty interplay between orchestra and piano was unfolded with masterly precision, the flecks of colour that Prokofiev places on the musical canvas, often pointillist in nature, built dextrously on the pert and percussive brilliance of the piano allowing for the emergence of dazzling colour by pianist and orchestra.

The humour of this music is starkly brilliant, Gallic at times, but the motorific sheen lets us know that this is early 2th century music full of Russian stride.  All the elements of Prokofiev are here:  the sardonic, the brutal, the witty and the deep-seated romanticism that was to blossom forth in the later violin concertos, ballets and the 7th Symphony. The luscious romanticism that sweeps on stage in the last movement was grandly placed and played by all.  There is such elemental frisson in this concerted swoon of nostalgic elegance, but in its lingering excesses it also summons forth the martini-dry humour and dazzling levity that Prokofiev always seems to mint anew. Prokofiev and Vondráček live is a special experience.  One realises how demanding this work's emotional range is and how exhausting its piano washes are, cascading and coruscating across the keyboard.  This performance was one for the Gods.

The concert began with a late work of Elgar (1922) gilding Bach with his own lustrous orchestration:  The Fantasia and Fugue in C minor BWV 537. Purists might wince, but given the kleptomaniac tendencies of Bach, both from himself and others, it was arresting to hear how the timbre of the organ fantasia was spread across the orchestra, its mournful procession glistening with light and shade. The Fugue was breathlessly inventive with staggering brass writing and great waves of febrile sounds – harp and percussion in particular.  The orchestra limbered up for its dashing finale with intensity and accuracy, keeping a lithesome energy in play across all sections.  Elgar is a late romantic, but his robust idiom found connection with the ominous clarity of Bach in this effective arrangement – channelling musical thought across centuries. 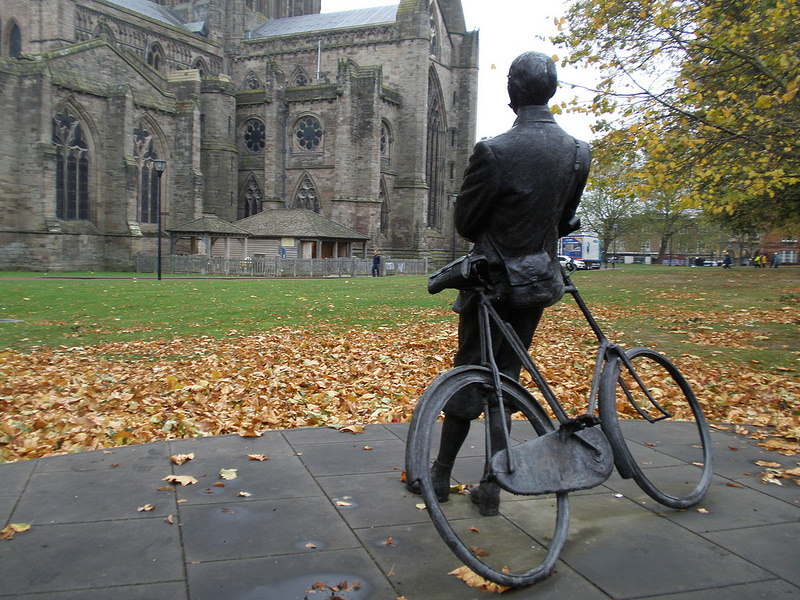