Beware the lustful King – he crushes the Queen

Anna Bolena (1830) is a long opera: three and a half hours on opening night of this new digital production by the Italian led team that bought us last year’s Aída (Davide Livermore, Gio Forma, Mariana Fracasso. John Rayment, D-Wok).

The elaborate nature of Donizetti’s vocal line, its admixture of declamation and ornamentation, was sung with great conviction by a cast of Australian and international singers (Albanian, Romanian, Italian).

Ermonela Jaho as Bolena gave a performance of stamina, viscerally gradated across the emotional scope of Anna’s deadly predicament. The final scene with its dolorous cavatina and swiftly rising cabeletta combined ardent naturalistic acting with deft and dazzling singing.  The risk this singer takes with her distinct, floated soft notes is both joyous and moving. Prostrate on the floor, her pure tones rose up as though breathed on the wings of a perfectly distilled sadness, to ensure that Donizetti’s 19th century inspiration can still make a strong impact.

The coup de theatre of her execution was simple and strong. Her elaborate brocaded gown was swiftly torn away to reveal a shocking simple red dress: at the same time the stage was flooded with blinding white light.  Jaho is small in stature, but she summons vocal power that projects a high voltage impact. The highlight of Act 1, when she turns on the King, in utter and terrible disbelief that Anna will be condemned to trial ("Giudici ad Anna”), was thrillingly staged.  As she pounded the King’s chest the courtiers recoiled in horror.  The electricity of this scene was given special uplift by Renato Palumbo and the Opera Australia Orchestra.  The ensembles in this work are musically sharp and dramatically effective – generating power and tension through simple means.

The Opera Australia chorus sang with good diction and ample heft, The lamenting Chorus of Act 2 was finely sung by the women, almost hinting at “Patria Oppressa” from Verdi’s revised Macbeth (1865).

Jane Seymour was sung with tremendous power by Carmen Topciu.  Though her acting lacked the dynamic range  of Jaho, it was appropriate to her despair at being the cause of Anna‘s  demise, and her equally strong desire to lay in the bed of the King.  Her duet with Anna, in the prison, was full of light and shade, anger and guilt sharply delineated, as Anna learns who her rival is: “mio rivale”.  This duet summoned the mezzo-soprano heritage of Norma/Adalgisa, Amneris/Aida, Laura /Gioconda.  The poised beauty of forgiveness that sits at its heart was expansively lyrical and deeply expressive.

Seymour and King Henry VIII (Teddy Tahu Rhodes) made a believable pair of lovers. With his height, dark body (carefully exposed chest and nipple), long handsome legs and punkish, stark silvery hair, this manifestation was designed to highlight masculine grandeur.  Here was a beautiful, wilful, aggressive, animalistic King, chafing at the bit with lust, both of the flesh and of power. He dominated the stage with a truly arresting presence. At one point he sings to his Jane:  “my splendour will pour over you completely” and we could well believe this.  Vocally, his voice was somewhat woolly, and undifferentiated.  The Italian diction was swallowed up in a vocal production that sometimes resembled the low rumble of a wind machine.  We took some of the notes on trust.

Leonardo Cortellazzi as Percy was a passionate lover, feisty with the King, wilfully amorous with Anna and blind to the destructive actions of his own love. His music, particularly his Act 1 cabaletta strongly reflected his rash nature. Cortellazzi’s experienced lyric tenor was pure and penetrating with only a slight spread on the upper reaches.  He was handsomely attired, darkly attractive, long haired, and bearded, without the height and arresting garb of the King, but believable as the wilful frantic lover. His interview with Anna in her chamber, when she begs him to say farewell and try no more to attain her love, see sawed with deep emotion as both characters sought to derail each other with their own sense of love and duty.

Anna Dowsley's Smeaton was convincing as the adolescent page boy in love with Anna and puppy-like ready to die for her honour.  Her rich alto voice, with its upper reaches also richly displayed, filled out this trouser role with dignity and ardour, reminding us how coloratura can engender forceful displays of emotion.

The costuming (Mariana Fracasso) was graceful, dazzling, post-modern. The King, in particular, was dashingly attired.  Anna’s gowns sometimes recalled the image of silent film stars such as Theda Bara,  but they also instantiated a stage worthiness, encouraging dramatic movement without drowning the occupant in weighty opulence.

John Longmuir was suitably oleaginous as Sir Hervey, like a flacon with his sharply spiked dreadlocks. His tenor voice carried across the theatre.  Richard Anderson always creates believability in his comprimario roles.  Lord Rochfort’s passionate embrace of death in Act 2 was nicely upbraided, plaiting his heroics within the brighter vocal tessitura of Percy’s death wish.

The digital imagery of the production was restrained but arresting, with much telling tromp l'oeil  patterned into the murky, slightly crazed reflections of palace grandeur. It implied tessellated walls, rich and murky royal tapestries – dark stained glass, red and amber glazed reflections.  It use of moving imagery was generally carefully articulated. The bird in flight motif worked well as did the butterfly coruscating pollen across the air.  The business of the scarabs, black beetles eating their way through the regime, was plausible and visually intriguing but somewhat overworked.

What went a long way to competing with and nudging into banality the directorial intent was the shambolic and irritating choreography. The Overture introduced a series of self-indulgent motives – taking us from the selfie capturing modern tourist to the corseted Tudor maid.  The digital visuals in this opening worked well enough, slowly in motion capture disassembling modern London to its medieval London Bridge and then back again, but nothing, unfortunately could save its accompanying  choreography, made even more execrable by the revolving stage: a lazy Susan dishing up cold comfort.  It always looked silly, and at key moments interfered with the scintillating drama that the singers were invoking.  Three dances pretending to be a harp was bizarre, while the same dancers pretending to be birds awaiting execution was laughable.  This invention had the feel of an English village pageant with its inherently atrocious mime and should never had made it onto the stage. Compared to this team’s brilliant choreography for their Aída – this was an embarrassment.

The orchestra shone in this score, with brilliant horn playing and the ability of catch the quirky syncopations, febrile and nervy, that Donizetti summons. The dark palette of the orchestral configurations - the impending doom that hangs over Anna - was arresting from the commencement of the opera.

This is a long evening and has none of the dramatic compression of Verdi, but it does instantiate real people with demonstrable conflicts, both public and private, but still hankers for the vocal display of Rossini:  repeating roulades of sounds and sensibility.  It luxuriates in the vocal and emotion states without the rigour of forward propulsion, but each scene does build towards the climax of Anna'slong death scene, which presents a truly astonishing emotional terrain – madness, tenderness, anger – suffused with a lyrical vein that draws us deeply into this potent, wilfully imagined portrait of a dying Queen. 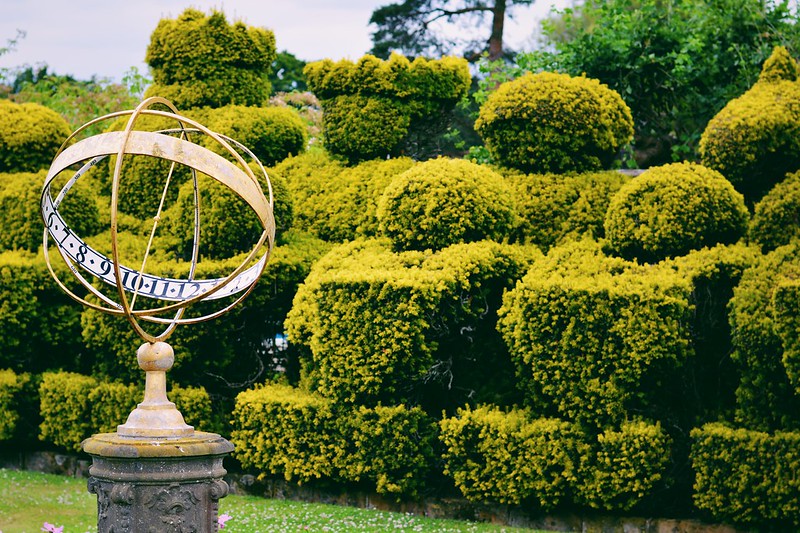