Benjamin Britten gave us a series of wonderful chamber operas and church parables, now Constantine Costi and his Sydney colleagues have given us a garage opera, with a thrilling production of Puccini’s one act opera, Il Tabarro.

Given inside an industrial warehouse/garage that serves as a coffee shop during the day – this production is set in a meatworks (design by Isabella Andronos) instead of a barge tied up in the Seine. A big white transport van takes up most of the performing space.  This van is craftily used during the paean to Paris (Bellville) duet that Luigi and Giorgetta sing; the soaring lines of Puccini are framed by the blazing headlights of the van, dazzling us and almost obliterating the singers.

The cast of young singers are taxed by their vocal demands, and sometimes pushed to their near limits, but the powerful psychology of the piece is given an extra frisson when played by young people.  The power of its nihilism and questing for love take on a raw edge.

The Michele (Daniel Macey) is very young.  The libretto tags him as a 50 year old, twice the age of his wife – so we have to adjust our perspective a little.  Of all the singers, Macey balances best the vocal and dramatic demands of his role.  His final duet with Giorgetta was a miracle of expressiveness, the near reconciliation of these life partners is one of the highlights of this highly compressed opera and was beautifully paced by these two singers, as though delivering a fresh take on the complexity of ordinary human beings and their private dramas.

Giorgetta is given believable strength and passion by Rebecca Claire Moret.  Her voice lacks beauty and focus, but she is a true singing actress and carefully delineates the various aspects of Giorgetta’s longing for a better life within the harshness of her current reality.

All the cast respond viscerally to each other in a vital representation of a small working community – or in some cases a criminal class engaged in shoplifting (Frugola).  Jermaine Chau (Frugola) and Alex Sefton (Talpa) give a warm, thoughtful and richly sung portrait of these very different lovers, with their nostalgic desire for a country life, with the loving cat, awaiting the slow appearance of death.

Geoffrey Knight valiantly undertook the role of Luigi.  His voice managed the high tessitura as well as managing to embed a sense of thoughtfulness in his portrayal of the young lover aching for the boss's wife.  He is a tall and thickset man whose arms tend to fall a little limply from his body.  What his singing and characterisation couldn't deliver was the white-hot Italianate vocal slancio that Puccini writes, but thankfully Giorgetta’s febrile responsiveness goes some way to adding believability to his characterisation.

Blake Parham as Tinca sang well and expressed the underlying thread of existentialism in this work.  He was a believable drunkard with a philosophical bent: drinking makes his stop thinking – for thinking makes him sad.

The chamber orchestra (16 players) led by Luke Spicer were placed above us all – stage left.  The clarity and responsiveness of their playing allowed us to reflect on the neat impressionism of Puccini’s music - the undulating flows of the river Seine and the piquant splashes of city life – and helped deconstruct the aptness of his musical thought.  At times the music seems to anticipate the spiky beauty of Copland’s Appalachian Spring (original version).

An audience of mainly young people responded enthusiastically to this verismo masterpiece.

The Artistic Director of the Australian Opera was sitting next me and hopefully soaking up how elegantly low cost opera can deliver an enormous frisson:  $25 tickets as opposed to the $300 plus at his Opera House.

The direction of Costi was generally first rate, though the laboured use of an animal carcase in the final moment was somewhat leaden.  The murder of Luigi by Michele and the discovery of the body by Giorgetta requires no supplementation – good acting and Puccini’s music deliver the full Grand Guignol goods.

Bravo for young Sydney for renewing the immediacy of opera in such a low rent space – delivering fulsome drama and realism, reflecting fulsomely on the intent of old Puccini. 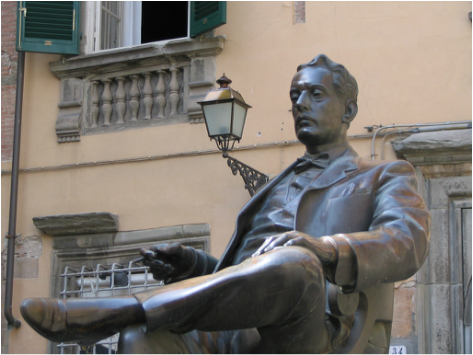