The conductor Simone Young always displays a wonderful grasp of musical architecture and rhythmic thrust – whether that be in new music or in the powerful excesses of 19thcentury masterworks.

At the helm of the Sydney Symphony Orchestra she displayed her prodigious musical talent in rarely heard works.

James Ledger’s relatively recent Two Memorials (2011) was by turns delightfully droll  exuberant and moving.  The aphoristic conjecture in the memorial to Anton Webern seemed to build a mosaic of mournful beauty, summoning an aggressive march a la Mahler and Liszt. The memorial to John Lennon swung with such energy and grace that we were left smiling at its happiness – the soul of simple pop - until the negation  of the Webern piece seeped into its finale pages, both as a recorded sample and via a Mahlerian hammer blow, reminding us of death’s reach. An American soldier’s bullet ended Webern’s life in 1945 and Lennon was shot on the streets of New York by a deranged fan.  The exquisite progressions in both pieces were adroitly shepherded by Young.  Like Liszt, the orchestration surprised and delighted:  electronic harpsichord and tambourine!  Uncannily, this music also reminded us of the jazzy and jagged line that Malcolm Arnold developed in his symphonies.  Ledger invoke similar perky and sinuous brass interventions, always with pinpoint skill. This work demands further listening.

This was followed with a vibrant and integrated performance of Liszt arrangement of Schubert’s Wanderer Fantasy for piano and orchestra, shaping the work’s emphatic generative power into a deeply plausible piano concerto.  Pianist Louis Lortie's strength and responsiveness ensured some of this piece’s four squareness, its density and harshness, was artfully modulated via crisp articulation and a deep attentiveness to the orchestral tuttis and solos.  As Schumann perceptively noted, “Schubert would like, in this work, to condense the whole orchestra into two hands...”. Lortie’s technique and poetic intent meant we could savour the original piano fantasy while marvelling at the setting that Liszt crafted - with deep respect - enshrouding the starkness and longing of this heroic work with sympathetic and imagination orchestration.  The dovetailing of soloist and orchestra was stylishly enforced by Young.  Her grasp of its dynamic and expressive range let us note the piquant confluences of orchestration. The dolce con grazia on the strings was beautifully spot lit – with the requisite cantando - while  the piano glissandi were in fascinating and febrile consort with flute and trumpet.

The breathing inspiration of Liszt, ensured once more his ability to understand and showcase the music he loved – and if this had none of the breathless fantasy that say some of his Verdi transcriptions have, it did ensure we relished once more the heroic achievement of Schubert.

This fulsome concert ended with a rare performance of the Liszt Dante Symphony (1857). The grinding sonorities of the ‘Inferno movement’, trombones and multiple timpani edged with growling basses, quickly enchants the hopeless journey, as trumpets summon the forlorn on their way to infinite pain.  This work had lessons for Wagner and learns from some of Verdi’s brass injunctions – it is a grandly operatic symphonic movement.  The clattering descent, the swirling woodwind, the blazing brass were seismic in this performance. Young kept the temperature high, but it was a clear heat.  This is music that haunts with its energy and rancour, though the pain is often strangely cauterised.

The orchestra responded magnificently, keeping the works vigorous tempi and mood changes in lock step.  The orchestration is truly imaginative.  The roiling waves of flute clipped by the soft terror of edgy strings almost invokes Shostakovich, while the strings seem to slow down with Mahlerian weariness and exactitude.  The brass often invoke Verdi and Berlioz in requiem form.

The use of the harps was bardic, singing the ghosts of Francesca and Paolo into visceral sadness.  The  bass clarinet solo in this middle section was moving and salutary, soft and low, as though the loneliness of lost happiness was being summoned and gently worked across the entire orchestra – supported by lamenting clarinets.  The sadness of love and passion lost haunts this work. Harp and strings invoke divine yearning - almost Wagnerian - but in a post-coital mode now unending torture and consciousness beckons. Not only is the orchestration marvellous, it instantiates strange and uncanny moods. The love death was but an addled dream  Young underscored the logic and beauty of this symphony with clear architectural foresight.

In the ‘Purgatorio’ movement, Young and her forces seemed to capture the nervous enervation of its material with an uncanny tempo that bought us quieter reflection and the febrile flicker of concern that arose from all those pleading penitents.  The music seems to swell and decline like a breathing animal: enormous lamenting fugue dissipating into sparse flickers of consciousness.  The music generated complex sounds, with plangent yearning summoned by the harps.  The anger and turmoil of the first movement is recollected in quieter tones, yet within these gossamer threads the semblance of nagging anger lingers, like patience learning to modulate across an aching loss.

Though Liszt took Wagner’s advice and did not attempt a finale invoking paradise – the Magnificat was in its additive clarity and sweet harmony was a very celestial affair, the sopranos and contraltos of Cantillation placed high in the circle of the Concert Hall with their harmonium. There they radiated a vocalise of pinpoint benediction, not cloying but crystalline – and floated their earthly sounds in an arc of mysterious forgiveness. Naïve, blissful, the dovetailing of vocal and orchestral timbres was beautifully managed by composer and conductor.

This symphony should be a warhorse of the 19th century symphonic repertoire, but it is still sparsely scheduled. But like Mahler, Liszt’s time has come, as the protean and questing nature of this complex musician and composer is being more fully and thoughtfully explored.  Young is unequalled in exploring and highlighting the mysterious beauty of such large scale works. 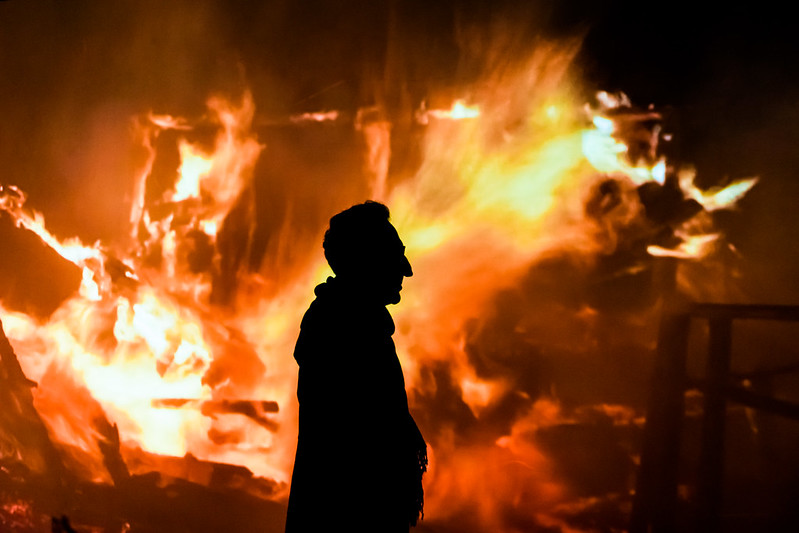