The House of STRANGE Despair – the ghostly life force

Aribert Reimann’s chamber opera – Ghost Sonata (1984) – is both chilling and thrilling in its portrait of the living dead within a wealthy household. It denizens reflect on each other’s fears and enmities in the ennui of a gravely scaled house.  Its apotheosis settles for the good life, lived in the sunshine, which its youthful ultimately protagonist strives towards.

This Opera Australia production, given in their workshop space at their Surry Hills headquarters, runs for 90 minutes without a break and delivers some arresting vocal, visual and instrumental frissons.  Based on the play by Strindberg (1907), the English translation from the German was generally well pitched and effective in its storytelling strands.

This staging is dark limned without being suffocating.  The everyday ordinariness of its negativity, fixed on the life defying relationships of a blinded group of soulless people, is richly choreographed via a single set with mirror effects that fracture and reflect on the angst lurking in the household of the imposter colonel, his deranged wife, the beautiful daughter and their deadly cook.

The windows of the house in Part 1 open and close, reflected on the stage floor, and we see these creatures of the house from a distance.  Magically, through the mirrors, we see The Student floating upwards to the house window to grasp the hand of the  beautiful Young Woman who seems to sing sweetly and seductively, accompanied by  limpid flute. Emma Kingsbury’s design (including costumes) and John Rayment's lighting add much to the stylish threat lurking within these identifications of a world off kilter.  In this production the fountain becomes a storm water drain.

Jacob Hummel, The Old Man is well sung by Richard Anderson, without always catching the sheer dark menace of his black black soul.  His machinations - setting up The Young Student to become  entangled with the household and thus enmeshed as another victim – are understated, but with a sharp, humorous, tang to some of his words.  His desire to exact vengeance on the family is strongly articulated.

Shanul Sharma as Arkenholz, The Student delivers his horrendously high tessitura with both beauty and integration, taking high notes with occasional tension but landing firmly while  etching some of the fixated horrors of the character.  His ability to see the dead (The Milkmaid murdered by Hummel)  makes him ripe for the suggestive engagement with the near dead.  He is the pivot of the work in the sense that he idealises the life of the people in the house: he without family wants family.  His vulnerability sees him drawn to the people who may have sent his father mad, and the man who may have bankrupted the same father.  The threads of the living and the dead coalesce in this horror story.

Dominica Matthews as the Colonel's wife - The Mummy - essays a thrilling assumption. This role was premiered by the late great Wagnerian, Martha Mödl, and Matthews did her predecessor proud with her rich contralto voice and sharp characterisation.  She made its wilful comedy with delicious restraint – the bird calls starkly pecking at our consciousness - while summoning the role’s weariness with overarching sadness. When she turns on The Old Man – and excoriates his dark secrets - we see what a truly complex role this is.  Matthews is a splendid artist.

The high tenor and trumpet of The Colonel reminded us of Berg and Wozzeck. In part 3, his nervous vocalise was heroically managed by John Longmuir – as his pretences and fabrication are unmasked by the Old Man:  pathetic and nasty as he surrenders everything to that blackguard bound by the long threads of blackmail.

The duo servants, Bengtsson (Alexander Hargreaves) and Johanssen (Virgilio Marino) were nicely contrasted in their balance of disdain and obsequiousness as well as vocal types. Part of their façade cracks when The Old Man plots the demise of Johannsen for knowing too much.  “Betrayal and sickness” linger in the room where the ghost supper takes place.  A family of strangers (who may be dead) meet with clockwork regularity for a non-event, like a silent postmodern dinner party.

The Old Man may be the father of The Young Woman (Danita Weatherstone), she who clings to her death flowers – the hyacinths.  She accepts that she may be being poisoned but that escape from this temple of decay would mean her real death.  Her strange love duet with The Student happens under the dining table of distress – as though the recalcitrant children were hiding from the machinations of the adult world.  This moment of dead repose was sweetly sung by Weatherstone and Shanul.

Ruth Strutt‘s cameo as The Cook was all shrewish devilment as she magically relieves her food of any nourishment.

Warwick Stengards conducted his alert chamber orchestra with detail and passion in a work that is full of interesting orchestration - layering mood and dissonance across a complex sound matrix. The high double base within the chamber orchestra was thrilling to watch and hear – as was the prepared piano,  like nails scratching on a brittle surface,  summoning the glassy tension of weary survival.  There were some interesting juxta positioning of bassoon and bass clarinet.  This orchestra both urges action and comments on it.

The direction by Greg Eldrige was effective – heightening the grand guignol antecedents of the work – but also making these strange beings believable. The costuming was handsome and effective, the ghostly make up judiciously applied.

The complexity of the music sometimes mitigates against engagement, and the tension between scenes occasionally feels attenuated.  It doesn’t possess the increasing tension and haunting longing of Britten’s related ghost story, The Turn of the Screw (1954).  At key points, the music can't add to the tension on the stage. The scene when The Mummy instructs The Old Manto kill himself is nicely staged, but the music doesn’t necessarily heighten its chill.  This arises when the closet door is opened and the noose hangs waiting for the old man’s acceptance.  There is almost a Brechtian distancing at work.

The apotheosis of the opera, when The Student yearns to escape the cloying sadness of the  household he once desired to enter, is beautiful and thrilling, simply staged.   As he slowly moved towards the daylight, the music rises to his pitch with ecstatic melismas.

Opera Australia have again shown the value of having their workshop performance space tackle chamber opera.  Sightlines are good, the stage areas itself is large – and the communal aspect of the audience is warm and encouraging for witnessing the rare and unusual. 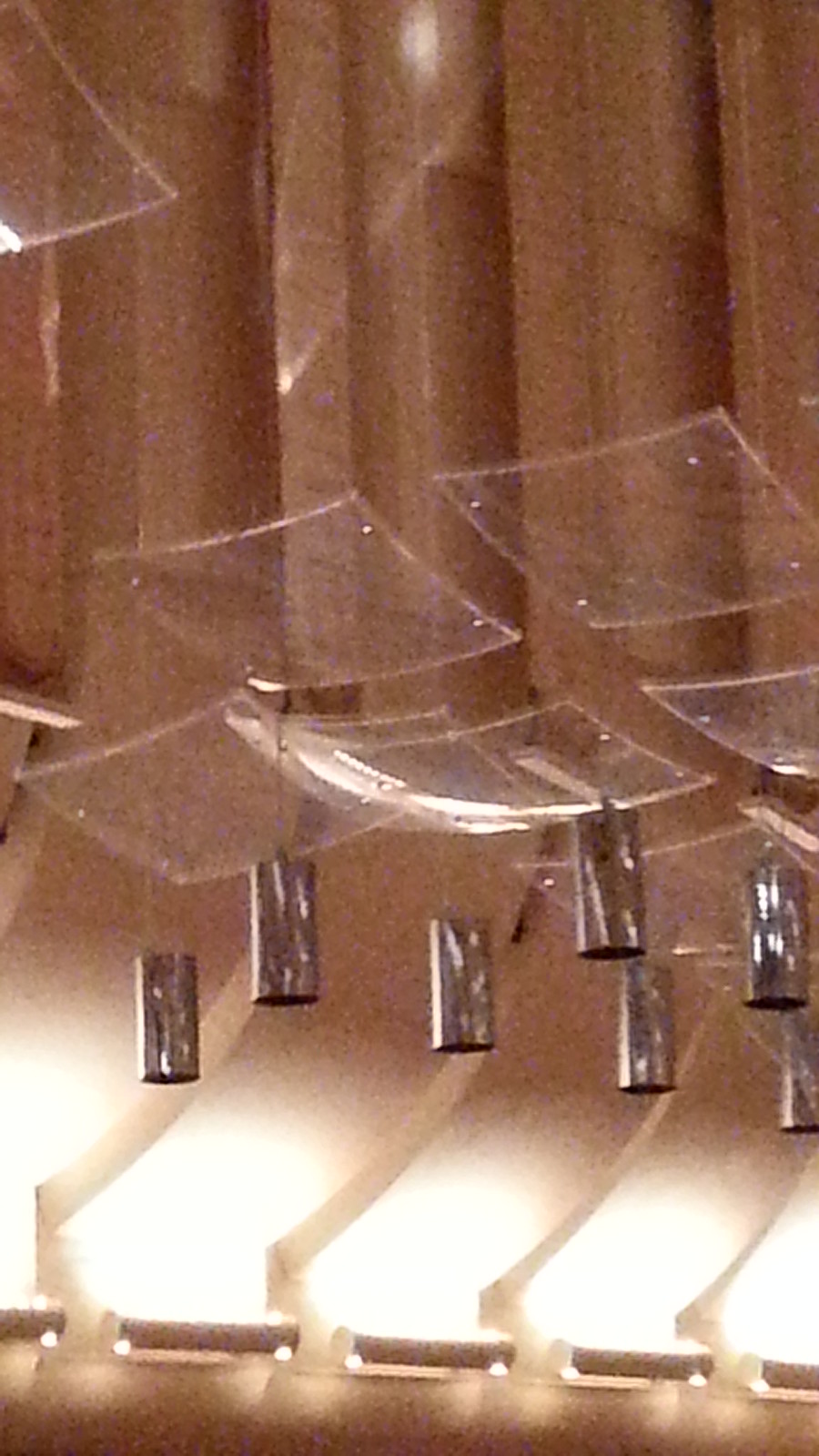