The Sydney Symphony Orchestra's Mozart celebration is a deluxe affair with a series of programs that riff on the operatic suavity and energy of the Austrian wunderkind.  Each evening features an overture, a symphony and two piano concertos.

This was a richly satisfying evening, not least because of the sprung rhythm of the orchestra, led by David Robertson (proving that modern symphony orchestra can play lithesome Mozart) and the wise beauty of Emanuel Ax’s piano playing.

The piano concertos bring us close to the central tension that seems to operate throughout Mozart’s music:  the deep serenity and the darkly suggestive, the rhythmically perky and the minor mode the skirts tragedy, the good humour and soft tears.  One often sighs with contentment or laughs aloud at the sheer exuberance and beauty of his invention, parsed on a whispered tone, on a flicker of the wrist.

Emanuel Ax gave a chamber music performance of these crystalline works, responding attentively to the luscious woodwind ensemble that seems to echo and tease his silken threads at the keyboard.  So that the distilled beauty is always playful, attentive, hovering near some deeper meaning –similar to what the lovers in Cosi seem to experience when they tender their bodies and minds to a new sensual experience/order that delivers a different kind of romantic frisson – childlike but memorable in its aftertaste.

The first movement of K451 was deeply satisfying with its crisply articulated martial atmosphere– again bringing memories of the staged decampment of Ferrando and Gulgielmo from their betrothed ladies in Cosi.  The virtuosic configuration that builds across this movement was suggestively handled by Ax, coaxing its filigree into a radiance that balanced the sparkling with the warm-hearted.  The rhythmic thrust of the finale was also shaped with taste and energy, giving us the complex balance that seems to animate this music.

After interval, Ax, Robertson and the orchestra essayed K 453.  The slow movement of this work is achingly beautiful with the oboe almost in operatic duet with the piano – supported in their meditation by a lush bed of strings and bucolic horn.  This music breathes with a sense of calmness and reflection – again, reminding us of the spacious duet been Fiordiligi and Dorabella in Cosi.

In this concerto, the island of wind players were actors of the highest sensitivity – flute, oboe and bassoon responding and reflecting in a discourse of touching humanity playfully alert to the piano’s eclectic mood:  s at once, flirting, consoling, chiding, counselling.

The boisterous finale was full of joy and syncopated laughter and the lilt of a musical benediction – blessed with lovely horn curlicues.  All worthy of a broad smile and a deep chuckle.  Ax gave it with a deep grained humour, bedded on an unforced technique that seems to understand the restorative power of laughter and the carrying power of a gentle touch.  His sound floated out across the auditorium on the hushed concentration afforded by this large audience.

The final work in this fulsome concert was K543, Symphony No. 39.  This was given a lithesome and humorous performance, built on the zest of its first movement Adagio/Allegro - full of latent power and pure line.  The introduction of the clarinets introduced a piquant and ardent tone to the musical canvas.  Throughout, Robertson kept the pulse of this music vital.  Likewise, in the slow movement. the surge of beauty was not sacrificed to languor – the rich scoring was displayed with clarity and enjoyment, once more highlighting the expressive nature of Mozart’s woodwind writing.

The buoyant finale saw Maestro Robertson almost levitating with joy – a little bit of the Barnum and Bailey showman at play – yet ever alert to the yin and yang of this movement, its piano/forte spectrum of surprise, attack and suspension.

This was delightful music making that thrilled, enchanted, amused and deepened our understanding of the playful and wide-ranging moods of Mozart, as always hovering near the sublime. 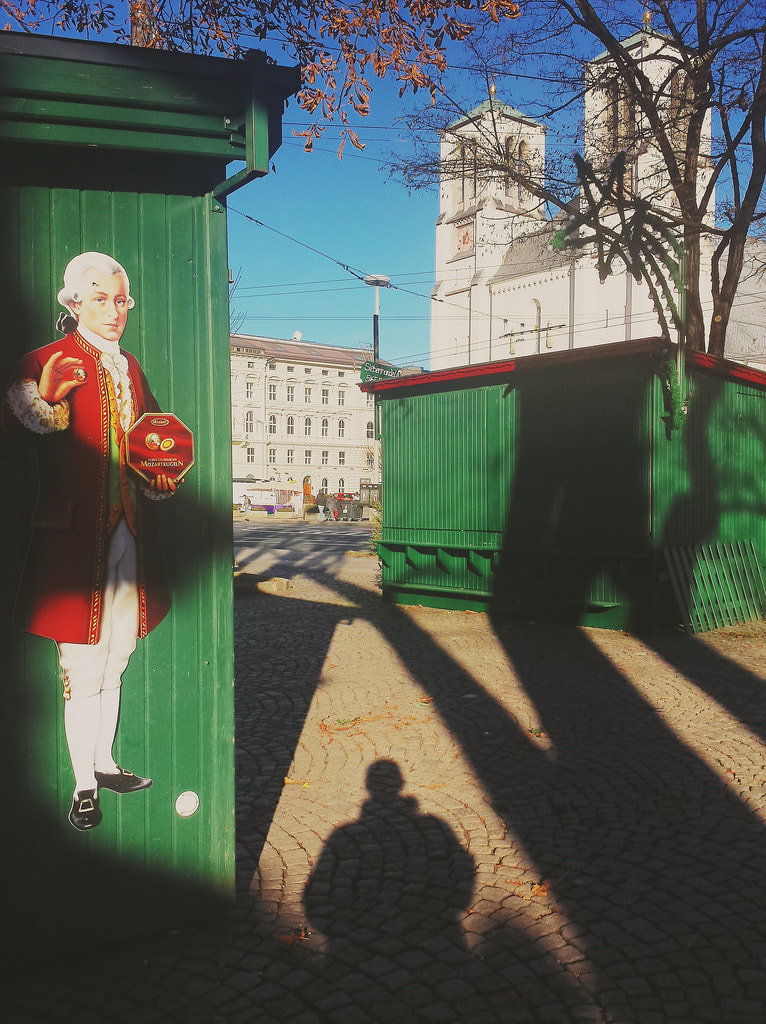