David Mamet’s Speed-the Plow (1988) does not seem a riotously funny play, though advance publicity might suggest otherwise. Droll would be a better word for its ambience.  It is certainly four square in its take on cinema and gender – as though hybridity was an unknown substance. Across its 90 minutes, the 1950s seems to reign supreme, albeit curdled in aspic.

In this lightweight revival for the Sydney Theatre Company (STC), directed but not adapted by Andrew Upton, the essential misogyny of Mamet is somewhat ameliorated by the delicate and believable acting of Rose Byrne as Karen, the temporary secretary in the Hollywood producer’s newly minted office.

The play offers much noise and shouting.  The energy of the language is never in doubt, but its purpose is somewhat fitful.  Its purported discourse on love and commerce doesn't seem particularly deep.  It raises more chuckles than shafts of discovery, though the middle of the three scenes (act seems too heavy a word for their content) does give us a funny and thoughtful take on mismatched expectations between the sexes and a chance to see one of the male protagonists, Bobby Gould (played by Damon Herriman), reconnecting with some of his naïve youthful ideals while navigating his well bred strictures on what constitutes a successful movie.  Both Byrne and Herriman are excellent in these exchanges at the movie producer’s house.  We explore their character’s ideas and feelings with some level of precision.  The semi-catharsis they both experience is somewhat believable, though whether it carries the audience forward into Scene three when Gould has dropped his prison buddy movie (with the bankable star) and is now focused on the sissy easterners turgid (the world is dying) novel about irradiation and god is a moot point.  We don’t quite believe his conversion, no matter how hard Herriman works.  Nor does the oppositional binary of commerce/art that Mamet riffs around seem deeply plausible.

The passion of Charlie Fox (Lachy Hulme), the subordinate friend/colleague, is all over the shop, as is his accent.  Hulme is a big loping man who doesn’t quite reach the level of venality that the character seems to ape.  His explosion of anger in Scene three, when he imagines that the big movie deal of his life is about to evaporate on the whim of his friends mid life crisis, is well choreographed.  His interrogation of Karen about why she slept with said friend (Bobby) has some nice touches – he is both teary and revengeful. But unfortunately it also sets up the inevitable emptiness of the female role, as a cipher for male aggression and seduction – i.e. real men’s work.

Karen whimpers out of the play and the neat ending with the triumph of normality is unsatisfactory. We wonder what the sound and fury was all about. The ‘sissy’ novel and ‘the woman’ are set up as tame and formulaic constructs, as the flawed counter weights to the reality of making money and films for teenagers.  Novel and woman were always going to lose out in this world.

The play feels sketchy, its verbal sparring strained, but also effective in delineating the horror and emptiness of lives focused on the dream of making a ‘golden goose’ fortune. Here language is used as scaffolding to support the inevitable decay of each man’s withering humanity.

But the fury that Mamet seeks to invoke seems underwhelming on this occasion.  The concerns of two undergrown men and their career pathways neither alarm nor inspire, though the pulverising language did bring forth grim humour, giving a glimpse of the two male protagonists back stories and how they might have arrived at their current situations weighted down with deadly expectations.

The staging was minimal, as though the STC might have run out of money.  Fortunately the simple glass windows in the middle scene were very effective.  The opening and closing office scene, full of props for an office refurbishment, seemed to promote much hanging around near the door, or playing with the painter’s ladders, as though reality could be drawn from their three dimensions.

Mamet’s characterisations are fitful and seem to hover around archetypes. Watching this play made me think about the musicality of its language.  The dialogue between Bobby and Charlie in Scene one as they rehearse each other’s generosity, testing its boundaries and realities, seems ripe for music, with its repetitions and echoes: almost operatic.

The Russian nihilism that underlies Mamet’s archetypes needs to be particularly visceral.  These men are sleazy, razor sharp characters with a sense of menace coiled tight around their diminished worth.  In this production, Upton and his boys only achieve that state of being in fits and starts.  Byrne’s tenderness gave us a different voice and shape – gracefully comic – but her character is ultimately sabotaged by the author for his own philosophical ends. 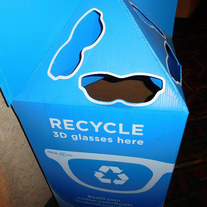