The Verdi Messa da Requiem (1874) is monumental in the sound world it unleashes, but also sweetly human in its passages of great stillness.  The end of the work, with its soft voiced begging for salvation, draws on the ethereal finales of Forza and Aida, but gives them new context: all the supplication of the penitent.

For an anti-cleric and non- believer Verdi manages to ride the visceral urges of an imagined faith with his arcs of radiant sound deeply intact.

This performance, conducted by Oleg Catani, was grand in feeling and strong in rhythmic pulse.  The Sydney Symphony Orchestra followed his experienced hand with strong attention. The offstage blast of trumpets at the “Tuba mirum spargens sonum” - calling forth the day of judgement - were full of sonic splendour.  Such simple means, but so devastatingly effective, built on the explorations of Don Carlos and Aïda.

The exposed writing for the four soloists was well handled.   The Bass, Jérôme Varnier, last heard in the Dutoit Pelleas et Melisande on this same stage, was sometimes lacking in that rich italianate sounds that thrills, but his “Mors Stupebit” did manage to place with gradated precision the thud of the text: “now death and nature shall be stunned when the dead rise”.

The Tenor, Diego Torre is splendidly reliable and sings with ingrained passion and Italian slancio. His “Ingemisco” was sterling gold, and if not the honeyed sweetness that some tenors impart (dolce and dolcissimo), it was full of meaning.

Catherine Carby (Mezzo) was deep and warm in vocal tread and instilled attention as her incarnation of the “Liber scriptus” opened forth the telling of all sins.  Like all the soloists she responded imaginatively to the Latin text and its story telling.  No dispassionate Stravinskian distancing operates in this work.

Angel Blue has a warm Soprano voice of velvety richness that glowed across its range.  The Agnus Dei demands precision and unearthly beauty. The  voices of Carby and Blue blended with burnished ease – each exposed return of the lamb of god theme thrillingly placed. Likewise, their voices blended exquisitely in  the rocking lullaby of the “Recordare”.

All the soloists sang together with precision – even when trickly exposed.  In the Offertory, the “Salva me, fons pietatis” was richly imploring, wave upon wave of human energy begging for forgiveness, while the “Quam olim Abraham” was rock solid.  How Verdian that this magnificence then leads into the intense beauty of the “Hostias”.  Verdi often instantiates a mini opera within each section of this blazing work.

The drama of the Lux aterna was beautifully foretold by the Mezzo, Tenor and Bass.  The variety of sounds and expressions that Verdi draws from this text is both stupendous and heart-warming.

The Philharmonia Choirs were fulsome in sound and clarity.   The day of judgement was richly summoned – the wildness of the vocal wring matched by the fall of the scurrying strings as all forces were unleashed on the terror of the side drum's slashing fury.  These are awesome sounds to hear and behold.  The various crashing waves of the Dies irae, dies illa continue to thrill.  In the Sanctus the Choir's singing was full of praise, almost over reaching with joy on the forward rush of this thumping fugal hymn.

The Libera me, is always a testing time for Soprano.  It begins with dark grained voluble pleading from the soprano who shows off her deathly pallor and then summons forth the mighty return of the crashing Dies Irae theme.  Soprano and Choir bought to light all the fear and trembling (Tremens factus sum ego et timeo) that Verdi demands, then stepped back to allow the tracery of the final “Requiem Aeterna” that the soprano must float on high.  This was fulsomely pitched by Ms Blue with the just the hint of a dimuendo.  This is one of the many exquisite moments in a miracle of invention where benediction seems rife and Verdi’s humanist credentials are glowingly present.

This then triggers these very human protagonists, soprano and choir, into the swirling ferocity of  the living begging for mercy.  Angel Blue lived out this drama in words and music. The barely whispered intoning of the Requiem aeternam (sotto voce) that commences this work is matched by this quiet, suspended conclusion, pppp no less.  We too mouthed “Libera, me/Libera me” - even the atheists.   It is a measure of the universal worth of this work that all may partake of its very human struggle towards the light of love.  This performance surged towards the eternal grace that Verdi so lavishly  created. 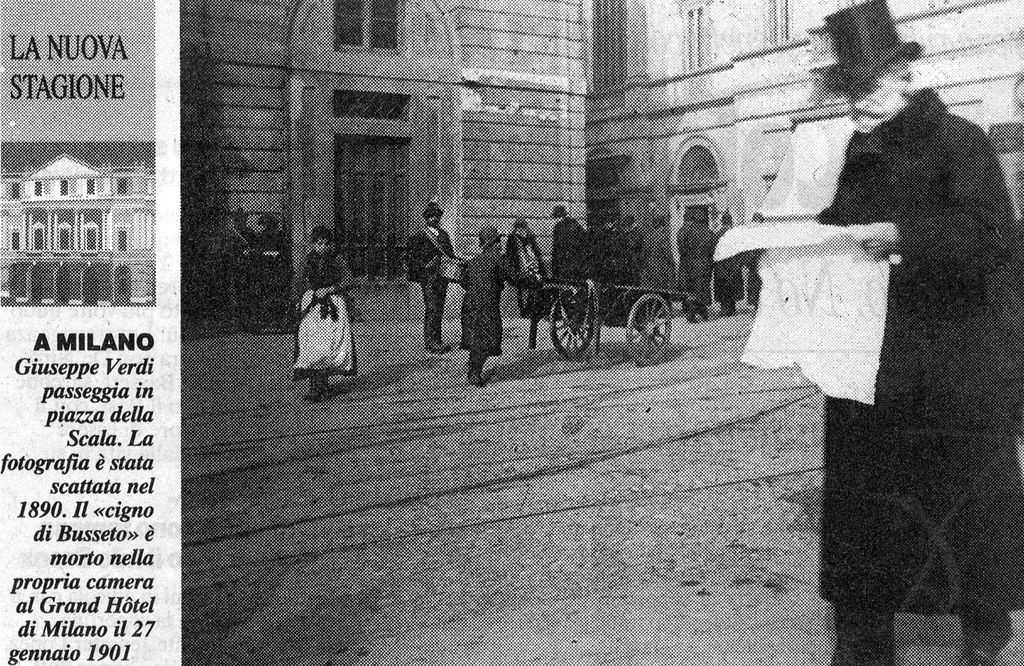