The life force that thrills, inspires and delights

Three performances across seventy years is not a good innings for one of the great symphonies of the twentieth century. This third Sydney performance of Carl Nielsen’s Symphony No. 4 The Inextinguishable, FS76/Op. 2 (1916) was under the baton of the young Australian conductor, Jessica Cottis who unleashed the primal beauty of this work with vivid control and rising power, ensuring its blood stream flowed with the utmost vigour.

Cottis ushered in the strong limbed musical conflict of the first movement with authority, directing its blazing incendiaries and thrusting chorales with impeccable timing – this is dark music, but elemental, gleaming with energy, particularly in the trumpet, trombone and tuba interventions.  It often seems to find a spiritual link with the animistic sound world of Janacek and his nagging musical lines.

The thematic material was clearly laid out by Cottis and the players. The symphony’s violence was visceral, its flickering motifs drawn from the natural world.  Here are nightscape sounds that summon memories of both Mahler and Bartok, but always with the irrepressible energy that flowed through Nielsen’s fingers. As he wrote of this work, it contains “everything that moves, that wants to live…in one big movement or stream”.

The “Poco Allegretto” second movement was full of gorgeous, glaring wind interventions, like  postmodern Schubert summoning  “die nachtigall und grille”,  bedding these down for the night yet still nagging this rich musical material towards its apotheosis.

The slash of strings, a great cry, that introduced the “Poco Adagio” was coruscating, as was the immense build-up of tension across this third movement, which reaches a plateau of exultation and exhaustion – the musical neurons firing disparate commentary on the inevitability of a huge catharsis – but not yet!  Like Mahler, Nielsen changes the course of his invention and delays.

The leap into the final movement was breathtaking and Cottis spaciously placed and paced its various layers.  The battle within this movement - which would flow with more ferocious intent in the Symphony No. 5 (1922) - was exhilarating as we heard the call of various motifs flicked across the soundscape and sensed the orchestra limbering up for even greater glories.  The gradated power and intensity of the two timpanists was shocking and thrilling in its summoning power – washing over us with its declaration of the supremacy of the life force, the will to live.  As his wife, the sculptor, Anne Marie Carl-Nielsen said at his funeral, his nature and his music “never stagnated, was always on the move, it was running water”. This symphony epitomises the clarity, dashing exuberance and uplifting tang of such inexhaustible waters.  The audience erupted with resounding affirmation of its power to enrich.

The concert began with the granite blocks of sound that Sibelius employed in the construction of his Finlandia (1900).  Like Nielsen, Sibelius is full of deep constrasts between brass woodwinds and strings.  Its snarling brass invocations were layered as precise rhythmic and tonal planes.  The hymn of self-fulfilment that Sibelius unwinds still has the power to move, its nationalist urges potent in the midst of our postmodern schisms .  The Allegro section was heroic, summoning the full orchestra to a grand and shining future.  This is nationalistic music of a very high octane and staggeringly successful in its intent – we all become Finns!

Between these craggy masterpieces came the Lovelock Concerto for Trumpet and Orchestra (1968) – once frequently heard on radio.   It was a welcome hors d’oeuvre – with a palate cleansing tartness.  It is a somewhat neo classic work and riffs eloquently on the power and brilliance of the solo instrument and covers an extreme range.  Paul Goodchild gave a sterling performance managing all its breathless difficulties with incisive and recognisable skill.  In the slow movement, with is various sound mutes, he brought a sad and drifting beauty into play.  This folk song lyricism marks out the English nature of Lovelock’s inspiration. The cadenza in the final movement was very operatic, excessive and nigglingly humorous as it extensively explores the upper register of the instrument.  This work bops along with its own mercurial energy and satisfies Lovelock’s intent to always “provide entertainment rather than cold- blooded intellectual abstractions”.

Energy was the totem for this very satisfying concert, led by an emerging conductor who displayed significant skills and imagination. 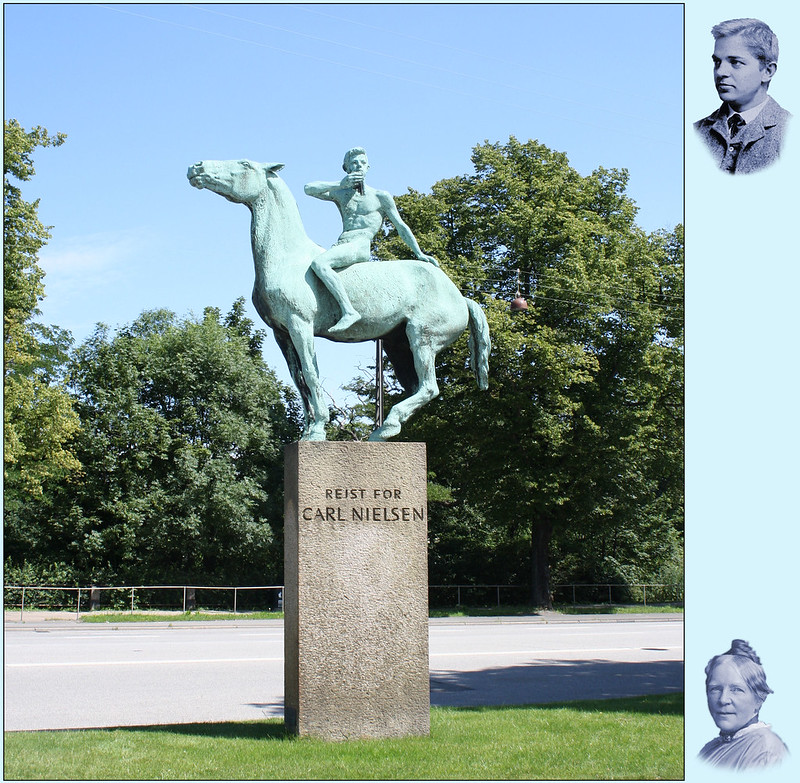