The Finnish conductor, Jukka-Pekka Saraste, bought a grave beauty and sharp responsiveness to an engaging program of French and Finnish music at his recent Sydney Symphony Orchestra appearance.

The soft sinewy flow of Debussy’s Prélude à l'après-midi d'un faune, L. 86 (1894) was launched afresh – with a strong pulse and defining clarity that instantiated poised contributions across the orchestras, flute and harp in particular.  The pointillistic flecking of sound, richly coloured and sparsely applied, was keenly attended to by conductor and players.  It is wonderful to see how this music physically unfolds across the orchestra. The dreaminess of this erotically infused music is in turns tender, wistful and passionate. This performance captured Debussy's fluid potency.

The French course continued with a rare performance of the Piano Concerto No. 5 in F major, Opus 103 (1896) by Saint Saëns – that reactionary genius who was intrigued by the physical and spiritual freedom of non-European peoples and climes.  Jean Yves Thibaudet, demurely attired in his lovely Vivian Westwood suit, gave a dazzling and poetic performance of this hybrid work that brings forth Lisztian chromaticism, modernist syncopations and clusters of Beethoven like chords traipsing across the keyboard.

The sheer fecundity of ideas, gestures, variations and the clarity of their execution was very French in design and performance.  Here was clipped bravura and bell like sonorities with an elongated but bound line in the nightscape of the second movement.  This was crisp and clear French and wistfully classical.  Thibaudet has a strong technique, a dashing sense of rhythm and a tonal range that brings out the best in the rhythmic grunt and crystalline glow of Saint Saëns’ delicate and muscular invention.  At times the piano flows like water – propulsive and languid. The speed of the finale was thrilling as Thibadeut rode the tiger of lithesome invention that Saint Saëns unleashes.

The pianist works hard in this piece. The balance between orchestra and keyboard was well judged. Thibaudet was attentive to various orchestral solos, tailoring his interjections with acute responsiveness, sometimes commenting with a tart melancholy, but always flowing with Gallic élan.

This was a very satisfying performance  of a gem of late 19th century pianism.  For our effusive response to this performance we were rewarded with Ravels’ Pavane pour une infante défunte (1900)– which suffered no exaggerated longueurs, travelling at a modest gait and full of poesie and heightened emotion at each return of its major thematic material.

After interval we experienced a slow-motion plunge into the cool yet monumental world of Sibelius and his Symphony No. 2 in D Major, Opus 43(1902). The chunky runes of this mysterious yet passionate work were magically laid before us, the symphony grinding into gear, sheering onwards with its extraordinary sound world.  Section by section, this work builds into Brucknerian grandeur but also has a lyricism that is almost radiant.   The midwife of this symphony, Baron Axel Carpelan, ensured that Sibelius went to Italy to soak up an ambience that would draw out naturally his submerged gift for “cantabile, balance and harmony, plasticity and symmetry of lines …where everything is beautiful – even the ugly”.

Conducting without score, Jukka-Pekka Saraste built its structure with rising intensity.  The triumphant struggle of the first movement was expertly ushered into being – we registered the various iterations of the rising three note theme.   The second movement was particularly startling in its pared back  grandeur – with its  icy reverberation across the orchestra and haunting bassoon solo – all floated with telling accuracy.  The restless scherzo flashed by with both menace and delight.

In this performance, the blazing climax of the final movement seemed like both peroration and meditation on the supremacy of human life and love – powerful, but lush, rich and sonorous and inspiring a sense of wellbeing that is miraculously sprung from the opening movement .  The power, intensity and beauty of this performance were deeply integrated by conductor and orchestra. 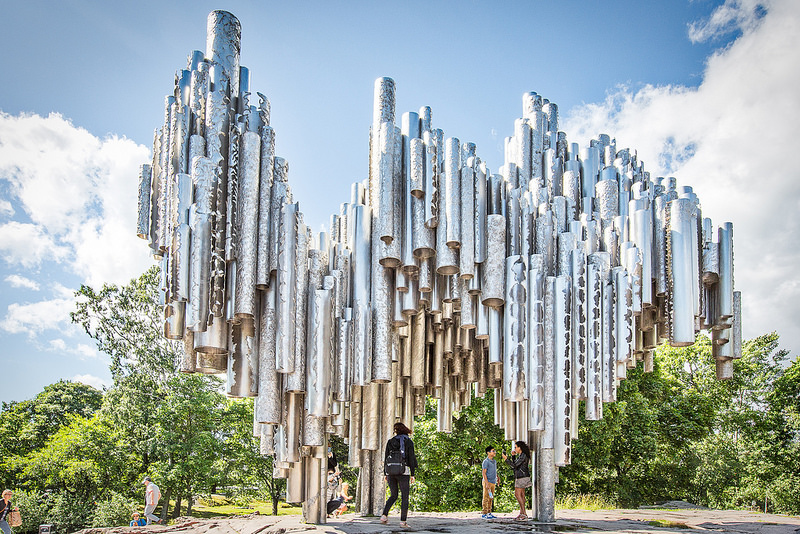