The sea, the sea and ruffled lakes

The Melbourne Sydney Orchestra, under the French conductor Ludovic Morlot, delivered a satisfyingly curated concert exploring music that responds to the sea and other watery landscapes.  It commenced with a rare outing of one of Liadov’s slim, extant orchestral pieces.  The tone poem, The Enchanted Lake (1909) is a precious, delicately layered portrait of a waterway clouded in mystery – remote from human habitation.   It is both delicate and startling, as it hints at the supernatural potency of shrouded landscapes.  The work seems to inhabit a transparent distilled French impressionism with hints of Russian exoticism,  the divisi string were particularly piquant in this performance as were the harp and celesta interventions.  It summoned refracted memories of Mussorgsky’s Dawn over the Moscow River.
​
The Sibelius that followed – Oceanides, Opus 73 (1914) -  was a bracing depiction of intercultural currents:  Nordic sensibility meets Greek myth.  Early on, flutes and harps flecked its sound world into an imagined Mediterranean rapture. But the ocean swell and Sibelius’ patterns of chillsome power was never far away summoned through tremendous sound eruptions, crashing us onto the musical rocks.  This was structured in an arc that expended its energy in thrilling power before returning us ultimately back to the imagined calm and clarity of the opening, though with the hint of a journey’s resolution.

This was nicely juxtaposed with the seascapes drawn from Benjamin Britten’s opera, Peter Grimes: Four Sea Interludes, Opus 33a (1945).  This near suite, lovingly linked to his mentor’s work, The Sea (Frank Bridge, 1912), journeys purposively across each of the opera’s three acts.  In the final piece, “Storm (Act 1)”, Britten creates one of the greatest of all musical sea scapes.

Flecks of colour - stark and beautifully placed - animate the first dawnscape: “Dawn (Act 1)”. Here, high strings are prominent and exposed, shivering, shimmering, in cold textural freshness.   In this beautifully observed performance, the harp seemed to summon the emerging waves with a glint of sunlight:  “shine out”, indeed, on this cold, blasted coast.

The summoning of the tolling bells in the church scene of “Sunday Morning (Act 2)” was well focussed, piccolo and strings deftly spiking the ostinato patterns.

The deep pathos of the Moonlight prelude (Act 3) was naturally engineered by orchestra and conductor, summoning tragedy and loss through its broad strokes.  Woodwind and percussion strike this dark soundscape almost as shafts of moonlight.  The trumpet interventions were finely played and matched by the xylophone’s shards of sound. The simplicity of means invoked stark contrasts with a resultant tension that generates considerable emotional power.

The trajectory of the “Storm (Act 1) is plotted across its portent and actuality: the deft and subtle use of percussion was particularly thrilling. The brass were ferocious and rampant, summoning the thrashing violence of both natural storm and human turmoil, while the prayer-like “What harbour shelters peace” motif was intoned with the requisite benediction.  The tang of this music was clearly articulated, without being overblown.

After interval we jumped sixty years to Marc-Andre Dalbavie’s, La Source du’un regard (2007):  a subtle homage to Messiaen.  Built on a four note motif which is magnified and refracted across the work, this composition is dissonant at times, but always invoking a subtle frisson that seems to embellish a glowing sound world, intricate but throbbing with warm ambience.  The glissandi on trombones were particularly arresting, as was the skilful acceleration that built significant momentum and then released it.  The meditative ambience that ended this interesting work seemed to demonstrated how repeated notes can be clothed in a very French sensuousness, the dissonance revealing surprising texture and colour.

The program ended with Debussy’s near symphony:  La Mer (1905).  Again, the tight structure of this work – its eloquent and piquant instrumentation and minutely varied pulse  - was subtly plotted by orchestra and conductor, allowing us to enjoy its translucent colours and swelling exclamations.  The glittering second movement was particularly enjoyable.  Like the Britten, this is music that depicts human impact and response, artfully structured, but releasing us into a deeply imaginative response to the natural world.  Its many sudden dynamic eruptions were deftly managed, pacing inexorably to its consuming finish of emancipation and exhilaration. Hard to imagine that this pinnacle of the 20th century French repertoire was originally considered “lacking in grandeur” by some of its first reviewers!

As Boulez said of this work, Debussy gives “wings to a supple, mobile expressiveness, … a miracle of proportion, balance and transparency."  The MSO and Morlot communicated this expressiveness with a natural propulsion, always richly coloured across its orchestral palette.

Throughout this satisfying concert we experienced composers finding inspiration in nature, their musical structures built around flecks of accumulating sound, creating rich and varied tapestries that shimmered with colour.  We had witnessed, as Paul Henry Lang said of La Mer,  an evening with "a vibrating, oscillating, glimmering sound complex, caressing the senses". 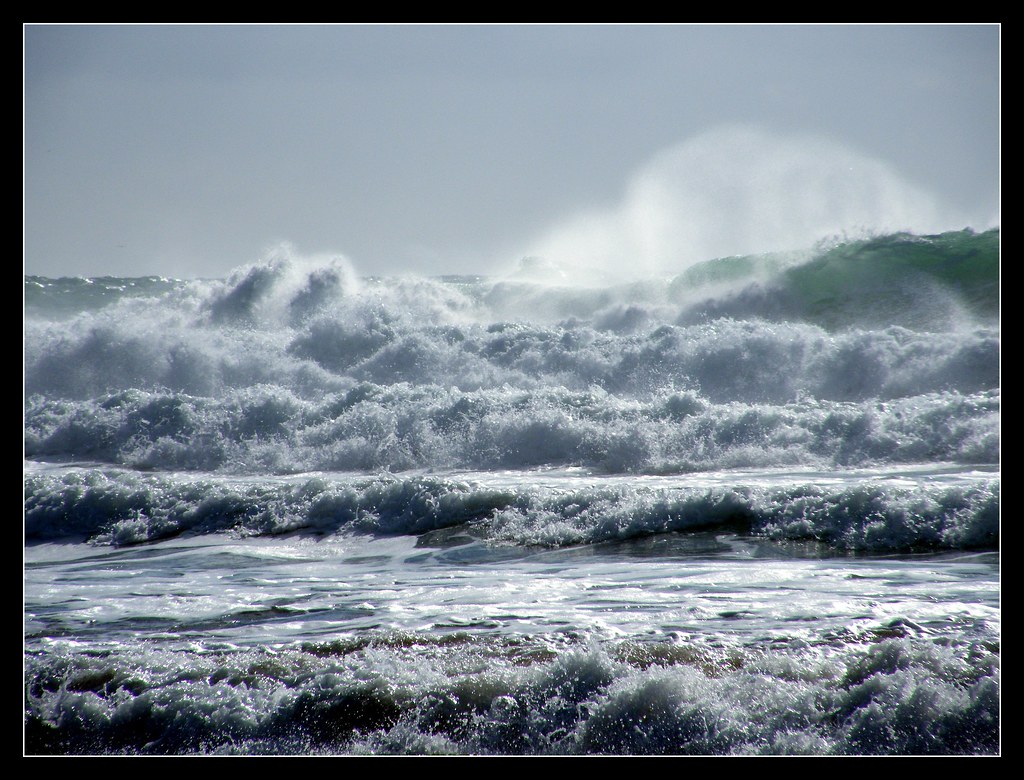