So noble: such power, such restraint: poised with harmony and joy

To see and hear the last four minutes of Rossini’s Guillaume Tell is to experience some of the Italian maestro’s most sublime music:  a wonderful blend of the old classicism and the new romanticism.  The beauty, simplicity and rising power of its final hymn to nature and  “Liberte” is unsurpassed in all operatic literature.

Brava to the Victorian Opera for having the courage, conviction and skills to mount this suis generis operatic jewel.  Though without the corporate and philanthropic heft of Opera Australia, this company consistently delivers well sung and acted excursions into repertoire that the OA deigns impossible to undertake.  How inspiring is this company’s motto:  “reimagining the potential of opera, for everyone” and “evolving the artform in adventurous ways”.  This company has premiered 21 new Australian works in 14 years.

Premiered in 1829, the original Tell is rather long in duration, though not as doggedly expansive as the longueurs of Wagner.  So we witnessed a goodly chunk of its 4 hours plus, in a production that was constrained by cost, with virtually a single set (Simon Corder), swathed in mountain green, that gave us the semblance of meadow and mountains, with the lakes nearby and imagined.  It worked to good sculptural effect when grouping protagonists.

The Director, Rodula Gaitanou,  treated the work with integrity and passion, picking up on the heroic idealism of its original sources: historical mythology as rendered by the German poet dramatist Schiller.  Its narrative was securely articulated.  Its story of occupation by foreign powers, Austrians in this case, was allowed to resonate across history and the globe in all its internecine hot spots.  The West bank, East Timor or the Baltic states in Soviet times came to mind during this production’s representation of one nation suppressing another.

The role of the chorus in this work is rich and vibrant, within a sound world that is often monumental, though propelling the drama forward. They are fundamental protagonist. Not only is Rossini’s reworked Moise (1827) a precursor to this thrilling weight, but Verdi’s Nabucco (1841)  is its grand successor. The large chorus sang with gusto and acted with skill and human intent, delivering us a believable isolated mountain’s community,  as well as essaying the dark and ominous henchman overloads.

Tell has 11 soloists and some of these are difficult to cast.  The role of Arnold, in particular, presents many problems. Here is a tenor who still cascades with roulades and a surge of very high notes, but does so with deep Mozartian grace and a clarifying grandeur that large tenor voices cannot always accommodate.

Carlos E Bárcenas does not possess a huge voice, but it does have the touch of glint that the role requires and is even across its range.  He managed to sing all the notes.  His first Act aria, “Ah Mathilde, idol de mon áme!”, was well paced capturing its waves of emotion, and if the last ounce of thrill was not in place, his passionate acting and well bound singing made his dilemma real, love and betrayal slicing through his being as he is caught between love of homeland and love of the Austrian Princess.   His lanky frame and boyish love reinforced his impetuous, conflicted nature.

His Act 4 Aria, “Asile Héréditaire”, whereby he laments the death of his father and loss of his ancestral home was carved with great sculptural effect, enhancing the way Rossini charts character development, ending with a glorious cabaletta that flows easily into rebellion, presenting Arnold as the forthright warrior, now fighting for his country’s redemption.

Princess Mathilde, his lover, was sung with dignity and skill by the Danish soprano, Gisela Stille.  She managed the exposed beauty of her aria, “Sombre Foret, with a shining upper voice that essayed all this character’s hesitations and grave beauty.  One can see why Agathe in Der Freischütz is one of her current prime roles.  The interaction between the two lovers was believable.

The eponymous hero of this work was given with passion and burnished vocal glory by the Argentinian baritone, Armando Noguera.  He is a febrile singing actor who constantly provides for our interest, whether singing or responding to other singing.  A handsome, virile man, he made all his relationships on stage the touchstone of reality.  He was responsive to and protective of his son Jemmy, kind and loving to his wife Hedwige, and understanding in his friendship with Arnold (though a stern father and leader when it came to fighting for the homeland).  His shining simplicity and reluctant heroism were all on display in this performance.  His final triumph was dynamically acted, beautifully eliding his fear and loathing at having to shed blood, but rejoicing in his country’s freedom and the hopeful end of tyranny.

The scene with Jemmy, when his aria, “Sois Immobile”, suspends us all on his aching love and fear that his son’s life rests in the sharp shooting of his bow and arrow, fulsomely delivered one of the great baritone arias - that even Wagner was inclined to bless.  His rounded portrayal of Tell ensured that we understood how this character links directly to Verdi’s Rigoletto.

His trio with Arnold and Walter (Jeremy Kleeman) drove the drama to heights of Verdian rancour, while the musical layout of the Act 2 oath scene, “Jurons, Jurons pas nos dangers”, was suspensefully plotted as the cantons assemble one by one, in rebellion, led by Tell.  This weighty scène was thrilling, emotionally wrenching and architecturally splendid in its placement of sound and emotion.  Berlioz called it sublime.

Alexandra Flood as Jemmy gave another great assumption.  This is a trouser’s role that has to soar above the ensemble (al a Oscar in Ballo in Maschera) and this young Australian did that with a freedom of voice and detailed acting that saw the young boy almost growing into manhood before our very eyes.

Liane Keegan as Tell’s wife, Hedwige, gave a moving performance through strong clear singing and acting.  This role becomes deeper in Act 4 when the trio between Hedwidge, Mathilde and Jemmy gives us the heroic resilience of these mountain women in concerted beauty and strength.

Timothy Reynolds and Ruodi was a believable drunkard with a surly temper and a shining voice, and Jerzy Kozlowski as Leuthold was peasant rugged and fearful personified.

There were a couple of disappointments.  The Gesler of Paolo Pecchioli and Rodolphe of Paul Biencourt were given as somewhat rigid caricatures. They were both cast as nasty, deeply aggressive sadists – but we had nothing to hold on to as both singers lacked the darkness of vocal production and piercing clarity that might have supported such characterisations with the stillness of venom.  It was hard to hear Beincourt, even in the orchestral stalls, though his mutilation and execution of Melcthal (a wizened old Teddy Tahu Rhodes) was suitably arresting.  Gesler needed more gravitas and brooding energy.   Though this is Rossini, these roles require the heft of a Nabucco or a Duca in Rigoletto.  Both singers forced their voices and their interactions seemed more three stooges than evil incarnate.

The visual illusion of the archery tricks was dully executed, though Noguera's singing and acting carried us through.  Tahu Rhodes was totally arresting as the father of Arnold, costumed and responding like a grave stern hermit, though some of his vocal contribution were a little woolly and wobbly.

Orchestra Victoria were in fine form, and in the orchestral space of the Palais, St  Kilda we could see and hear them with ease.  Their repsonsiveness and stamina was exemplary.  Richard Mills oversaw this massive operatic structure with clear eyed intent, drawing finely gradated sounds, particularly notable during the overture.  He urged his principals and chorus to great heights – all within the poised dynamic range of an emergent French grand opera still schooled in classicism   There wasn’t a whiff of oratorio about this work, just crystalline drama and monumental sounds, strangely Brucknerian at times!

The costuming (Esther Marie Hayes) and lighting (Simon Corder) were effective. The cumulative effect of the drama, the darkness and light, were allowed to unfold with a sense of natural breathing – at one  with “the peace, dignity and harmonious joy” of Tell, himself. This work overwhelms with its radiant power.  It is still classical in much of its sound world, but a new voice emerges, straddling Mozart and Verdi, lighting a fuse that was to burn bright across all the 19th century and setting Rossini's Italian and French works into a fascinating equilibrium. 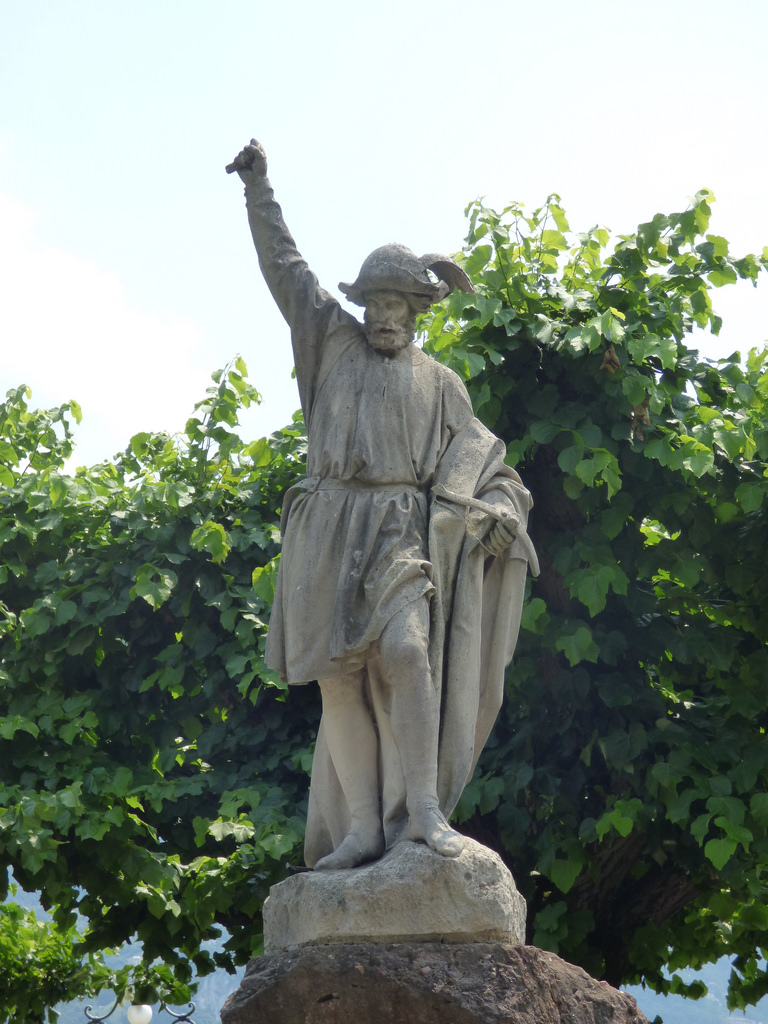