The piano playing of Alessio Bax instantiates a crystalline sound that is buoyant and poetic.  His technique and imagination responds with clarity and power to the challenges of Rachmaninov and Liszt.

The rarely performed Variations on a Theme of Corelli (1931) by Rachmaninov are like miniature jewels, some dark and rumbling with colour, some bright and full of fire.  The structure of the work might be allusive, but its plain song articulations of the old “La Folia” theme leads on through a kaleidoscope of variations, sometimes dashingly modern as in the motorific urges that surface in Variation II, while in others hints of Russian orthodox chant emerge (Variation III). Constant is the clear cut rhythmic thrust and dazzling metrical variance that Rachmaninov can always summon.

In this work Rachmaninov seem to explore some mysterious and wandering sounds, where vague oscillation links back to the dark colours of an earlier work like the Isle of the Dead, as well as forward to some unsettling 20th century sounds.

The scherzo of Variation X was played with distilled precision so that its hints of Mendelssohn passing by way of a Dance of Death did not reach our ears as implausible constellations:  the macabre can be nervy and syncopated, al a Saint Saens.

The virtuosic  nature of many of the variations is dazzling, but over in seconds.    The toccata mood of Variation XI, with its sly flourishes, seemed to reflect on Prokofiev, while the thumping dance like tread of Variation XII could wilfully recall aspects of  Stravinsky.

This is protean music – and almost post-modern.  The Adagio misterioso (Variation VIII) delivered its mystery, but also summoned hints of the stride inflections of Fats Waller with its short grace notes. The Intermezzo bifurcates the variations with thoughtful reflection – taking stock of the works progression. Its arpeggios of commentary seem very guitar like.

The insistent rhythm of the latter variations produces a dies irae of obsessive galloping sounds – very Lisztian. The prayerful intent of Variation XIV and the radiant beauty of Variation XV satisfy our desire for distilled beauty with the hint of improvisation.

The staggering virtuosity of the final variation - with its Lisztian leaps - was delivered with clarity and depth.  The low Ds are like the summoning bells of a dark fate. The coda re-presents the theme now sourcing its musical benediction.

This work, the last original solo piano piece that Rachmaninov wrote, seems to plumb for simplicity in its dying moments amidst the suggestions of the soothing beauty of ancient song. The skittish nature of this composition probably accounts for its lack of popularity, even amongst pianists.  Its structural logic is fleetfooted.  Bax unfolded its intriguing beauties with rock solid technique that sought to light each facet of its crystalline invention.

The second half of this delightfully diverse recital gave us a rare chance to acquaint ourselves with the piano music of Luigi Dallapiccola – with a fulsome selections (6 of the 11 miniatures) of the Quaderno musicale di Annalibera (1952), dedicated to his young daughter. Like the Rachmaninov, these are fleeting miniatures – influenced by the mosaic structural thinking of Webern but with a true lyric pulse:  the “contrapunctus secundus” is marked “alla serenata”.  At times a blanc et noir assemblage of Debussy threads its way through this miniature sound world. ​ Bax clarified their quirkiness with a flowing line that kept the musical argument piquant and moving.  Like a tasty gelato – these truly cleansed the palate for the glottal riches of Liszt.

The one movement sonata, Après une lecture du Dante: Fantasia quasi Sonata, was linked with a preceding performance of St. François d'Assise: La prédication aux oiseaux, S.175/1. This was instructive – giving us a prelude before the storm with this second of the Deux legends (1863) launching rhapsodically into a messianic representation of bird song, the voice of the saint coaxing all the world to sing, buoyed by later hints of religious miracles in its enchanting chorale. Bax lightness of touch and sense of reserves of powers delivered up all the pristine beauty of this nature tale that so truly looks forward to impressionism.
The Dante sonata is a heroic piece, plumbing the depths of a dark roiling underworld  and risking all for a rising breath of hopeful ascension.  Bax took us down into hell and throughout the rumbling sulphuric mess of forsaken humanity guided us through this works heroic excesses, always with a clear line and gradated power. The fanfare (downwards D minor thrust of the left hand) reappears and structurally binds the musical thought. It was totally arresting and subtly varied/intensified on its return. The tenderness of the second subject Andante theme was lyrically inspiring suggesting glimpses of beauty and salvation even within the turmoil of hell.  The minor key dark sonorities were full of struggle – technically staggering and attentive to markings such as “disperato” and “precipitato” – placed in deep contrast with the plainchant melodies that inspire thoughts of redemption (“dolcissimo con amore”, “sempre legato”, “lagrimoso”).  We moved  through this deeply imagined world led by febrile playing that responded to but was not overwhelmed by the insistent drama and its  turbulent, roiling dissonances.

The concert opened with  Bach’s arrangement of Marcello’s Oboe Concerto in C minor:  Concerto in D Minor, BWV 974. The clarity of musical thought and light touch were again in evidence in Bax’s performance – reminding us at times of the antecedent harpsichord sounds that Bach would have written for. The stark beauty of the Adagio was completely realised in this performance – treading its parallel worlds of chordal simplicity and ornate trilling as though merging all human endeavour in benediction.

This was a memorable recital that ended with two encores: Scriabin’s Prelude for the Left hand (Opus 9, No. 1) and the Brahms Hungarian Dance No. 5, arranged by Cziffra and Bax into a death defying feat of imperial European splendour that left its Sydney audience breathless. 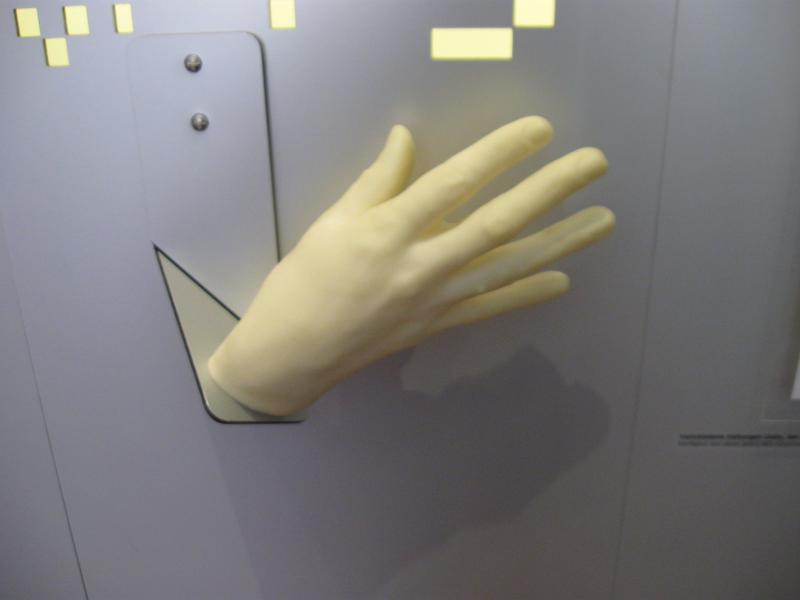