The Crucible – a dry run performance ​

The Crucible (1953) by Arthur Miller can still pack a punch.  Unfortunately, this production by Bard on the Beach - at the Bondi Pavilion - delivers the play's various frissons sporadically.  The direction by Patricia Rowling is fitfully engaging.

The Director’s decision to set the backwards time of early America via an English accent from the mythical Wessex was problematic, given the variable utterances it elicited from a cast who confused Cork with Cornwall.  When in doubt, or when confronted by difficult British country accents, actors often revert to a stagey Irish.  The idea was interesting but the execution messy.

What was messier was the inaudibility of key characters.  Andrew Cougle, as the Reverend Parris, was fitfully heard and fractured in his command of the text.  The young Abigail Williams (Antonia Zappa) was much better in the audibility stakes, but her assumption missed some of the sharp edges and girlish anger of this most vengeful young woman.

The central roles of John Proctor (Theo Kokkinidis) and Elizabeth Proctor (Patricia Rowling) were likewise fitfully assumed, foundering on the fact there was no palpable feeling of a deeply embedded relationship between them.  This was particularly damaging for the Act 2 scene in the Proctor’s house.

Elizabeth did manage, however, to find some semblance of passion in the final scene that confirms her husband’s death sentence.  Kokkinidis was a strong physical presence, but his delivery lacked variety and his accent cut across textual meaning. Again, his final scene summoned forth clear and palpable emotion: when he holds on to the sanctity of his given name as opposed to the surrender of his holy soul to the ravages of a rampant church destructive.

In general, this mainly young cast failed to plumb the depths of their characters.  Some lines were dropped and audibility was a key weakness.

The judges were nicely contrasted.  Danforth’s loquaciousness was keenly handled by Dave Kirkham, though the steel within the velvet glove was fitfully revealed.  The starkness of church/state power leant more on the voluble/volatile interjections and seething anger of the righteous Hathorne (Marty O’Neill).

Alec Ebert as Reverend John Hale lacked variety in his acting armoury – not dark enough, not intense enough when his early investigative framework collapses, crushed by the reign of terror that religious fervour has unleashed. This change in character was wanly realised.

The scene where Mary Warren (Bethany Parrish) tries to recant her soiled evidence was well handled.  The operatic nature of the young girls’ vocal sorcery (Abigail/Mercy/Susanna), echoing Mary’s words with wailing madness, was thrilling.  Mary’s surrender to this madness was gifted strong emotional resonance by Parrish.

The stage area failed to enter into full darkness, so the many exits and entrances were instantiated without much surprise, while the placement of various actors ensured their faces were not visible at key moments, a strange declension of meaningful engagement with an audience.

Some of the make-up was dreadful – working against the good efforts of Lisa Hanssens as Rebecca Nurse and Tim Tari as Giles Corey.

The quality of this plays draws us in with the inexorable force of its narrative but the turn of the screw that this drama inexorably instantiates was not always matched by a deepening tension on stage.  A more stark and simple staging might have given more effect, as would a clearer delivery of the text. 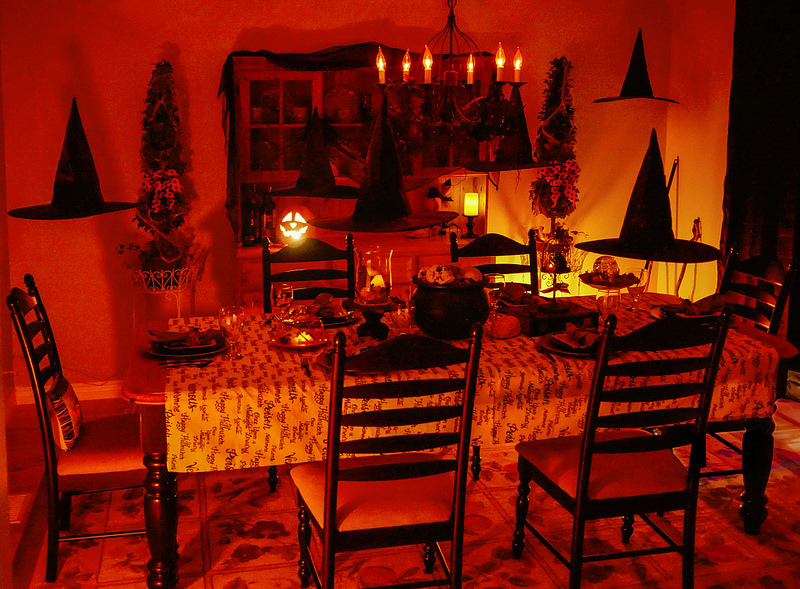