a hymn to the art of music

Words and music, not always a seamless happening, but when they meld and energise each other, like a Schubert Lied, magic happens.

Anna Goldsworthy and Helen Howard made substantial magic at their City Recital Hall presentation of Piano Lessons (2011). This mini musical theatre piece is an adaption of Goldworthy’s memoirs, Piano Lessons (2009), a thoughtful paean to her Russian born teacher Eleonora Sivan who has a direct line to Liszt – a list of Liszt’s as the dialogue wryly notes.

Goldsworthy has worked with director and dramaturg Michael Futcher to create this satisfying adaptation (2011).

With wry humour and deft gawkiness, Goldsworthy the professional musician plays her young self, Anna, the young girl thrust into the holy world of music.  The humour of this work is truly on song, very Australian with its direct language and foursquare responsiveness.  Helen Howard who plays Mrs Sivan also summons forth young Anna’s family from behind the dark recesses of the piano, as we trace the young girl’s development from a child wanting to play the notes and finish the work as quickly as possible, to an emerging musician inducted into the holy order of seeking the truth through music and taking time and responsiveness to telling a story.

Along the way, we are energised by the skill with which talking about music slowly unpicks the structure and philosophy its elemental power and striking energy.  As Dora Simic wrote of the written memoir – “she manages to convey the magical effects of fine teaching, an often-mysterious process that can easily turn attempts at translation into utter cliché.”  In this theatrical rendition Anna speaks to the audience, as both her young and grown up self and does so with genuine charm and self-deprecation.

Helen Howard as Mrs Sivan, the music teacher, gives us her richly romantic view of music’s inner strength to bind and absorb our many humanities.   The careful unfolding of each key composers’ humanity and essence, whether Bach, Mozart, Beethoven, Liszt or Chopin, is beautifully believable and the clever way the script allows for the use of a single word – Not! – to denote a learning point and - Exactly! (with a gentle hand on the young Anna’s back) – to transmit and reward the blush of truth that the young pianist has discovered, was superbly done, highly theatrical and believable, both gentle and energising.  No clichés here, just the considered words of an inspiring teacher, in her beautifully broken English.

The simple story produces some big theatrical moments.  The presentation of the Khachaturian Piano Concerto in D flat Major, Opus 38 (1936), particularly its final movement - Allegro brillante - with full orchestra is superb, thrillingly dramatic as it essays the young girl’s fear and loathing as she stumbles through its rehearsal, and the sheer levitation that arises on the night of the performance with fear banished and the magic of creation hovering in the air. We ride with her on this bravura work, surfing on the orchestral soundtrack that underpins her journey.

The first half ends with a magic performance of the Liszt Rigoletto: paraphrase de concert (after Verdi), for piano, S. 434 (LW A187).  Again, the music’s structure is used to instruct us on its components and themes as part of the music lesson we and young Anna receive. This protean music, one great composer channeling another, is full of poetry and cascading energy. Goldsworthy the full formed musician shines in this rendition.

The second half of this work brings us close to how a young musician matures and faces the pressures of a full-time career, while maintaining the connection with the beloved music teachers.

The scenes around Mrs. Siven’s illness and hospitalisation were adroitly done, as was the sense that though almost paralysed she communicates with young Anna on a spiritual level that does not require words – embodying the gift of music.

There is still a golden thread of humour that runs through the second half. Anna’s droll statement about how a musician might judge their material success - “I travel on planes a lot” -  is balanced with the words of Sivan:  music is to be shared, a spiritual gift that brings its own sweet success.

The final full length piano works brings Chopin to the fore and we witness the beauty and power of his music making, unfolding to the words of Mrs. Sivan and played by mature Anna – whether that be the funeral movement of the Piano Sonata No. 2 or one of the Nocturnes.

The rare magical interaction of words and music brings to the heart of its matter a sense of discovery, wonderment, fear, trepidation, exhilaration, whereby breathing, thinking, pulsating music making is instantiated, both its silence and the notes struck.

There were sighs of contentment at the end of this two hour work of musical theatre, as the lasting mix of Schubert and Schober seemed distilled in the evening air:  Du holde Kunst, ich danke dir!  Our thanks, indeed. 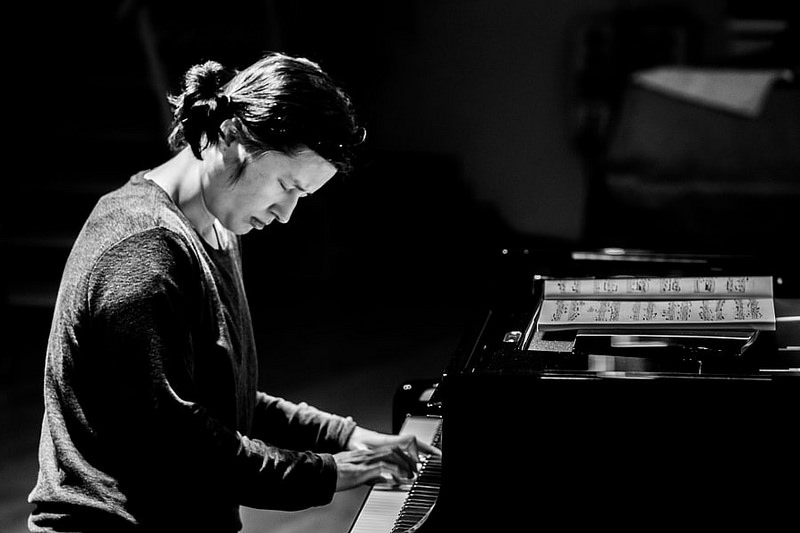