Life and its particular curses

The near indestructibility of Verdi’s Rigoletto (1851) is always a delight to observe.  Opera Australia’s production of this protean opera is now decades old, but still deliver its thrills with a well-executed verve.  Its vaguely American 1950s mafioso setting remains valid with some exciting splashes of choreographic dash when  the courtiers relate their abduction of Gilda and the courtiers engage in their ‘twist again like we did last summer’ dances in Act 1, Scene 1.

The cast of this revival were very good. Dalibor Jens - last heard as Miller (Luisa Miller) -  is a handsome man, so his hunchback was arresting in more ways than one.  His lush ponytail and his light burnished baritone present a youthful jester and father.  He has the role under his belt and if his voice is stronger on purity than cavernous volume, his “Cortigiani, vil razza dannata” soared with the drama of the outraged father.  He paced its contours and febrile drama within a steady intensity.  He didn’t peel the paint off the backdrop, but he did create a believable man, bereft and angry.  Earlier, his “Pari siamo’ matched cello with voice then eased artfully into the dark sonorous duet with Sparafucile that was wittily staged in the jester’s dressing room.  His “Come fulmin scaliato da Dio” and duet with Gilda in Act 2 were viscerally moody, carefully building a rising crescendo of anger that would not be sated.

The Russian bass, Taras Berezhansky, was a revelation as Sparafucile.  Here was  handsome young man with a rich evenly placed bass voice.   He was in turns chilling, particularly threatening with his sister – believable in his thieves honour – and respectful of the death bargain he has struck with Rigoletto.

Act 3 of this production showcases Verdi’s masterful attention to vocal and dramatic intensity.  It is built on an arc that begins in quiet tones, surging back and forth across recitative, aria, quartet, duet and trio, ratcheting up the dramatic intensity with the ebb and flow of inevitable heart ache. The storm scene, with its sighing male chorus  and high voltage singing by Sparacfucile, Gilda and Maddalena still astounds with its simple means and profound impact.  This is preceded by the wizardry, lilt and staggering invention of the quartet, which is itself preceded by the Duca’s “La Donna Mobile” - given with swaggering candour by Gianluca Terranova in army jungle greens.   Though the voice is showing some were and tear, he manages it with skill and triggered a true slancio and frisson in his every vocal utterance.  His Act 2 aria and cabaletta were particularly meaningful, giving us the sad hedonist before releasing, in chuckling ardour, the pent-up sexual energy of the true libertine.

The Gilda in this production, Irina Lungu,  gave a finely nuanced interpretation: her acting was consummate. The domestic scena in Rigoletto’s house presented a sprightly young girl in her flouncing skirt and spunky bobby sox, lifted by infatuation into the thrilling cadences of “Caro Nome”, as she dreamily reflects on and plays with the false name of her dashing lover, the Duca in disguise.  Like Callas, she made the musical lacework of this well-known aria vibrate with meaning – the melisma capturing the childish though potent passion of a young girl tingling with desire.  She stepped across its difficulties with singular skill.  All was firmly pitched and with exemplary breath control.  Her “Tutte le feste al tempio” was vocally pure and awakened forgiveness in her father. The dynamics between this Gilda and Rigoletto were potent, full of deep love, he dovetailing his deeper sounds with hers, bound to and reflecting off the weeping figure that Verdi gives this lost child. Her final moments, when Verdi suspend her life and voice between heaven and earth, was poised on threads of silvery sound that slowly ebbed away.

The Maddalena was intensely sung by Sean Pendry with her rich low register  carrying sinuously across the orchestra.  Her attraction to the rapacious Ducawas clearly and understandingly invoked.

Acting across all roles was vibrant and effective pitched.

The conductor Renato Palumbo lead his massed resources with a deft and responsive baton, relishing the score’s many felicities and allowing the singers to breath and float their words with a natural inflection and supple rhythm - capturing in vivid tones the ‘scenica parola’ that Verdi lavishes on this heartful work.  This fine cast of musicians brought us close to the core relationships of this work - whereby father and daughter brings us the love that consumes, filial and romantic, the rapture and pain and that shattering conclusion that no one person can ever be everything to their loved one.  We cannot be saved from desire and experience  nor protected from life’s rich consequences, joyous and tragic.  As Rigoletto reminds us, life has its particular curse for everyone. 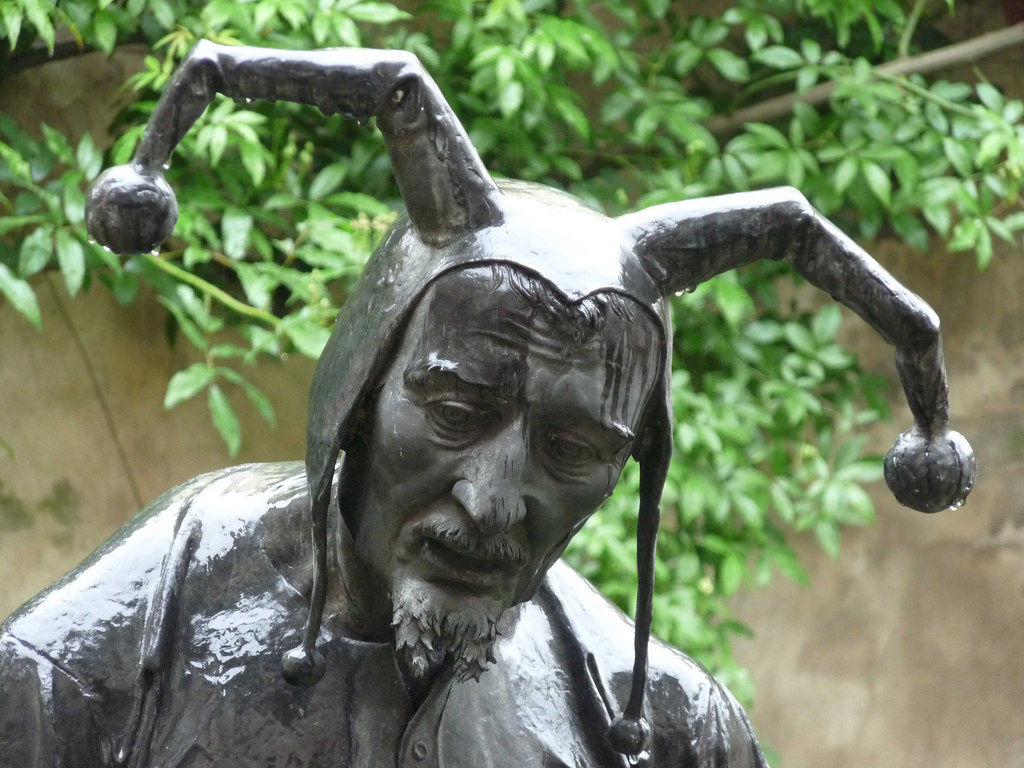