The Cat sings but doesn’t singe

Kip William’s production of Cat on a Hot Tin Roof began with a performance of the Julie London torch song, “Cry me a River”.  This was delivered by the evening’s Margaret/Maggie, one presumes as syntax for the depressing trajectory of her relationship with her husband, Brick (Harry Greenwood).  It also built on the musical theatre skills of Zahra Newman – but somewhat attenuated the plunge into wicked child hating that commences the play:  “One of those no-neck monsters hit me with a hot buttered biscuit”.

The first Act interactions of Maggie and Brick are somewhat unbalanced in this production.  Newman managed the rapid delivery, but not so much the drawling that Williams indicates in his script asides. Nor does she manage the “vocal tricks of a priest delivering a liturgical chant” – though the sing song nature underpinning her many roiling speeches was on display.  This was an operatic performance.  So much technique was thrown at the role, but the outcomes seemed too hybrid to deliver a believable Maggie – intersecting as it did a wild, larger than life, almost Afro-American comic double take, with at times hints of a wisecracking RuPaul drag act.  It was fascinating to watch the gears crunch.  One could admire the sweat and toil. This combination tended to work for the comic bits – Maggie’s destructive description of Gooper and Mae's children was deliciously savage and delivered as sharp ongoing comic interjections.

She did manage to deliver evidence of the plucky outsider and a crisp understanding of poverty.  She did also try to summon the almost impossible confluence of childish voice and sexual energy that seems to animate Williams’ imagination, but the febrile was skittishly invoked.  Her interrogation of Brick’s look in the mirror, did, however deliver some darker frisson.

The role of Brick is a difficult one, given his indifference to his wife and his family, his constant drinking and desire to obliterate his feelings. He is the walking dead in many ways, with a self-indulgence that is numbing.  One can understand why early critics such as Robert Hatch felt the audience “spent the evening with a group of corpses that he had very little to recommend them when they were alive”.

The relationship between husband and wife – not unnaturally, lacked mutual energy. His surrender to her greater willpower in act 3 was almost believable – but his masculinity is booze soaked from the start and his god-like looks unachievable.  Her announcement of the phantom pregnancy – and inheritance fight with the unloved brother, Gooper and his doleful wife Mae – didn’t pitch much narrative energy across the lights.  Though we might concur with Williams that “the moral paralysis of Brick was a root thing in his tragedy",  this production and this performance failed to make it all that interesting.

The play's inability to truly name the latent homosexuality of Brick is of its time (1955) and of its playwright who always seemed to segue into layers of mystery around individual’s lives and temperaments.  The play struggles in Act 1 with the core disruption of Brick’s relationship:  with his dead friend, Skipper.  This is expressed via inqusitions  on the ideal of Greek friendship, the supposed god-like beauty of Brick (not so evident in the face of Harry Greenwood) and a friendship more precious than normal, all ambivalently platonic. The word Queer is expressed once,  as is sodomy – “You think me an' Skipper did, did, did!-- sodomy!--together?” But the shouting and extremities of Act 1 didn’t really create a believable conflagration.

The Second Act contains the long dissimilar duet between Brick and Big Daddy (Hugo Weaving).  It is the high point of the drama and pitches its intersecting but misunderstood emotional threads with a thrilling and rising emotional weight, destroying the cover of lies that keeps them embedded in different worlds –haunted by a subterranean affection and love.  This truth telling is one long misadventure that reveals the animal magnetism of Big Daddy – restored to vitality by a lie – and the inebriated enervated Brick – shocked into anger and disgust at the perceived slight on his mythical love for his best friend.  Though this scene reaches its pivot without resolution and is mired in betrayal, as the lie underlining Big Daddy’s sense of wellbeing is sneakily revealed by the less then god-like Brick, it does give credence to the playwright’s desire that his plays focus on  “that cloudy, flickering, evanescent--fiercely charged!--interplay of live human beings in the thundercloud of a common crisis”.

Hugo Weaving’s Big Daddy was sprung with energy, gruff voiced, mean, bellowing back into life and riffing on the delights of both living and making money – all delivered with good diction that floated above the southern accent he had chosen.  His roaring energy captured William’s desire for “a tall man with a fierce, anxious look, moving carefully not to betray his weakness even, or especially, to himself.” One can understand why a Director like Elia Kazan might beseech for the return of Big Daddy in a modified Act 3, but in many ways, Act 3, either original or modified, cannot excavate the extended interplay of live human beings again.  It is flat on plotted resolutions.

Pamela Rabe gave an interesting performance of Big Mama.  Her statuesque form worked against the “huffing and puffing like an old bulldog” that Williams requested. And if she could not deliver the stoutness of a short women, breathless most of the time – ‘tensed like a boxer or rather a Japanese wrestler” - she did manage the requisite sincerity and was able to summon deep dignity of person when the doctor finally reveals the true state of Big Daddy’s health.  Likewise, her steely determination to resist Gooper and Mae’s takeover of the estate was delivered with strong conviction.  Her costuming didn’t quite catch the “half a million in flashy gems” and her performance on high heels seemed to remind us of Dame Edna loping across the stage – though this did give an extra, layered frisson to the ‘inelegant horseplay’ that the character is notorious for.

Nikki Shiels as Mae was full of simple, simpering guile – doggedly defending her doggedly boring husband Gooper. She and Gooper are the butt of many wry jokes.  She convincingly plays the role of the fecund woman who produces hordes of children and not unnaturally connives for their wellbeing.  There is a very wildly misogynistic thematic that moves across this play – that is both comic and nasty.   Big Daddy’s articulation of his disgust with his wife and their lovemaking, across forty years, is one startling branch: “I haven't been able to stand the sight, sound, or smell of that woman for forty years now!--even when I laid her!--regular as a piston”.  This is stark and truthful – and segues into how men must pretend to be successful in all corners of their competitive world.

Josh McConville as Gooper was blandly angry – blandly upset when his mother states categorically that Big Daddy has only one son!  The tussle between him and Maggie seemed to lack the dark edged vituperation that can singe an audience.

The rest of the cast were adequate.  The little comic interventions of Reverend Tookers were prissily articulated by Peter Carroll:  we often failed to hear the accented words, but got the physical gag. Doctor Baugh was wanly essayed by Anthony Brandon Wong – as though this doctor had never delivered any painful medical news in his medical career, soft voiced and full of evasions – again,  the diction was missing in action.

The children were suitably monsterish – full of shrieks and ghastly choreographed shows of sickly love.  They, like Reverend Tooks, seem to exist solely to interrupt and draw out the calculated venom of both Maggie and Big Daddy.

The lighting and sound design seemed calculated to blast us out of the amphitheatre – reminding us that boys and their electronic toys can still excite designers, if not the pulse of the theatrical experience they are embellishing.  It did, however, blend with the slick, cool decor, that David Fleisher summoned:  glassy, black, IKEA in intent, while the flat screen tv reminded one of a generic hotel room. The stifling heat and humidity were approximated through gesture and not setting. The costuming by Mel Page seemed to reflect the sassy glitter of the overall production.

Like the flashing lights, there was intermittent pleasure and power in this production directed by Kip Williams.
​
Sydney Theatre Company - Packer Theatre, Walsh Bay – Sydney, May 21, 2019 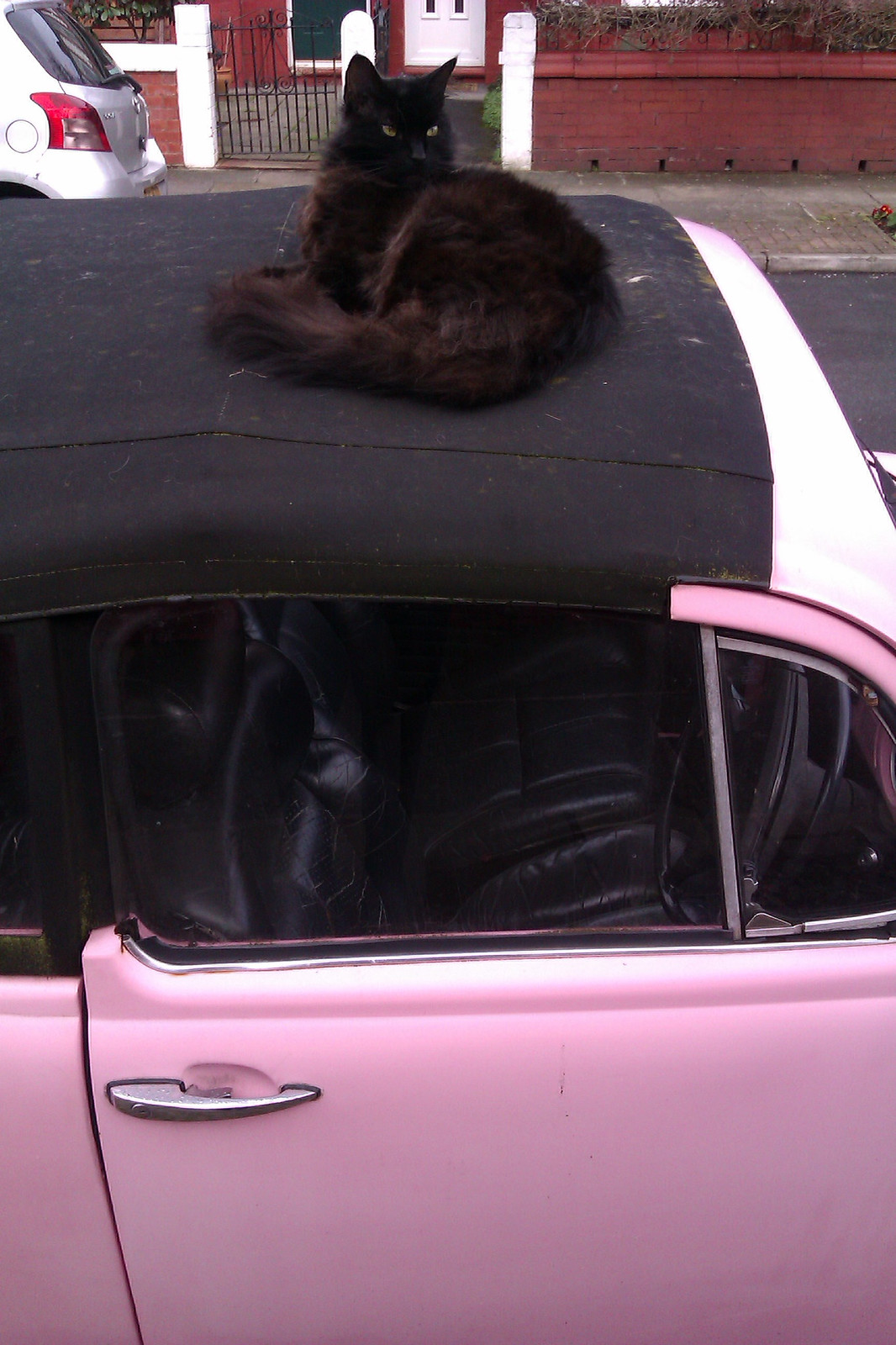