Kiss me and forgive me my folly.  Maybe not, Orlando.

​One was tempted by the shapely legs and rich red brocade of Orlando’s Elizabethan garb to experience the beginnings of excitement, but the Sydney Theatre Company (STC) production of Sarah Ruhl’s theatrical adaptation (2010) of the Virginia Woolf novella, Orlando: A biography (1928), left this theatre goer a little underdone in the frisson stakes.

One almost felt that the creative team, led by Director Sarah Goodes, was channelling more of Virginia Woolf’s 1941 novel, Between the Acts, than her rumbustious biography of the gender bending Elizabethan all wo/man.  The country house pageant that Woolf uses as a symbol through that posthumously published novel seemed to be the dominant note, in all its piquant rusticity.  The production involves a series of musical interludes, delicate and wan – just like a village pageant might produce - echoed by a somewhat hammy if funny assumption of the Virgin Queen by John Gaden, relying on his voice, if not his body, to project the witty and amorous Queen.

This new production involved some splashes of colour, mainly via the interesting costumes by Renee Mulder for the beautiful Jacqueline McKenzie (Orlando) as she moves from epoch to epoch, first as a young man and then a mature, betwixt woman.

The vaudeville and pantomime elements of the play have to carry the theatrical pulse of the dramatization and do so fitfully, given their low wattage and the episodic nature of the narrative.
We laugh more than we think.  We are not jolted very often.  Creating on stage the sexual ambience of an Orlando is probably a stretch – but the actual moment, post satiation in Constantinople, is very poorly imagined and enacted.

McKenzie is an attractive young Elizabethan man – her physical beauty works well as a page - but fails to ignite the surly hormone driven young man.  To be fair, she does a good job at delivering the physical ambiguity of Orlando as a woman in Act 4.

In Act 1, Luisa Hastings Edge as Sasha, the young page’s lover brings a dash of dark pleasure in her assumption of the Russia Princess at Elizabeth’s court, but the frisson and humour implicit in the Straussian play of a man impersonating a women then revealing as a man was fitfully realised in the direction of Garth Holcombe as the Archduke/Archduchess.  The pantomime dame was to the fore in these scenes.

The dual staircases were nicely employed to suggest a variety of land and seascapes.  The general costuming was drab for such a sparkling story.

Amusing, occasionally witty, this felt like a well-bred entertainment and certainly failed to ignite the powerful polemic expressed in the creative excess of Woolf’s novel. The young transsexual in the audience did that in the swish of elongated limbs and black garb that crisply entered the auditorium minutes before the performance started.  Kiss me and forgive my folly is the pliant plea of this production, but folly without dash and danger is to fail in the theatrical tension stakes.  A peck on the cheek might suffice for this engagement – and then a cup of tea. 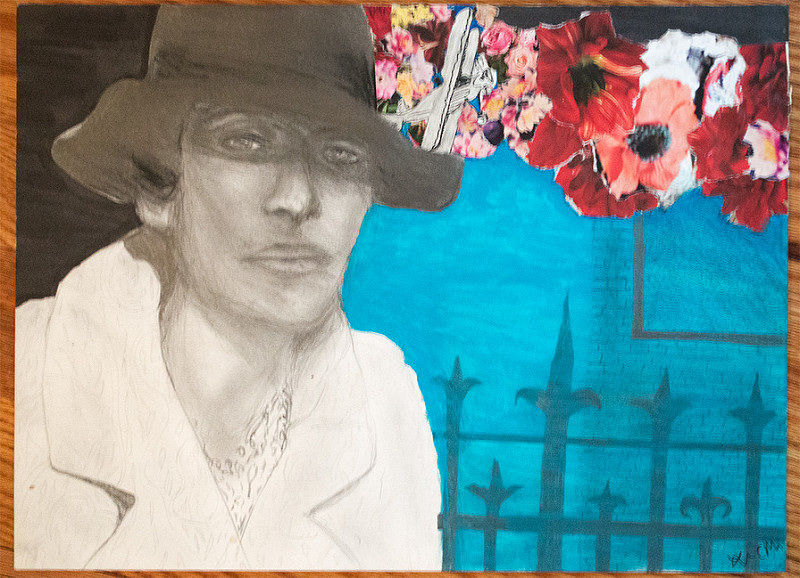