A heartfelt romp  - beyond the best of all possible worlds

Bernstein’s Candide (1956) is an energizing and thrilling work – eclectic, vibrant, drolly funny – with a new world sensibility of aching simplicity and querulous optimism. The massed forces of the Philharmonia Choirs supported almost a dozen soloists in this staged concert version. This hybrid approach worked its way deftly around the ambling libretto, via a narrative framework that drolly posits each song on the forward trajectory of Candide's round the world shenanigans in search of love and perfection.

Alexander Lewis, as Candide, displayed yet gain his protean acting and singing skills.  Whether it is Shostakovich, Lehar or Bernstein, he has a sure ability to inhabit character and create emotional and vocal interest with his interpretation.  His robust and bound tenor delivered his many vocal showcases with affecting skill.  His rendition of “It must be so” was vocally moving, though its mood was marred by a little too much stage business (the donning of football team caps and scarves was funny and very Sydney centric, but fought against the stillness of the words and music).

Annie Aiken as Cunégonde has a pure and piercing voice – she settled on a somewhat ditzy interpretation of Cunégonde, valid, but a little foursquare.  Her “Glitter and be gay”  coloratura aria was a show stopper, with extensive choreography underpinning its demanding vocal roulades.

Caroline O’Connor as the Old Lady with the missing buttock was tremendous.  Her rich dark voice ensured lyrics were to the fore while maintaining her giddy eastern European accent.  Her own showstopper, “I am easily assimilated”, was fulsome and witty, bringing to the fore Bernstein’s gift for sheer celebration and joy, with its swooning tango vibe.  Later on, she and  Nicholas Jones as the Governor ensured the structural cleverness of “Quiet” was delivered with all it saucy charm.

The large cast was uniformly strong and vivid in projecting character, music and lyrics.  The sly pomposity of  Pangloss was nicely essayed by Phil Scott – despite a few verbal hesitations in his formal narrations.  Kanen Breen was campily droll as the aristocratic Maximillian, displaying a vividly elastic face and mouth, while Adam  Player summoned a bright voice and winsome sense of evil as the treacherous Captain Vanderdencdur.   Nicholas Jones was seriously funny.  The rollicking Brecht/Weill take on capitalism, cash and bribery - “What’s the use” - was vividly performed.

Structurally, the two finales present an almost monumental clarity of emotional intent.  The Act 2 finale has such grave beauty, subtle wit and power - with its paen to simple beauties and acceptance of human failure.  Like the finale of Rossini’s William Tell, four minutes of magic,  it summons forth an exultant sense of human and nature – in balance and union.

The  Philharmonia voices were on song and entered into the playful nature of the piece with much choreographed movement and sharp vocal attack, particularly in the “Westphalia Chorale” and “Ballad of Eldorado”.  Sonically, they gave supreme lift to the final refrain of  “Make our Garden Grow’ with tremendous heft and intensity.

The Sydney youth orchestra played with sharp and responsive rhythm and much humour.  The many tricky passages for strings were well handled.

The staging by Mitchell Butel and team was full of slapstick brio and deadpan drollery that allowed the singers to create their lifesize portrayals. There was lots of movement – with characters popping up at the back of the orchestra – and many swifts exists and entrances – all tellingly managed.  The evening displayed much sharp choreography (Amy Campbell) and the effective use of strategic props.

Conductor Brett Weymark kept the enormous and eclectic musical forces together with much aplomb – and ensured the vaudevillian onward momentum of the work – through its long first act – and slightly wayward second.

The fecundity of this music is breathtaking – it is both delicious and tangy and tempts us to swoon with its life enhancing rhythms and melodies. Its satiric intent is sometimes submerged in the sheer splendour of the music, but it survives on the thread of a questing and questioning notion that a life must test and retests shibboleths with disarming regularity.  This cautious approach to the power of authority is a handy motivator of realism and wellbeing.  The characters in this comic operetta create some semblance of  “meaning in this meaningless world” of injustice, greed, stupidity and war.  Bernstein challenges our common humanity to accept that often we are  “neither pure, nor wise, nor good” - but we can love and enjoy communion with each other and build a home. 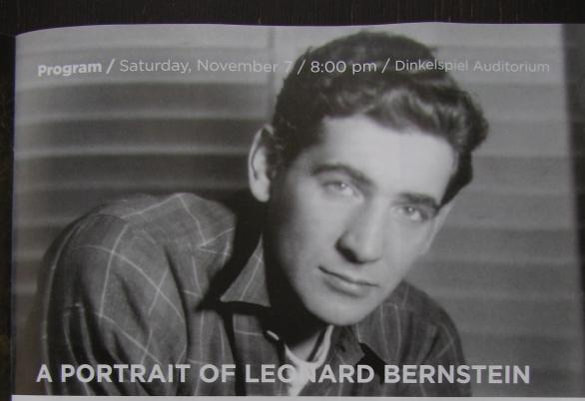