A WIDE RANGING AND HEROIC RECITAL

Alexander Gavrylyuk has a sterling technique and wide dynamic range that encompasses the most shattering crescendo, while also being able to unfold, in the lightest tracery, the resonant hint of a delicate melody.

The first half of his recent Sydney recital encompassed stylistic and compositional epochs.  The Bach/Busoni was a thundering pianistic imagining of the well know Bach Toccata and Fugue in D Minor BWV 565.  Busoni, like Liszt, is always thrilling with his ability to re imagine other peoples’ music.  The no nonsense approach of Gavrylyuk drew attention to the internal logic of the arrangement and its scaling of intensity across the keyboard, the inexorable force of the music balanced on the frisson of daring to draw extraordinary heft from the percussive pad of the piano.

After this appetiser, Gavrylyuk launched into one of those bold and mercurial sonatas of Hayden – B minor Opus 14, No. 6 (1778).  This work was sprung with ebullient rhythm and good humour, but he also dug into its various repetitions as though honing the secret ill-will that seems to lurk in this generally sunny musical world.  The dotted rhythms were querulous – the vehemence of their progressions was startling, but ultimately good mannered, with a focus on crisp execution. The delicate touch of Gavrylyuk bought forth a sunny sense of buoyancy, playful and expressive, though with the clear undertow of a distilled ambiguity.  This reminded one of the playing of Walter Klien, in its song like clarity and unfussy excellence, each note beautifully placed and paced. The headlong pulse of the final movement, with its arresting, suspensions into weighted silence, was technically and musical totally absorbing – in many ways the highlight of the evening.

And yet, without much ado, Gavrylyuk leapt into the mercurial and poetic music of Chopin in selections from the Etudes Op. 10 (1833).  The “Allegro con fuoco” of Etude No. 12 was given magical resonance, stirring in its technical assurance but deeply rousing in its musical thrust.  In contrast, Etude No. 3 – “Lento man no troppo” was built on a legato that modulated melody and mood with an energizing passion, avoiding any layered sentimentally. Here the filigree imported emotional shading that was both wistful and propulsive.  The wit of the etudes is often bedded in a superhuman finger work. The technical skill of Gavrylyuk meant we could enjoy Chopin’s cascading pleasures with ease.

The Scriabin Sonata No. 5 was broiling with demonic energy: dark, erratic, flickering with mood changes that were almost psychotic in force.  These were strangely moulded to a narrative that seemed to invite introspection, particularly the rocking barcarolle of the various languido markings.  With Gavrylyuk, the devilish syncopations of the various presto sections were remarkably clear – even within an allegro fantastico tempi.

The selection of Rachmaninov preludes that followed – drawn from Opp. 23 and 32 – were almost classically restrained in comparison. The Prelude in G minor was particularly arresting, the definite contrast between its dashing march and rippling nostalgia was contained within a wide ranging tonal palette and an always singing line.  The sad beauty of the upper voice in the Prelude in F sharp minor (Largo) was haunting.

The Rachmaninov Sonata No. 2 in B Flat Minor, Opus 36 still delivers a visceral crunch – even in it revised version of 1931.  The percussive force of the piano is exploited with maximum power and potency, as though all the bells of Russia were tolling in micro rhythm.  This is tumultuous music, but its invention also knows the power of stillness and chilled beauty, as evidenced by Gavrylyuk’s strong lyrical pulse in the second subject of the third movement.  Which seemed all the more magical as he then summoned the heroic and the clangourous, the dark hived and the pungent, in the final stretches of this work, that always seems to unleash a sense of Russian nihilism on a bedrock of religious faith.  Though I have a soft spot for the ever-wilder discourse of the original 1913 version, the clarity of the revised version is potent in its own terms, and Gavrylyuk delivered it with deep concentration and clear logic.

This was a wide ranging and richly satisfying recital by an exceptionally able young pianist. 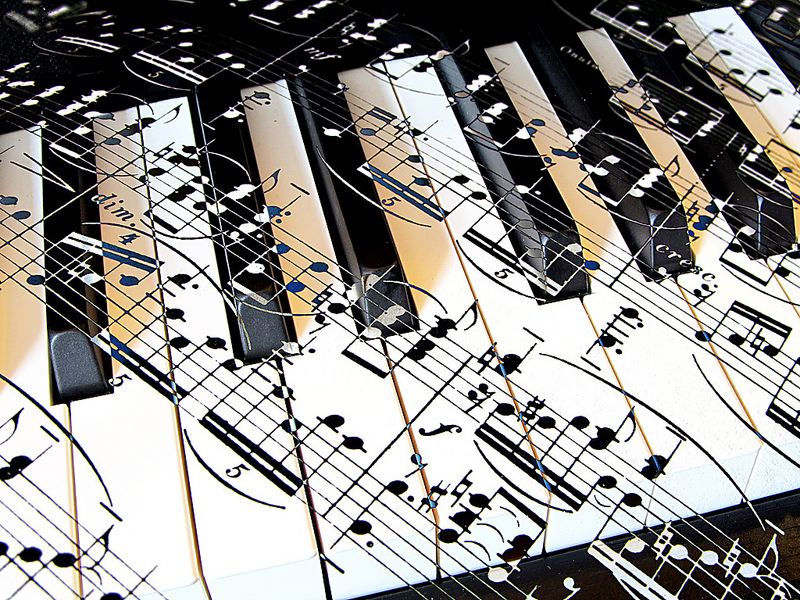