OPERATIC CATHARSIS IN THE CONCERT HALL

Sydney has seen Stuart Skelton’s memorable assumption of Peter Grimes (1945) in its previous Opera Australia incarnation (2009).  In this Sydney Symphony concert version of the opera, he produces a complex and believable portrait of the passionate unhinged fisherman – the universal male outsider – forever plotting to stuff the mouths of the village gossips with his good intent.

The power craft and impact of this opera never lessens. Now over 60 years old -  its exploration of how society may exact its revenge on the outsider and those who support him – is still visceral and poignant .

Captain Balstrode’s humanist philosophy strikes at the heart of Britten’s extraordinary empathy:  “when horror breaks one heart,  all hearts are broken”.

The power of the chorus in this work, and its stark characterisation, make it an equal force within the drama – gossiping, judging, swaying on the fulcrum of public order and private secrets.  To hear the English language sung with such Purcellian ease is one of opera’s great treats.

The stark and inevitable end of the opera, when suicide has resolved the boroughs fears, but with an exactitude that is truly Brittenish – makes one think of the suspended angst of the War Requiem finale.  We see clearly how the composer holds in balance both fear and hope – with chilling beauty.  This is 20th century music, informed by the evils and survival of the Second World War.  The truth, the pity and the truth – flow through this work.  As Britten memorably wrote of music:  It has the beauty of loneliness of pain: of strength and freedom. The beauty of disappointment and never-satisfied love. The cruel beauty of nature and everlasting beauty of monotony."

As Grimes, Skelton was gruff and child life – his own worst enemy - but we understood his desire for family and home (‘here is a friend”) buttressed by his obsession with money (“They listen to money/These Borough gossips”).

His magnificent single note aria in the pub scene was a triumph of visionary beauty: “Now the great Bear and Pleiades”. Its auto-didact bearings soften gruffness into dreaming and its related despair: “who can turn back skies back and begin again”. His mad scene in Act 3 triggered our human pity, balancing his wrong doing with his own wilful innocence.

Skelton did struggle with the difficult tessitura on the fishing hut scene (Act 2, Scene 2). The rising melismas defeat many tenors, but this was temporary discomfort, while his acting delivered measurable benefit to the complexity and simplicity of the lonely soul.  And how magnificent is the querulous end of Act 2 as Balstrode begins to imagine that disaster may have struck again.  Britten, like Strauss, instantiates states of being with uncanny accuracy and blessed simplicity.

Nicole Car as Ellen was almost too young and beautiful for the role, but her ample voice matched with the heldentenor of Grimes in the unaccompanied duet in the Prologue that magically utters the hope of all couples: to have a loving friend.  She was compelling in the Sunday Morning scene (Act 2, Scene 1) as her suspicions of accidental violence against the young boy apprentice emerge with chilling force into savage argument with Grimes. Music and action lays bare their desires and regrets.  Her Embroidery aria (“Embroidery in childhood”) was magnificently fitted to the depth and stretch of her large voice, following the imagery of the needle and thread with sculptural accuracy. This aria is technically difficult, postmodern in its classical edges and modern in its psychological portrait of how one summons the fear of truth: a true test for any soprano.

Her part in the trio, at the end of “now is gossip put on trial”, with Aunty (Deborah Humble) and the two Nieces ( Jacqueline porter and Cleo Lee-McGowan) was sublime – with beauty and perplexity held aloft in the stillness of regret. The sharp tang of the woodwind writing underpins the soaring soprano lines – worshipful of the emotional burden that women so often carry towards their loved ones.

Deborah Humble as Aunty was robust, briskly embracing of the human tide that flows through her pub. Her challenge to Balstrode “a joke’s a joke and fun is fun” was weathered and warm in its understanding of how human beings might get along in close quarters.

Balstrode (Alan Held) was a seasoned sea captain,  tall and arresting, bluff and kind, with a strong voice and commanding stage presence – his interventions drove the drama onwards.

One can’t really say that minor characters populate this opera. The portrayal of the borough, en masse and through individual characterisation, is full of musical and human interest, from the opening inquest of the Prologue through to the observant finale, when Auden and Icarus nip at our consciousness.   Carter Hobson was both implacable and pliable – darkly sung by Jud Arthur.  Bob Boles was energetically essayed by by Robert Macfarlane, though some of his words were lost on the orchestral palette. His drunken invitation to the nieces – “I mean love” - was suitably hedonistic for a lost preacher. The Reverend Horace Adams – dry, with his careful charity and judgement - was sung with pinpoint accuracy by John Longmuir.  Ned Keene was deftly portrayed by Michael Honeyman - the  pointed asides delivered wittily - particularly his exchanges with Widow Sedley,

Mrs Sedley was exquisitely characterised by Elizabeth Campbell, still rich in voice and its contralto realms carried her words of obsession and menace across recitative through to the miniature aria, “Murder most foul it is”.  The voice slid its way through laudanum and a fertile imagination -  all sharply observed in musical and dramatic intent.   And if one could not always catch the words of Swallow, the lawyer (Christopher Richardson), his surreptitious courting of the nieces was nicely handled – as was the dance music and the Reverend’s farewell to the elderly and his roses (Act 3, Scene 1).

The Philharmonia Choirs sang with tremendous bite and power.  “Home?  Do you call that home’ at the end of Act 1 stung with  its reproaches, while the drum beat that lead the men to march to Grimes Hunt – “Now is gossip put on trial – was starkly eerie.   The summoning of the manhunt in Act 3 was, as always chilling – “Him who despises us/ We’ll destroy “– with the crescendo shout of Grimes!  invoking the primeval desire for punishment and revenge that seems to lurk in the heart of human beings and their organised societies.

The orchestra under David Robertson let this music unleash it febrile power.  How amazing that such a young composer (in his early thirties) could summon the vast skills and imagination required to create what is a grand opera.  The storm scene crackled with theatre and superb invention – swirling us into the eye of natures’ retribution. Britten bested Wanger in this creation.  The moonlight prelude was achingly beautiful – with dappled flecks of sound on the calm waters - but always sorrowful in intent.

The Passacaglia took us into the heart of a broken soul, solo viola, voice of the orchestra, strafing pity upon the sense of impending tragedy. This is a born operatic composer preparing us for the overwhelming denouement – with deft episodes of the ordinary and the transcendent.  The orchestra responded with clear éclat and sensitivity to the scores many beauties

This work haunts the mind. Its magnificent prosody inspires remembrance. The craft of  the libretto, with its sharp delineation of scenes (two each act plus prologue) and the ping it gives to the composers melodic intent is always worth acknowledging. Even though Britten and Montague slater never worked together again – they created one of the great modern operas.  Given the spate of highly episodic operas being premiered at the moment in Sydney (Whitely, Oscar and Lucinda), the structure of Grimes shows how to build awesome cumulative power across grave musical variety and profound psychological nuance.  It rushes onwards with Verdian energy.

The work summoned its catharsis across the Concert Hall, as this Sydney audience, somewhat parched of Britten performances, exploded with release and thanks. 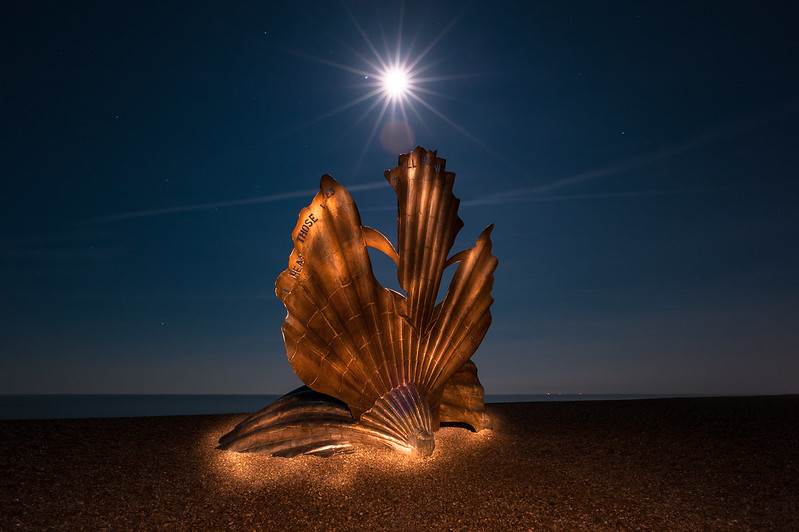