THE composer triumphs – the strings have it

The cellist Andreas Brantelid plays a beautiful Stradivarius instrument.  Its tone is rich and warm, and carries above and through the orchestra.

The opening recitative of the Elgar Cello Concerto in E minor, Op. 85 (1919) was finely slashed into being, without being the most dramatic of invocations.  Its return in the fourth and final movement was more dramatically showcased.

Brantelid gives this work a clear-eyed reading – both its notes and phrases were spotlit so we could see the musical construction.  This meant that most of its elegiac phrases were parsed within a swift flowing metre.

This approach made the second movement scherzo particularly exciting, the clarity of its scintillating writing fully revealed as well as its links to Mendelssohn and his fabulous, febrile scherzos. The audience applauded its delicious dexterity.

The third movement was slowed breathed, humming on its sadness, without being lugubrious.  The Stradivarius sang its melancholy but always with a forward line and touching hesitations that captured the regal regret that Elgar so patented - and if Brantelid didn’t always haunt with immeasurable sadness, he did sing  the work's sad song with lovely tone and length. As Newman said of this work after its premiere – there is “a profound wisdom and beauty underlying its simplicity. “ Brantelid captured this simplicity and beauty – maybe not its deep wisdom.

The long final movement was treasurable.  The opening surge - flinging out  its threats of vigorous defiance - was dazzling, while the later march like tread in the orchestra was full of Elgarian menace. The delicacy and finesse of the orchestral writing was bought forth with tremendous clarity and ardour by Vladimir Ashkenazy and the Sydney Symphony Orchestra.  The soft sighing of the strings at the end of the third movement was particularly deft.  The guitar like summons of the scherzo was richly plucked by Brantelid: like crisp birdsong shafted against the floating horn.  This is a work full of sad reflection, wistful and angry, but it also contains some of Elgar’s most striking orchestra detail.  The touches of night vigil in the final pages sometimes seem to pre-figure Shostakovich.

The concert commenced with the stark simplicity and rich sonorities of the ever expanding sounds waves that Vaughan Williams discovered in his Fantasia on a theme by Thomas Tallis (1910). Ashkenazy built these with absolute clarity and exquisite dovetailing.  The relationship between the quartet (in the string orchestra) and the nonet (at the back of the orchestra) was sharply responsive. One could imagine how this timeless music must have sounded in Gloucester Cathedral at its premiere – full of echoes and frissons.

The sustained passion of this meditative music is wondrous to behold  - its antiphonal beauties manifold. The distancing nonet flicks querulous peace into the rumble of the full strings.  The frissons are many.  The depths of echoing pizzicato can invoke a hushed murmur, while a surging chorale sinks into a whisper, almost like breath on the threads of a lyre.  There was beautiful solo work on violin (Haveron) and viola (Breeder).  Ashkenazy unfolded its episodes and textures with skill and flexibility but with forward momentum.

What a dashing work is Elgar’s Variations on an Original Theme, Op. 36 Enigma. Success came late for Elgar, living in a backwater county and despairing of his musical career.  It is an enormous statement of imagination, belief, skill and intent.

The orchestration is full of deft touches and surprising wit. Ashkenazy guided his listeners through its many faceted gems.  The bark of the dog in Variation XI  was full of snap - the brass braying aloud – while Variation X Dorabella was full of flickers of charming sound. The wind playing was a delight.  The power and eloquence of Variation IX Nimrod almost unbalances this work (what a note of love between composer and publisher friend it enunciates), but Ashkenazy allowed its passion to blossom forth while ensuring its ending dovetailed into the ongoing pulse of the variation format. Variation XIII Romanza was particularly eerie. The haunting clarinet (Celata) mused aloud near soft querulous strings, as though suspended in some long distance thought. The finale with organ and full orchestra built up significant energy.  The tread of this cumulative power was very impressive, as Elgar played with his original theme in dashing riffs that delivered a purposeful exhilaration - and triumph.

Ashkenazy has consistently demonstrated his knowledge and understanding of English music. His self-effacing approach to music making is always a life enhancing experience. 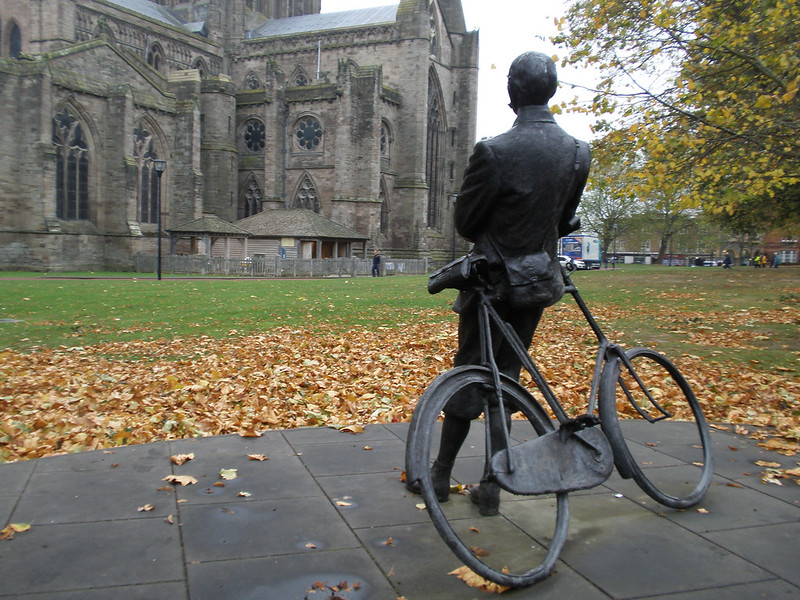