In terms of performance numbers, Puccini’s La Bohème is one of the top five operas in the world. It is not hard to see why.  It is full of the tenderness and passion of young love.  Puccini artfully captures the full blush, all the adolescent ardour, of falling in love – energising his operatic creation with the force field that love creates.

Opera Australia’s most recent outing of this masterpiece gives this treasured work a beautiful shine and restores verisimilitude to the young characters, exactly as Puccini’s music instantiates, with the drama sprung from the music and its close attention to emotional states.  The stage is populated with believable people, their love, anger, passion and outsize humour bedded on the opera’s masterful orchestration and tight dramatic structure.

The production by Gale Edwards situates itself in the last years of the Weimar Republic and allows an undercurrent of 1930s militarism to sneak into the Café Momus, now a plush Berlin nightclub.  Edwards also allows for much intricate stage traffic in Act 2, no mean feat on the blithely small stage of the Sydney Opera House.  It could all be heavy handed, but it is not.  And the spaciousness that the staging affords to the garret of Rodolfo and Marcello seems to breathe extra life around the shenanigans of the male Bohemians in Act 1 and the impending tragedy of Act 4, while giving the snowy outskirts of Berlin town a suitably sombre and fenced locale in Act 3, as the authorities seek to control the movement of the city’s underclass.

The costuming was exuberant; Mimi’s gorgeous period wool dress was both slinky and homely.  The set design is both practical and enlarging of the drama, dazzling in Act 2 (Brian Thomson), while the lighting was complex but without notable gear changes (John Rayment).

The two poetic lovers, Rodolfo and Mimi, were portrayed through a rare mix of understatement and passion. Their introduction and interaction at the end of Act 1 was plotted as a fresh retelling of love’s old story. Arthur Espiritu as Rodolfo touched every mood with deft meaning, responding as a young man surprised by his emotions but knowing how to guide them to his fulfilment.  His voice shone out when required with a pure and powerful sound while nicely weighting the humour of the role. At the dark end of the spectrum, his fear of Mimi’s illness in Act 3 was skilfully rendered.

Greta Bradman as Mimi was a revelation.  The voice is very large, dark and penetrating, and not necessarily ideal for Mimi, but the volcanic outpouring did remind us that a slender frame can overwhelm the senses with its mighty timbre.  She has the high cheekbones of a Schwarzkopf (the ideal resonators) and like her, a voice that carries in the theatre, allied with acting that is starkly believable.  Her death scene was poignant, not overstated, but full of impassioned singing as she greets her bohemian friends for the last time and tries to say farewell to the love of her life on her dying breath.  Her singing and acting was imbued with tender poetry.  She had a slight upset in the difficult high soft notes of the end of the Act 1 finale with a glottal stop getting in the way of absolute purity. Slimming down such a large voice has its challenges, but generally the pianissimo effects that Puccini requires were met, though one suspects this voice might be more at home in the Verdi Leonoras (Trovatore and Forza).

Andrew Jones and Julie Lea Goodwin sang Marcello and Musetta, the more rumbustious pair of lovers.  Goodwin stole the show in Act 2, as a great Musetta should.  In this production, Act 2 builds nicely on the waves of enjoyment that Musetta’s waltz song unleashes, rising to a glorious concerted crescendo – all cheekily handled as a 1930s hit song with Musetta lavishing her lungs and hedonistic philosophy on a large German radio microphone.

Musetta’s interactions with Marcello are a great mercurial thread of emotion that weaves its way through the opera.  They are good passionate people who love profoundly, often without restraint. Jones’s voice is a serviceable baritone, though it doesn’t always ring out with the last note of Italian braggadocio, but it is secure and allied to intelligent acting.  The Act 4 duet with Rodolfo was full of nostalgia and ardent longing, with that lovely swing that Puccini gives as uplift to the melodic line.

The other Bohemians were nicely differentiated, vocally and dramatically.  Shane Lowrencev, as Schaunard, gives a delightful take on the elegant and camp musician with a heart of gold.  Richard Anderson, as Colline the philosopher, was enthusiastically downbeat and deftly funny.  His aria farewelling his coat, ‘Vecchia Zimmara, senti’, was well sung.

The opera is full of such moments, deftly and vividly coloured, each takes a snapshot of character (almost designed in duration for the emerging shellac record) and gives us picture postcards of vivid hues.

Not to be outdone on an evening of apposite singing and acting, the ever reliable Graeme McFarlane gave us a suitable oleaginous Benoit, vocally very secure with an extravagantly plush and self satisfied persona, the dyed hair and grinning face seeming to highlight his only partially supressed lechery.

The OA Chorus in Act 2 were fulsome in sound and exuberant in character.  Their mise en scène hinted nicely at the extraordinary fecundity of Weimar nightlife.  The Alcindoro was just the right age for this young cast.  Tom Hamilton managed the comedy of his role without hamming it up.

Conductor Pietro Rizzo caught the bloom of the scoring and navigated its energy and beauty with finesse: the concertmaster, Katherine Lukey, delivered some luscious violin solos.

Hunger, poverty, the need to survive, surrounded by the drive of pleasure and creativity, are states of being never far below the surface of this opera.  Its pulse is tender and joyous and arises from a sensibility that has experienced the ache of living.  In many ways, Puccini remained on the emotional level of heightened adolescence throughout his career – none of the vocal and emotional complexity of a Verdi.  But in his own more constrained world, he delivers a perfected perfume, through which we inhale the emotional stresses and extravagances of adolescent love.  And what a highly complex bouquet it is.  OA have untapped it essence in this vivid production. 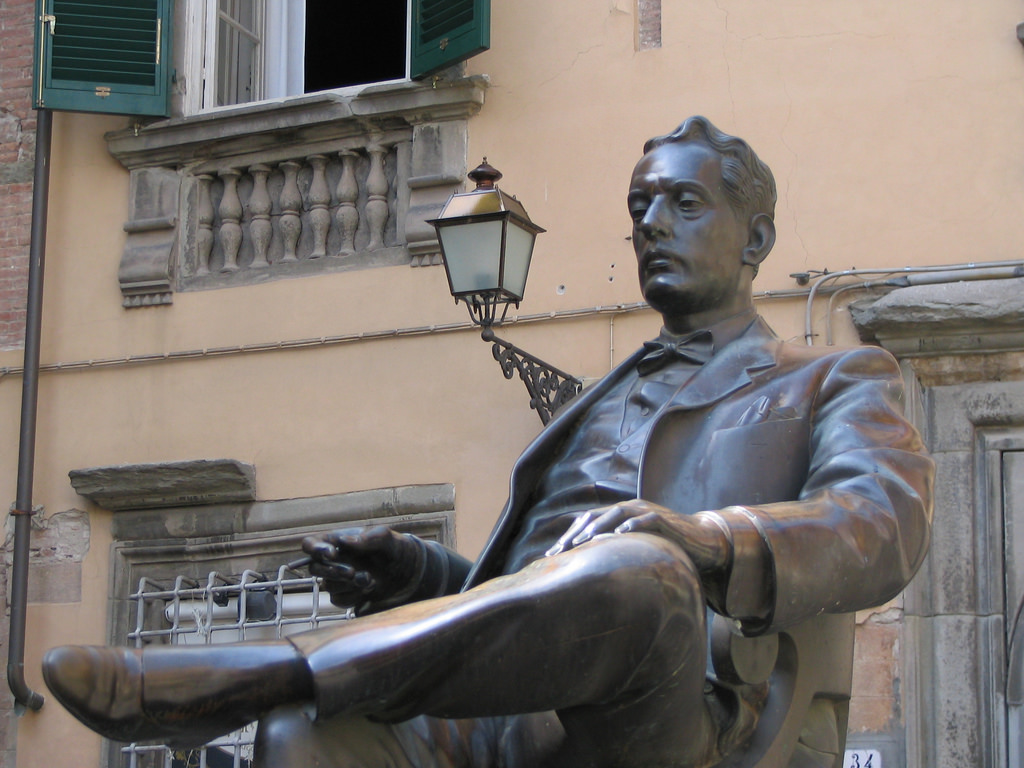