THE VOICE HAS IT

​Stalin’s Piano is an interesting matrix of spoken words and piano, using an original score for piano by Robert Davidson that takes the vocal imprint/declension of many famous 20th and 21st voices - both Australian and International, ranging across politics and the arts – dissecting, embellishing and duetting with each chosen voices’ speech cadences.  In effect, it plays with the soundtrack of these public voices and some of their famous or most startling utterances.  It is deeply vocal but haloed by the percussive instrumental fleck of the piano - a distinctive soundscape that brings a multi-media, layered perspective into the concert hall.

In spoken content, it ranges nicely from the deep constructive philosophy of Le Corbusier and Frank Lloyd Wright through to the anti-misogyny speech by the Australian Prime Minister, Julia Gillard.  As the composer said in his introduction – it doesn’t really have a forward narrative or momentum but is more like a suite of pieces in related styles.

Sometimes it genuinely communes with the past.  The homage to Maria Yudina, Stalin’s favourite pianist, was both beautiful and disquieting - as the religious vision of Yudina played out across the projected story telling of Shostakovich, linked to the production of Mozart’s music – with the ‘yurodny’ sting in the written tale that Comrade Stalin would need the deep forgiveness of Yudina s God when the dictator dies and is punished for the evil he has unleashed on Russia and the world. All of this complexity was beautiful handled by the composer and the pianist, Sonya Lifschitz – as Lifschitz and Yudina duetted on the slow movement of Mozart’s Piano Concerto No. 23. The remarkable religious piety and the deep interest in modern music that Yudina held was showcased with remarkable skill.  A pity we didn't get to hear the boyish voice of Shostakovich.

Sometime the music was a little wan, sometimes treading textures in search of the right spotlight, sometimes the focus on the voice coruscated against the music, but in general this was a fascinating experiment – that highlighted the musical pulse of much speech.  This work was particularly deft in rescuing that extraordinary polymath, the world composer, Australian Percy Grainger, from his perceived dilettante playfulness giving us the sturm und drang of a composer who experienced intense suffering in his life and his creativity. Music and words stubbed at the dilemma of fame, pain and creativity that this composer experienced: holding forth the direct link between music and the scream.

The Thomas Mann discourse to the German people – Germany and the Germans (1945) -  was chilling but fair, pinpoint sharp on their betrayal of the humanist impulses of the German enlightenment that were starkly traded away for the demagoguery, tyranny and stench of National Socialism.  What the music couldn’t do was pick up on Mann’s startling riff on the negative logic and consequential impact of Luther and Goethe in this bargain.

The work also rescued from dim consciousness that other polymath of creativity, Robert Helpman, the music nicely echoing the frisson that arises from each creative decision when the moments collide.

The JFK jumble on missiles and Cuba was full of pattern making in words and music that seemed to signify the power of endless repetition, like a minimalist homage.  Effective but not necessarily memorable.

In the homage of Stalin’s Piano there are only 2 women in the portrait gallery, but it ends powerfully with the grunt of new wave feminism and Gillard’s speech insisting on a recalibration of the power imbalance that many women still experience in daily life, the music thrillingly echoing her controlled anger but leaving a question hanging in the air.

The connections between politicians and the arts was not consistently explored, but one of several thematics. This composition certainly has the capacity to make the listener thoughtful as to the intersection of words and music - as a variety of speech patterns were unpicked and translated in duet with a wiry sometimes volcanic musical thread on the solo piano.  Lifschitz was a life force of extraordinary density and capacity. 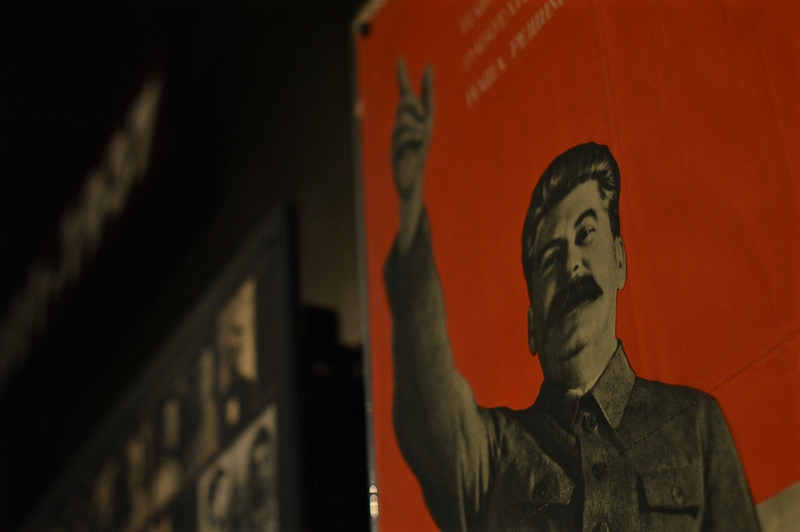