Il Viaggio a Reims (1825) is an absolute occasional piece, a dramatically shallow homage to the return of the Bourbon King (Charles X), like Rossini, soon to retire from active kingship.  The autocratic king was overthrown in 1830. It contains some glorious music.  This newish production (2015) takes it sad-sack theatrical clothing (as a contemporary said: “without action and without interest”) and gives it a complete makeover, in the process creating some of the most thrilling tableau seen on stage for a long long time.

Directed by Damiano Michieletto, with set and costumes designs by Paolo Fantin and Carl Teti, this production heightened the artifice of the original by setting it in a modern art gallery (the Golden Lily Gallery as opposed to the Golden Lily Spa Hotel) awaiting its opening and the receipt of a series of  iconic works of arts.  It places the original opera’s travellers in this setting as almost commedia dell'arte chums who musically and scenically vault through their own preoccupations, feuds and loves.  Their characterisations run amok through the slender plot.  It is a clever conceit and artfully clothes the works dramatic longueurs and long arias with decided éclat.

It plays with our knowledge of iconic paintings and teases into being several witty bon tableau.  At one point, key characters tear through the cellophane wrapping of the enormous gilded frame, in a quest for attention.  The concept of paintings and sculpture coming to life would only offend a curmudgeon.  The touch of parody is light, but effective.  As the publicity states :  "a Magritte, a Van Gogh and a Goya walk into a gallery…”

The delirium of Rossini is set within an expansive metric with some very long and elaborate solos.  Fourteen soloists populate this grand opera d’occasion.  Damiano Michieletto's  production works a treat with revival director Constantin Costi ensuring its flow of ideas kept moving within an expansive musical pulse and on the tiny Sydney opera house stage, where room to move is difficult.  The clutter is funny and logistically miraculous.

The Anna Wintour - Devil Wears Prada - parody was delicious, as Madam Cortese becomes gallery director instead of innkeeper.  The versatile Julie Lea Goodwin was brisk and sexy in both demeanour and singing in this comptroller role that lets the  witty fusillades fire.

The mock heroics of the Contessa de Folleville (Emma Pearson) were wittily enacted – her missing shoes and clothes are now misplaced paintings – and a long intricate aria supports their recovery.  This was coloratura singing aligned with flashing humour and the softest of parodic intent.

Corrina’s “Arpa gentlil’ was a beauteous and  prolonged invocation – that reminded us a little of the great prayer from Moïse et Pharaon (1827).  The simplicity and power of Rossini’s invention is constantly thrilling.  The Canova statue of the ‘Three Graces’ came to life during this extended solo, a distillation of brotherly love supported by wondrous harp accompaniment and sweet choral interplay. It was glorious pitched by Irina Lungu.

Teddy Tahu Rhodes as Lord Sidney acted the part of the forlorn lover with subtle comic effect, and even though his voice is a little worn and hollow these days, he managed the rapid Rossini s runs with clever breathing.  When the object of his desire appears as both painting (Sargent's – ‘Madam X’) and apparition, we surrender to both the folie de grandeur and the  trompe-l'œil as he slowly disappears into the painting – the lover’s form extending outwards and drawing him into the canvas and portrait as he, his obsession and the Dali-like canvas seem to melt into one.  This was a beautifully executed scene, witty and visceral, particularly when the apparition of his love smears blue paint on his buffed body and brings the dreaming into masculine frisson and responsiveness.

The two tenor voices – light agile and sexy – were firmly projected across their difficult vocal terrains by Juan De Dios Mateos as Cavalier Belfiore (the French noble man and part time painter) and Shanul Sharma as Conte Die Libenskof (hopelessly in love with Marchese Melibea).  The roulades and frisky humour of their respective vocal writing were in good hands.

Warwick Fyfe gave a warm hearted portrait of Barone di Trombonok – the German  music lover.  Don Álvaro, Luke Gabbedy, was comic book droll as the besotted Spanish admiral, Asterix like in his sham sword fighting.  He was buffoonish when required.

Giorgio Caoduro as Don Profondo was both headily handsome and riveting in his patter song – which now became an art auction with a link to the artefacts of possession that delineate national characteristics.  This was taken as a pace, with breathless execution and theatrical zing, incorporating the young conductor Daniel Smith into the proceedings as a bidder.

The ever reliable Conal Coad was deeply amusing as Don Prudenzio.  His ageing voice still projects and his comic gravitas is priceless.  The workmen and women of the gallery were suitably proletarian, obstreperous and enthusiastic in the same breath – chattering away with Rossini abandon.

The finale with its ghastly paen to Charles X – “the worst since Louis the First” – was made bearable by the beautiful poised singing of Irina Lungu and its almost suspended beauty as slowly, within the enormous painting frame the swallowed the stage, François Gérard’s painting of the coronation (1827) slowly emerges with quixotic exactitude before our eyes:  art glorifying tyranny translated into postmodern éclat via 19th century tableau.  This was a triumph of postmodern stagecraft.

The grand concerted ensemble that ends the original Act 2 was clever and full of Rossini's mass delirium, harnessing its participants pompous shock and distress  (“fate has no law nor mercy”)  then rising energy at the thought of a big party (“andiamo a giubilar”).  This delivered infectious hijinks in a slightly dark-edged way. The national songs and anthems  in Act 3 fizzed along with cheeky verve,  particularly the Polacca.

The exhilaration of Rossini is always uplifting.  The sheer fecundity of his invention amazes.  This occasional work points strongly toward the later and final French operas.  Indeed much of its music ended up in Le Comte Ory (1827).  The Royalist Rossini, yet to write he first opera in French, refused payment for this homage to the king in Italian, instead accepting the gift of a Sèvres dinner set, gourmet that he was.

The orchestra was in fine form – and unleashed this witty score with the tang of a comic edge, whether frenetic or droll – lead by the enthusiastic conducting of Daniel Smith, who can whip up a Rossini crescendo with the best of them.

Congratulations to all concerned for the visual and musical treat of this strange work and its fizzing comedy. 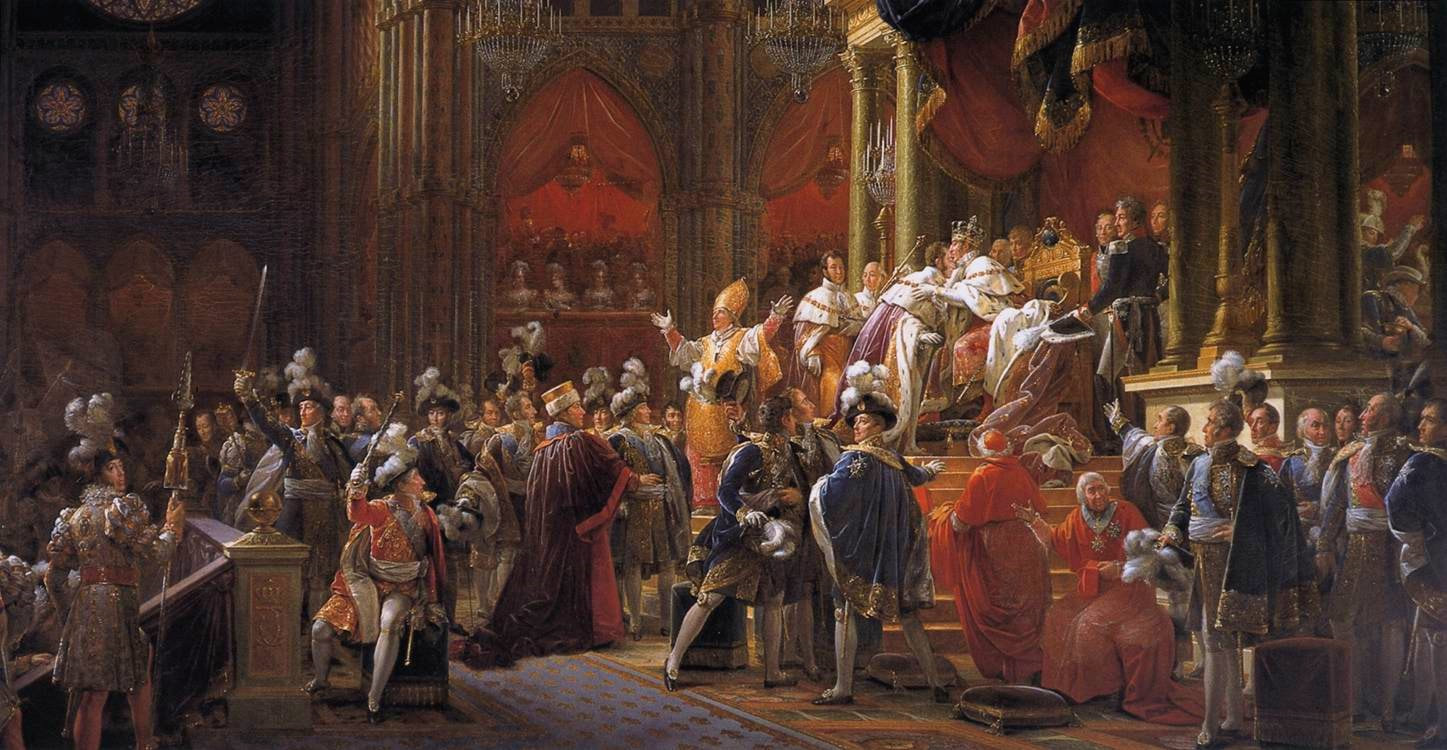