youthful fury – a storm pitched at one level

The approved and reverential  adaptation (1995: Nigel Williams) of William Goldings Lord of the Flies (1954) takes the post holocaust demolition of societal order at a clip – stretch by stretch, swiftly laying out the plot of this very famous novel as though keen to reach the end, while hitting the key thematics.

In the STC production directed by Kip Williams, the plot is clear – the declensions chartered, but whether we care deeply about its participants is up for debate.  Here we seem to telling borrowed stories – and adapting for our times and our shores – in this case a tale about privileged schools boys cast into a struggle for survival in some post-apocalyptic island:  modern Australia?

This adaptation mania – is the new norm.  In many way, theatre in Australia has reached the symbiotic nexus of Hollywood, dependent upon the carcass of great books to create its own theatre world. It is said that the director has already undertaken four productions of this adaptation - so it is deeply meaningful to the William's clan.

This production is notable for its gender fluidity – some boys are played by young women.  The large cast work hard to instantiate the lost island of wild and wilful young boys. Their initial sense of release is swiftly essayed with convincing exuberance. Though, as  is usual in Australia, any sense of class difference is rubbed out in this rendition of what in many ways is very English tale (choir boys) about hierarchy and its dissolution.

The evening offers some very good performances. Rahel Romain is a very convincing Piggy – a passionate child bound by the safety of rules and structure, prescient about the turmoil that is unleashed.  At times he feels like an uncalculatingly Widmerpool from A Dance to the Music of Time.  The complexity of his character draws out attention – even when his whining is displeasing.

Mia Wasikowska caught some of the Enid Blyton goodness of Ralph and made a convincing ‘blondchen’ public school prefect, trying to lead the boys to building, shelter and civilisation, but often lacked the ring of public schoolboy conviction, which meant the struggle between the disparate forces on the island often lacked congruence and conflagration between the two archetype leaders.

Joseph Althouse as Simon was kind and sweet – a lost soul who achieves memorability as a sacrifice to deep seated fear about the monster that lurks within. He is hounded to death and savagely dismembered by the boys, Ralph included.  It would be hard not to generate some visceral emotion with such a scene and this production manages the violence effectively.  Simon's discourse with the pig's head was drolly fantastic.

These boys, Piggy, Ralph and Simon, probably on the side of the angels, are nicely contrasted – as was the dissension that their experiences brings forth as roiling angst amongst themselves.

The alternative tribe, led by Jack, are at a disadvantage in this production as we experience no great character development around this alternative world view, man as hunter, perpetually at war and able to sniff out fear and harness its energy for destructive purposes.  This might very well be the toxic masculinity that director Williams alluded to.  It appears from the beginning – and he keep the levels of toxicity unbleached and in some ways unknowable and relentless.

Contessa Treffone started out super loud and aggressive as Jack and just got louder. Her characterisation felt like a deeply aggressive tomboy, marauding across the island in glee time.  The cumulative sense of how distrust and revenge might grow was nowhere to be seen.  Nor was our emotional engagement.  Her voice is big and strong – she was loud in this same company’s adaptation of the Harp in the South, at the same theatre – and has learnt to ratchet her volume even higher.  This is impressive in terms of a theatre animal able to howl,  but watching an animal snort for two hours becomes ‘beastly unbearable’ – and leaves the actor nowhere to progress with her and our understanding.

Daniel Monk as Roger delivered his emerging venom  and hate with nicely judged expression and intensity.  The fun of the tandem dialogue of Sam (Mark Pagulio) and Eric (Eliza Scanlen) was drolly executed and maintained some level of childhood fear and innocence in their portrayals.  The other members of Jack’s tribe were energetic, but were not given much material to work with to differentiate their experience of violence.

The production has some nice touches – with the lighting design by Alexander Berlarge particularly arresting: blood red for actual violence.  The hunt scene was imaginatively staged with coils of lighting both guiding and hemming in the pursued and the pursuing.  The costuming (Marg Horwell) was efficient, focussing on contemporary street wear, while the musical design (James Brown) also contributed to deepening some of the production’s more visceral moments.  Sometimes the game playing of these believable children meant that the sacrifice and smears of blood were well executed but didn’t necessarily evoke deep horror – still essentially being childish games.

The deux ex machina conclusion of the novel – was staged with stark brilliance – no naval officer as in the book, but a young child looking suspiciously like a young prince – regally possessing the stage and staring at the writhing victims of anarchy – now full of their tears and remorse .  Like the book, we are unsure if this intervention will save Ralph or us.

These hard working actors were asked to instantiate their imagined island and did so with a mixture of storage trunks and scaffolding (Elisabeth Gadsby) – and made us believe the signalling fire might be real.

The diversity of this mainly young cast was heartening, even if the play failed to enact an equal weight of human interest.  It would be good to see such a casted aligned with new, large scale ambitious Australian writing for the theatre. 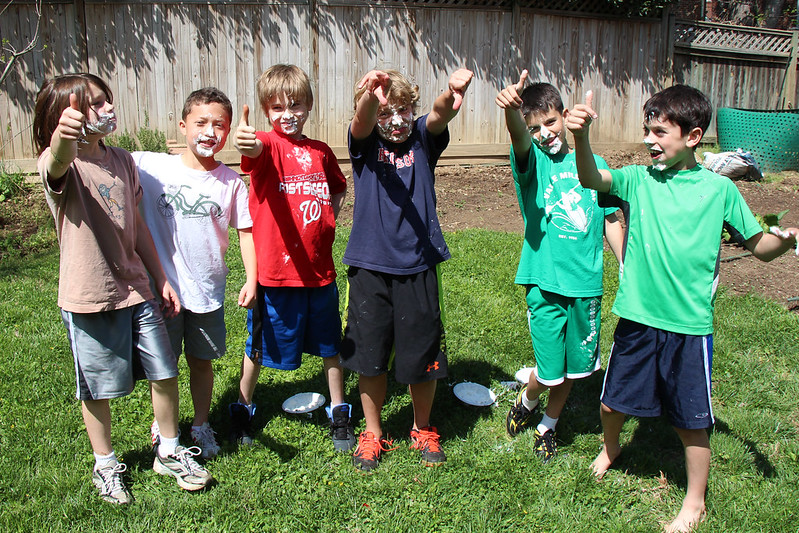