“WOMAN, WHAT DO I HAVE TO DO WITH YOU?"
​MARY RESPONDS!

The Testament of Mary (2011) written by Colm Tóibín invokes an extended solo performance that allows an icon, the mother of Christ, to tell her story, in the process questioning both her son’s death and his subsequent divinity.

The play begins with a lush coup de theatre  (design by Elizabeth Gadsby) showing Mary the icon ensconced in her legend with visible pumping heart, golden hair, alabaster skin, extended hands and flowing regal robes.  She cradles the Lamb of God in her arms and is surrounded by votive candles with the heavenly firmament rotating as her halo.

This tableau is even more arresting when Alison Whyte, as Mary, peels away these layers of glorification and presents a rangy, buxom woman in tee shirt and pants with beautiful flowing locks.  Mary of Nazareth is a real person in this play.  In a series of carefully modulated vignettes we slowly begin her back-story:  in exile, imprisoned by the gospel writers and fanatic followers of Jesus Christ.  She is captive to their desire to absorb and adjust her heartfelt experience into a malleable mythology that will underpin a new world religion.

The play provides several narrative highlights.  The raising of Lazarus and the Wedding at Cana being two examples.  The beautifully modulated story telling of the dead and undead Lazarus is heartrending as the ramifications of potentially dying twice are explored.  The visceral weakness of the undead Lazarus, supported on the arms of his sisters Mary and Martha, is gravely realised by both text and delivery creating a mystery far deeper than the biblical tale.  In the process, Tóibín  creates a Mary of Nazareth who challenges with logic and humour the tale that the gospel writers have constructed.  Mary’s description of her sons’ disciples as misfits in search of holy adventure and salvation is craftily reworked across the various episodes. The language is formally graceful, but the questioning voice is starkly real.

Alison Whyte is haunting in her disgust at the wasteful tragedy of her son’s death.  The Golgotha narration is wide-ranging, full of raw feeling, pain, anger, fear denial, where distraction from the tortuous nature of her son’s crucifixion is a blessed relief.  The writing and her performance take us into the mind of a mother watching her disembodied son whimper in pain, but also watching everything around her and weighing both the beauty and cruelty of how human beings live.  It bought forth memories of Auden's wonderful poem about suffering:  "The old Masters:  how well they understood/Its human position:  how it takes place/While someone else is eating or opening a window or just walking dully along" - Musee des Beau Arts (1939).

The episodic nature of the narratives can be anti-theatrical, but the direction (Imara Savage), lighting (Emma Valente) and sound design (Max Lyandvert) ensure their length and tone is varied enough to keep the superstructure floating.  The finale with its incantation on the wasted death of her son leaves a haunting aftertaste.

Whyte’s performance is remarkably wide ranging.  She sustains our interest across the plays 80 minutes, though sometimes the well known story defeats any sense of suspense. The fact that she is virtually under house arrest, as her son’s disciples seek to codify what she has experienced, is swiftly established at the opening of the play.  Subsequently, the menace of this incarceration is never realised.

The staging is simple and effective, the music brutish when required – if occasionally overwhelming.  The echo effects applied to some of Mary’s narration are carefully and effectively applied. The lighting adds to the sense of a cumulative narrative.  Like Wagner and his operas, the play cannot escape the constraints that narration applies. Telling stories is a fundamental human condition, but it does require concentration and patience on behalf of the listener.

The play delivers a refreshing and warm take on one of history’s sanctified women.  It draws out the steely courage and intellectual rigour of this women and incorporates her response to a range of other characters summoned forth through the narrative (particularly effective in detailing the betrayal and political menace of her ‘cousin’ Marcus.)  At one point, in a lull in my concentration, I wondered what Shaw might have down with the play’s artful premise.

The audience were warmly appreciative of the performance and the gently modulated catharsis that the author creates for us to share. 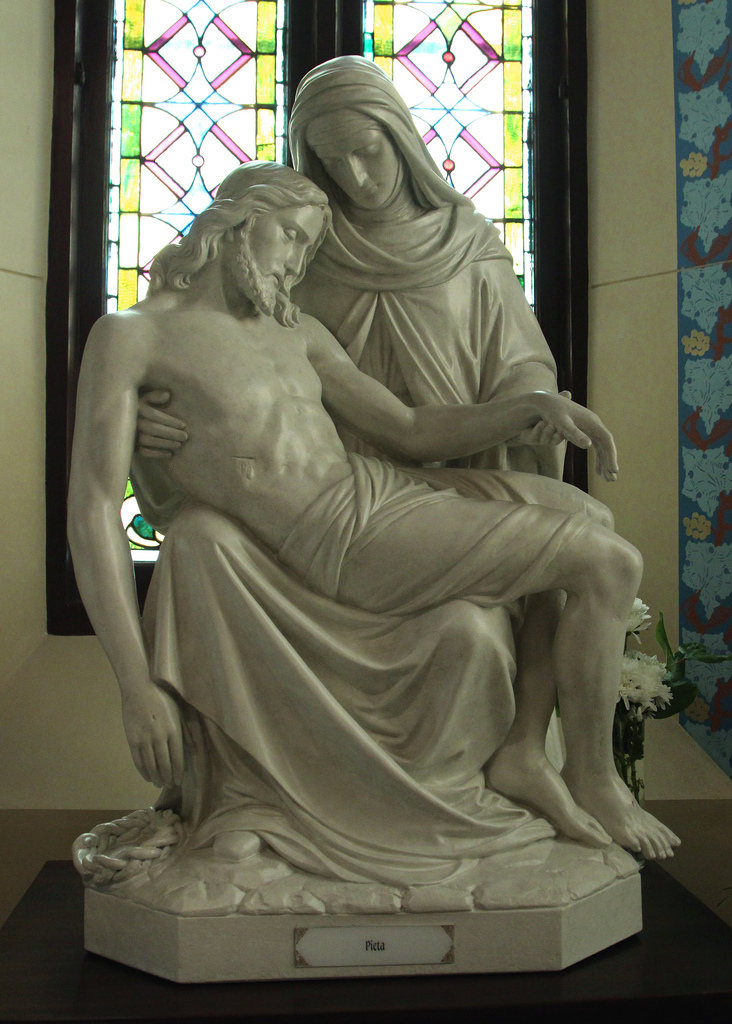