FREDDY KEMPF:  A FIRE THAT BURNS, A TENDERNESS THAT WARMS

Recital 1
Freddy Kempf undertook two enormous piano recitals on the one day in the Sydney Opera House, beginning at 3.00 p.m. and 7.00 p.m. respectively.

The first recital was an all Tchaikovsky affair, presenting The Seasons Opus 37b (1876) and the Grand Sonata Opus 37 (1878).  This is rare repertoire for Australian audiences.  It made one realise how imagined orchestral might operates in this composer’s solo piano work.

The twelve characteristic pieces of the Seasons invoke a fulsome response to aspects of Russian weather and Russian life, their publisher choosing a separate Russian epitaph for each month.  Kempf brought them all to life, with dazzling technique and searching line.  The melancholy of the Barcarolle: June was deftly dolorous, while the Reapers Song: July was given with a swagger that hinted at pianistic reserves that could go bolder and brighter – its epitaph says ‘move the shoulders/ shake the arms’.  The final Waltz: Christmastide was beautiful shaped as a miniature and concluding ballet.  Though these pieces are generally built on a simple tripartite structure (ABA), Tchaikovsky enacts some remarkable internal diversity – with dramatic and delicate constraint challenging and shaping the aural experience.  At times one hears the born orchestrator’s emergent ideas.

The second part of the first recital gave us the heroic Grand Sonata – aggressively dazzling with its washes of sounds and clusters of chords.  It is a knotty work – stubborn in intent, as its repeated attack on certain notes seems to signify.  Tchaikovsky called it “dry and complicated”. Complicated it is, but never dry.  The angst that drives its febrile trajectory is truly awesome.  The influence of Chopin is apparent in the more lyrical sections of the work – where bel canto singing hovers above a rippling surface.  In this performance, the Scherzo was a tour de force of muscular beauty while the utterance of the Andante registered once more the singing line that comes so naturally to Kempf’s playing.  The Sonata demands so much of player and audience.  Kempf’s passion and energy were rewarded by an attentive audience and warm applause.

Then as further reward, Kempf gave us a Chopin encore, Etude Opus 10 No. 3, that seemed to naturally reflect on the way the greatest piano music yokes intensely poetic reflection, time almost suspended, with the hint of heroism and its unsatisfying after taste.

Recital 2
Freddy Kempf undertook two enormous piano recitals on the one day in the Sydney Opera House, beginning at 3.00 p.m. and 7.00 p.m. respectively.

The evening recital brought forth further and better-known glories.  Kempf told us he was revising and rethinking the Chopin Sonata No. 3, Opus 58 (1844).  His thinking bought an incredibly dramatic performance into play, muscular yet floating the most beautiful singing line that honoured the transcendent melisma of Chopin (grace notes given weight and meaning).  The Largo was haunting in its supple line and bittersweet sadness.  We all held our breaths as Kempf charted a course across this spacious realm.  His trajectory hinting at the strong influence this music has had – the Grieg’s Lyric Pieces sprung to mind.

The fire and energy of the finale was breathtaking.  Though the 39 year old now considers himself to be ‘growing old’, he played this at a young person’s tempo, every note registering with force and clarity.

He commenced this recital with two of the minor key Chopin Polonaises and alerted us in his spoken introduction to the volatile and passionate nature of these works, reflecting the composer’s passionate commitment to his troubled homeland, Poland.

Kempf encompassed the dark mournful tones of the Opus 40 no. 2 (1839) – drawing us in to its melancholy before unleashing the heroic grandeur of Opus 44 (1841).  This was playing on a grand scale but absolutely secure and clear – no blurring – with a gathering intensity.

But even this was surpassed when the final work on the program brought us face to face with the original version of Rachmaninoff’s Sonata No. 2, Opus 36, (1913).

The sheer agonising heft of this work, its yearning lyricism, it dark clangourous world of bells and death was managed every step of the way by Kempf who allowed us, within the midst of ecstatic crescendos, to hear the notes and follow the composers thinking.  The inherent orchestral colours of these notes shot out sparks that seemed to connect with late works by Rachmaninoff, such as the Symphonic Dances.

In later life Rachmaninoff tired of this work’s turbulence and created a revised, condensed version. One almost thinks of Vaughan Williams’s words about his challenging 4th symphony – along the lines of ‘ I mightn’t like it now, but it is what I meant’.  How lucky that we have Kempf to give us a powerful rendition of the young man’s music, this startling look at Russian nihilism on a bedrock of religious faith, surrounded by the bell like peals of the Russian romantics:  exotic and thrilling.

Kempf is a wonderful storyteller, his musical tales from distant lands bequeathed an audience alive to every note and willing its own catharsis.

As a completely different encore, he rewarded us with a taste of his Beethoven, the Adagio Cantabile from the Piano Sonata No. 8 in C minor, Op. 13, summoning a different ghost, but one with its own quirky beauty and ineffable sadness and benediction. Slowly, in singing style, we ended the evening in peace.

May Freddy Kempf return to our shores often. 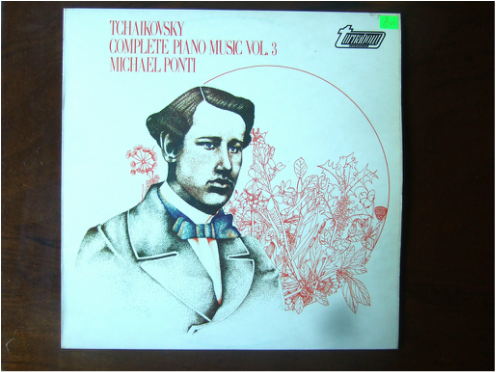