It might have been useful in advance to know that the Sydney Theatre Company production of St Joan would be a somewhat brutal adaptation. Truth in advertising might have demanded this, respect of Shaw would have simply required it.

This was Shaw rearranged. We began in the middle of his play (Scene 4 adapted).  Possibly  postmodern in its intent, but a little old fashioned in that it wanted a spot lit modern heroine – the feisty ‘me-too’ gal -  surrounded by uncomprehending men, subject to dogged violence and ultimately murdered.  This production always sought to simplify both narrative and language, as though frightened of the plays stark complexity.

Shaw, with his layering of characters and scenes and his determination to see but not necessarily take sides, seemed more decidedly postmodern. The Epilogue was not given.  Its slippery humour gives us the dead Joan who encounters her own courtly exoneration in the chamber of the ageing Dauphin/King, a scene that brings forth an array of her persecutors.  Here is gentle defiance – “I shall owe nothing to any man” - and droll humour: “half an hour to burn you, dear saint, and four centuries to find out the truth about you!” None of this comedic complexity was considered worthy of inclusion.

What we did get was a feisty Joan – essayed with great febrility by Sarah Snook as a perplexed but stirring innocent, revealed in all her strength and disorder.  Her silent presence in the opening scene, rearranged by Imara Savage, was visually arresting, brooding over the discussion of her rampage amongst the English soldiers which was recounted by the English Priest as pure witchcraft. Sean O’Shea nicely and succinctly established the prissy and incredulous nature of the English religious sensibility, on song with its “invincible ignorance”.

This delicious discourse regarding the claims of Church and State was picked at by David Whitney as Warwick(Earl in this production) and given more substance by William Zappa as Cauchon the Bishop of Beauvais.  It still startles with its dissection of self-interest and the boundaries that every society works out with regards its sectional power bases.  Warwick was slickly dressed – no warrior feudal lord, but a smarmy property developer whose defence of  the aristocracy rang the right bells but not necessarily with authentic tone.  There was none of the cordial, expansive and gruff business approach that Shaw indicates.

The unmasking of Joan at the end of this rearranged scene was visually arresting, layer discarding layer, vocally as well when her voice rang out clearly across the masculine pell-mell. The vocal strength and verbal clarity of Snook’s performance was quickly established.

The various emendations to Shaw’s text (Savage and Emme Hoy) focussed on Joan’s voices and visions.  These were rhythmically different from Shaw’s scansion, but managed to build a hypnotic quality that seemed obsessively modern in its fixation on certain words – almost like an ecclesiastical rap.  These sequences certainly shone the spotlight on Joan, without necessarily adding layers of meaning - though helping a 21st century audience to understand the obsessive intent of religious fervour.

John Gaden was artfully Jesuitical as the Inquisitor, unravelling the labyrinthian thought processes that Holy Mother Church, folds and unfolds around sin and its forgiveness.  Intellectually, his Archbishop was equally interesting, but there was no vocal differentiation for these two related characters, though his explosion against Joan's slur of untruthfulness in his own Cathedral was nicely tempered.

The role of the Dauphin was given out of order and the sequence of his passages was lost.  Although the whining ineffectualness of the characterisation by Gareth Davies was funny, it was all too mono-dimensional.  The reordering by Savage tended to cut the cumulative character building that Shaw managed with simple means – block by block.

Brendan McClelland as the General (Dunois) - who encounters Joan at the battle field – gave a taut but somewhat undifferentiated assumption, his vocal measures didn’t eviscerate with the fear and horror of battle, though his words were well projected.

The set was starkly beautiful (David Fleischer), the clerical garb stiffly elegant (Renée Mulder), though slashes of colour might have been expected for the Coronation at Rheims.  The immolation of Joan was represented by oozing liquid self-poured from a jerry can over her body. Its symbolism might have been enhanced by lighting that intimated the golden transcendent flames of an unearthly world, but overall the lighting design was simpatico with the stage flow.

The latter stages of Joan’s trial were nicely operatic – and one point almost reminding us of the bickering Jews in Strauss’ Salome.

The taste and smell of war permeates the play by Shaw – but in this adaptation, Joan was the only character allowed to project this visceral imagining.  Putting absolute focus on her dilemma enhanced her role from the perspective of acting and audience intent, but it somewhat left us bereft of an equally sharp focus on the forces of state and church that surround her and the complexity and fluid alliances, the layered meanings, of a war that has raged on for a hundred years.

Joan’s surrender to church and state – and then dramatic renunciation of this pact (no life imprisonment for this country girl) was not necessarily a high point of this production.  From a theatrical point of view, the improvised visions seemed more important and carried more theatrical flair, in this adaption.

Without the Epilogue, the distancing of excessive emotion that Show so artfully arranges was absent.  His play was cut off from its whole intent.  The torso remained, with an almost Hollywood focus on the rigid righteousness of the young girl – Ingrid Berman so to speak in the spotlight,  al a Maxwell Anderson, Claudel and Honegger.

As Shaw cagily wrote:  “critics point out that by the excision of the epilogue and all the reference to such undramatic and tedious matters as the church, the feudal system, the inquisition, the theory of heresy and so forth, all of which, they point out, would be ruthlessly blue pencilled by any experienced manager, the play could be considerably shortened.  I think they are mistaken… it will happen when I am no longer in control of the performing rights”

The production team have blue pencilled half the play.  This still makes for an interesting evening in the theatre, which the audience enjoyed.  But it seemed to imply a belief that 21st century folk “cannot associate pleasure with any sort of intellectual activity”. 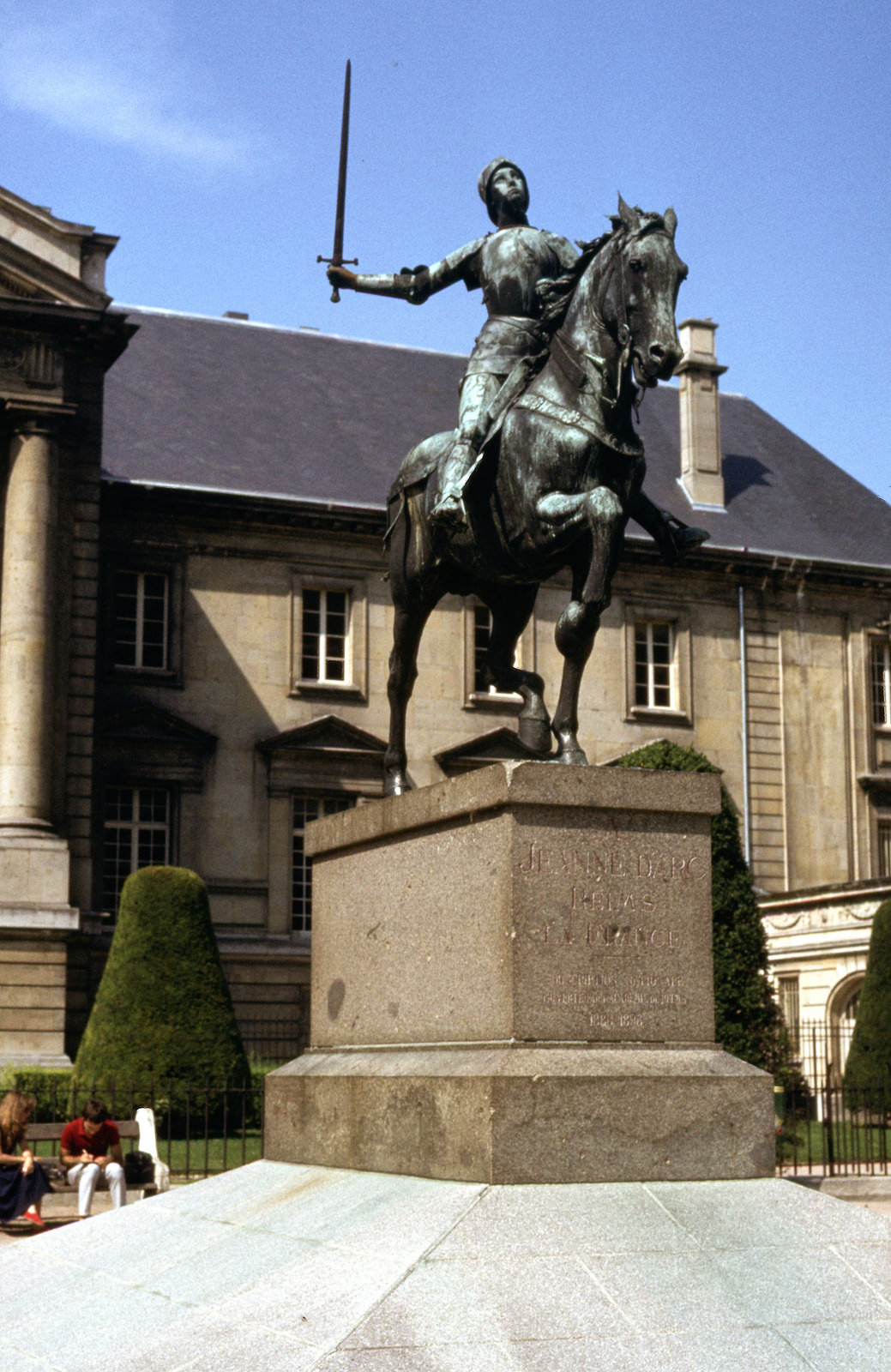