A Russian pearl served on a bed of saffron, le style Australien​​

​Sydney Australia is the Pearl Fishers (1863) capital of the world.  Why this early somewhat unformed work of the young Bizet should be so popular in the antipodes is a piquant mystery.  Its wildly famous ‘bromance’ duet is the drawcard for most people – a tenor baritone love song that was amazingly recorded by Caruso and Ancona in 1907 and made famous by Bjorling and Merrill in 1950.

The opera has many vivid moments, it is a lovely work, but has a finale that attenuates the dramatic tension and musical interest.

In this new production, Zurga (Baritone) and Leila (Soprano) are the dominating characters.  The passion and feistiness of Leila was given life by the Russian, Ekaterina Siurina. Her invocation to Brahma in Act 1 made great sense as we witnessed her trade as a commoditised priestess, radiating waves of gentle coloratura while also etching the young woman’s desire and fear as she summoned her young lover, Nadir.  Delibes' Lakme (1883) has a related but more boisterous scene.

In her Act 2 aria, Comme autrefois dans la nuit somber, Siurina floated exquisite limpid sounds that bespoke a very Gallic sense of desire.  The roles inherent demands for coloratura and deep drama were met every step of the way, particularly in the Act 3 encounter with Zurga when she begs for her lover’s life.

In music strongly influenced by Verdi, the Act 2 love duet marked out its various stages of ecstasy, misunderstanding and reconciliation.  Nadir, as sung by Pavol Breslik was a highly strung romantic lead, a little four square in his physical acting (his passion seemed to bring him more pain that pleasure), but his pure clear voice did justice to the lovely music that Bizet gives him:  Je crois entendre encore, famous when shellac was new, was well managed with lovely head voice in its concluding sections.  The vocal perfume that Bizet’s music creates allowed us to sigh with deep pleasure at the end of this difficult aria.

Jose Carbo as Zurga presented a gruff colonial governor, a young man engulfed by his magisterial beard and attempting to manage via leadership and money the blended customs of Ceylonese villagers and European law and order.  Though his voice is displaying a little bit of wear and tear, he rose to the dramatic and vocal challenges of his role. The internal conflict that his dual loves of friend and priestess present him was a highlight of the evening, as he paced the decaying confines of the colonial mansion and brooded upon his predicament, wine bottles cluttering the floor and mould growing up the walls.

Daniel Sumegi provided a thuggish representation of the high priest Nourabad, as a well off ‘pimp’.  He was good on the menace but unable to excavate much more from this admittedly underwritten role.  His large voice has a mesh like patina, no wobble, but a rather grainy diaphanous, undifferentiated sound.

The chorus was exemplary; they gave glinting thrust and heft to their many large-scale interventions.  Their desire for revenge was strongly etched.  The orchestra and conductor, AO Opera and Ballet Orchestra and the irrepressible Guilliame Tourniaire, were on fire, relishing the piquant orchestration and dash of this elegant music.  Tourniaire is a delight, a long legged, monkish looking man who radiates delicious energy.  At times he seems to levitate with elation.  His clear directions of text and music elicited strong performance in pit and on stage.

This production, directed by Australian playwright, Michael Gow was a little static to begin with, but reached a nice equilibrium in its various set pieces and the undercurrent of intercultural differences were deftly flecked. Though no more than pleasant, the final tableau gave a little more suspension regarding the fate of Zurga than the music that poor Bizet left us.

The stage was immersed in the colours of saffron and ochre with a vivid crumbling temple overshadowing all.  The ever-present sea was somewhat over glitzed in the first act but was well lit in subsequent appearances.

Bizet’s pearl still has some lustre – and a Russian priestess gave it a chance to shine down under. 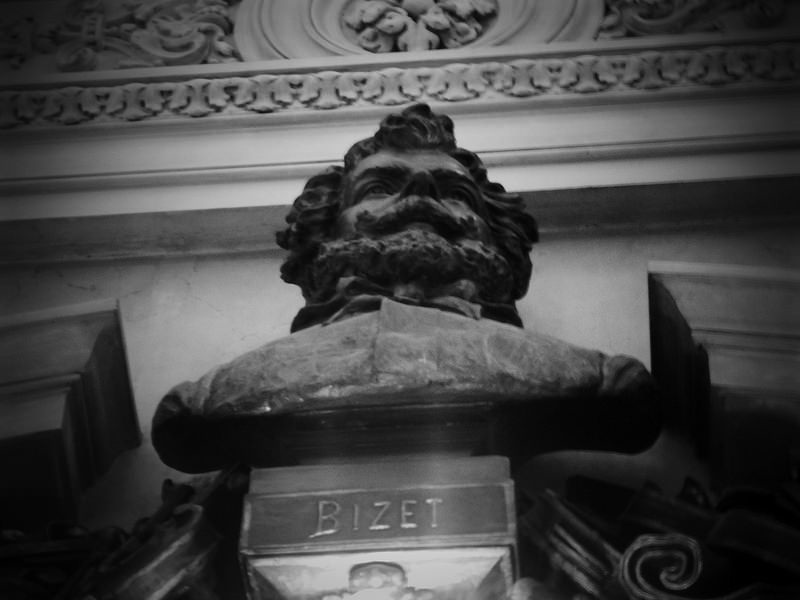