The Sydney Theatre Company (STC) production of Feydeau's’ A flea in her ear is amusing. As directed by Simon Phillips, the ensemble works very hard to ensure that the clockwork precision of the pratfalls and doubles takes, the misunderstandings and coincidences, is suitably energised:  the train wreck accelerates well.  What is missing is a sense of gossamer wings, the delirious frisson that would pronounce the spell of French farce across the large cast and its magical art nouveau setting.

There are some inspired performances where energy is allied with heightened sensibility and the murderously believable.  Young Harry Greenwood as Camille Chandebise is convincing in his difficult and somewhat patronised role.  His vocal disability is gloriously handled – the misplaced silvered cleft palate is a running joke of some fecundity – while his mania in Act 3, and the wearying emergence of Doppelganger fever, is craftily touched but deeply effecting in its believability.

In general the men are strong and take on multiple roles, though the low-key, withdrawn portrayal of Victor Emmanuel Chanderbise by David Woods is hard to accept within the framework of an accelerating farcical structure.  The energy levels are so low and the passivity far reaching that his portrayal of his other self, the drunken brothel porter Poche, has everything going for it, including a delicious walk that delicately channels the silly walks of Monty Python.  Thankfully, Victor’s return to frenzied enlightenment in Act 3 brings some much-needed strength to this pivotal role.

Sean O’Shea as Dr Finache, the thigh-slapping masculinist who fails to understand the seriousness of performance anxiety in the bedroom, is solidly portrayed and contrasts markedly with his thinly amusing Baptiste in Act 2 – as the rent a guest who switches on an infectious disease should the authorities raid the brothel.

Justin Smith is a treat as the wonderfully febrile Spanish noble lover - Don Carlos Homenides De Histangua. His filigreed exaggeration teeters on the brink of disbelief, but his linguistic mishaps with English are delightfully observed and the friskiness of his passionate, possessive nature is like strong liquor, heart warming.  His doubling of August (Ferallion the militarious hotel proprietor in the original play) is a less enticing characterisation – though still wilfully funny.

Leon Ford is a little undernourished as the butler, Etienne, though his Chaplinesque interrogation of his erring wife in Act 3 is particularly piquant and tender.  His assumption of Olympe – in full and gorgeous drag – is deliciously understated and mischievous to boot with a series of decorous pratfalls that somehow magically keep bosom and derriere in place.

The chemistry between the two leading ladies - Harriet Dyer as Raymonde and Helen Christinson as Lucienne - is fitful.   These convent girls, now the merry wives, provide much of the energy that sets the rumbustious plot on its trajectory but their characterisations lack consistency:  either too subdued or hyper frenetic before the frisson.  They are skittish, but not necessarily razor shape in their assumptions.  After the letter scene, the role of Lucienne seems a little redundant in the overall construction of the play. Dyer’s hyperventilating accent was somewhat distracting from the sharpness of her words, as though putting on a funny voice (channelling Miranda Richardson?) and pulling a funny face would create all the humour required. This worked against the text:  it was hard to follow the character’s deliciously contorted logic regarding when and how a married woman may take a lover.

Kelly Paterniti was more successful as Eugenie the brothel maid than Antoinette (the cook in the original play): the broad-brush comedy of the brothel character seemed to suits her talents better.

The costumes were a treat, as was the gorgeously flamboyant art nouveau set (Gabriela Tylesova). All the design elements worked harmoniously to deliver each of the three acts with minimal fuss.

As regards the text, the renovation by Andrew Upton is busily parochial with the strategic placement of various deft colloquialisms.  It is all a bit blokey, but generally works to deliver the laughs.  The joke about sitting through a play - my commiserations! – thank you, but it was a short play - is wryly funny.  But I suspect the play’s original Hotel coq d’Or might have been more linguistically fruitful instead of the newly minted Snatch time hotel.   The longeurs that crept into Act 3 did seem to prolong the inevitable denouement.  That may be a structural fault with the play.

Overall an enjoyable night in the theatre, but on balance the pain and embarrassment that underlines great farce was fitfully realised across the ensemble. 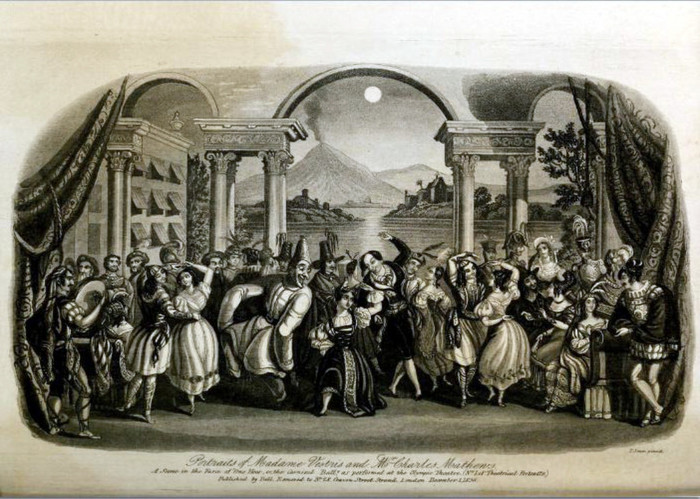