The recent Birthday Bash (60th) for Australian composer, Elen Kats-Chernin, was, like her music, a joyous occasion, no more than in the unheralded finale of Russian Rag (1996). With the crème de le crème of Australian musicians on the stage with Elena (on toy piano), they played this famous piece with assiduous lilt: saxophone, marimba, flutes, trumpet, clarinets, oboe, harp, percussion, pianos, cellos, double basses, musical saw et al unleashed a riot of colour and energy.

This was a celebration across almost three decades of composition - from 1991 to 2017.  What emerged with force from this cornucopia was the indelible spring and textural deftness of her musical thought.  Most arresting was the Jewish pulse of her music, the wild dancing energy of those klezmer like iterations that seem to empower her invention.  She is a natural successor to Kurt Weill.

Here is a composer who can also deliver quiet sculptural beauty, such as the Langsam of 1997 which enacts a powerful meditation on two Schubert’s songs: ‘Du bist die Ruh’ and “"Der Tod und das Mädchen".  There was both tenderness and distress in the soprano intercessions of Greta Bradman as she obsessively teased out the components of Schubert’s melodies – supported with precision by Veronique Serrat on electric violin, David Griffith on clarinet, James Beck on cello and Tamara-Anna Cislowska on piano.  This was a powerful discourse, by turns mediative and confronting.

The good humour of Kats-Chernin’s music was refracted through a raucous tribute from Madam Lark (Christine Johnson) and Sonya Lifschtiz on piano in a dazzling display of Australian ornithological magnificence. Thrilling bird calls were conjured from the voice box of this talented soprano.  This display then morphed into a birdsong rendition of the famous “Eliza’s Aria” from Wild Swans (2002) – embellished with a musical saw obbligato.  This deft and loving tribute underlined the structural heft of Kats-Chernin’s music in in that it survived such a wicked onslaught and smiled back at us.

The fractured beauty and energy of extracts from The Three Dancers (2015) was full of delicious orchestration – accordion (James Crabbe) and saxophone (Christine Leonard) particularly piquant - melding tango and Bachian counterpoint in an exploration of Picasso’s cubist impulses.  Kees Boersma’s double bass was artfully employed to bed the musical pulse, while violin (Dale Barltrop) and piano (Tamara-Anna Cislowska) deftly shaped the many moods of this work.

The Rossinian delirium and jagged beauty of the third movement of the Flute Concerto for Sally Walker – “Night and Now” - was delivered with panache and clarity within its very speedy contours. Walker was expertly accompanied by Gabriella Smart.  Smart also gave us the haunting melodic steps of the Silent Piano (2015), mood altering music that transfixes a hard-won serenity.

The stark wit of Variations in a Serious Black Dress (1995) was drolly and expressively played by Stephanie McCallum, with its underlying rigour and anger steadily plotted – teasingly blending quirky violence within its fascinating progressions.

Throughout the evening, Tamara-Anna Cislowska was the musical backbone of this surfeit of excellence, joined by recording engineer, Virginia Reid, as the sure-footed cat, plodding its way on the treble clef within the confines of “Le Chat Noir”, a movement from the Satie inspired suite, Unsent Love Letters (2016).

The goddess of the marimba, Claire Edwards, was truly 'casta diva’ in her rendition of Violet’s Etude (2012).

The Klezmer strains that motivate much of Kat’s Chernin’s celebratory music was on full display in Sunshine Journal (2015), particularly in the piercing joy of Francesco Celata's clarinet and Christine Leonard’s saxophone.

Marshall McGuire delivered the eclecticism of Chamber of Horrors (1995) with extraordinary technique and commitment, reminding us of the astringent beauty that Britten also found in this bardic instrument.

The pared back beauty of her rag music was promptly ushered into being by composer Ian Munro with the Get Well Rag and Zee Rag (1999). The comic intensity of Slick Backed Tango (1997), which began the celebrations, was delivered with suitable panache by the violin duo of Dene Olding and Dimity Hall.

An unscheduled tribute arose from the Artistic Director of the Australian Opera, Lyndon Terrancini, who rose from his seat and retirement to sing the song, “In my father’s eyes”, from a work he commissioned:  Mr Barbecue, 12 cabaret songs for singer and chamber ensemble (2002). He asked Elena to accompany him and they gave a very moving rendition of this gaunt piece of masculine self-awareness, sharing with us life’s drifting failures and successes.  Despite a few strained notes, the baritone of Terrancini ensured this was a sublime tribute to her way with words, which earlier in the evening was tapped by the bass of Damian Whitely, accompanied by Yanghee Kim on piano, in the song “Hedonism: from her cycle. The Portrait (2014) based on Oscar Wilde.

Throughout the evening, the love from the stage was flowing freely towards Elena who sat in the front row.  She bopped along to her music. In the end, she and her stellar musicians farewelled us on this splendid night. Her music like her personality is captivating – its cross-cultural memes seems to animate an Australian musical style that is founded on good humour and unbounded energy, human resources that are surely worth celebrating. 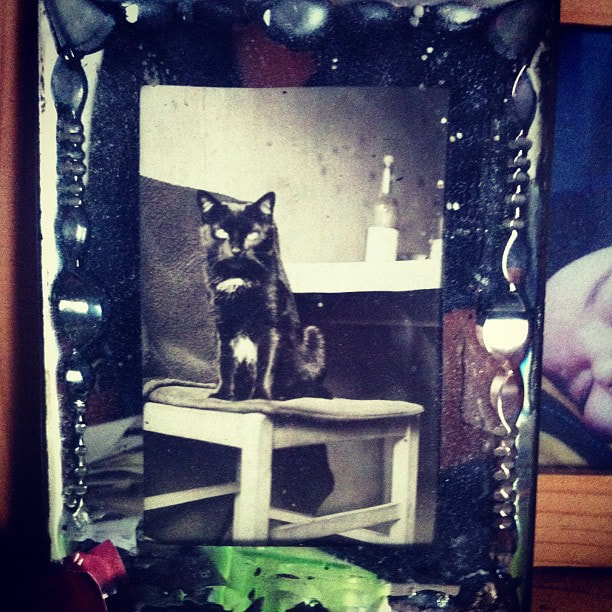