IN THE KELLER WITH CABARET – SURVIVAL ON SONG

On a sunny Sydney afternoon, a small group of theatregoers step up into the petite Hayes Theatre and within its dark recesses, as a cymbal clash, we are magically transported to Berlin and the dying days of the Weimar republic.

The David M Watkins production of Cabaret by Masteroff, Ebb and Kander (1966) is a triumph of sheer physical energy and menace, but also beautifully tender and chilling when required reminding us how ordinary people live through extraordinary times.

This is a starlit production propelled by singing actors of incredible heft and experience.  Paul Capsis is everywhere as the Emcee and is fecundly imaginative with the comedic thrust of his character.  His attention to text is exemplary.  His voice slashes through the night – it stings, it makes us laugh – as he unfolds the little emerging tragedy within a dour Berlin boarding house and the waning afterglow of a low rent cabaret, the Kit Kat Club, where the inmates try to deal with disappointing lives.

Chelsea Gibb as Sally Bowles gives a powerhouse vocal performance that is underpinned by fine comedic and dramatic instincts.  She creates a marvellous shining girl (very English) who seeks to avoid any engagement with the world beyond – unable to recognise the signs that her world is about to implode into full born fascism.

Her rendition of the song ‘Cabaret’ creates a marvellous dramatic trajectory turning it into a dramatic opera scene.  This is an English girl in a tatty Berlin nightclub, holding on to her tatty dreams of stardom, shortly after undergoing an abortion and saying goodbye to the possibility of a settled life, blind to the fear and loathing around her, but also making a case for the inevitability of human survival.  This was a five star performance that bought forth both tears and cheers from the audience.

Kate Fitzpatrick as Fraulein Schneider also gave an object lesson in creating a character in both words and song.  The tender duet – ‘Married’ - with Herr Schultz (John O’May) was given a magical glow by these two seasoned performers.  Their understatement bought complexity to their characters, nicely contrasting the rouged world of the Kit Kat Club.  In Act 2, her rendition of ‘What would you do?’ grew slowly and dramatically to encompass a whole generation of Germans, and us in the audience, with its chilling and distilled question.  Her opening number – ‘So What?’ -  reminded us that this role had been written for Lotte Lenya.  Fitzpatrick was tough and believable, but also gentle and sweet.

Young Jason Kos was a sterling Cliff Bradshaw – who gradated the various stages of his learning experience in Berlin town – keeping his elemental small town Amerika in check long enough to enjoy the sexual and social freedoms of the dying state, while luxuriating in his writers block.  His rendition of ‘Don’t Go’, was beautifully realised in musical and dramatic terms, giving us a sense of his fragility and desire for a normal life.  In this production the components of his visit to Berlin effectively frame the drama of this Cabaret.

John O’May’s portrayal of the gentle Jewish shopkeeper was another signpost of normality, and human beings trying to hold on in times of upheaval.  The Pineapple Song was a tender and comic highlight of the production, reminding us how simple songs can envelope us in their potency.
Debora Krizak as the prostitute Fraulein Kost gave a droll comic turn as a hard-bitten survivor, with just a hint of vulnerability underneath her nastiness to and betrayal of Fraulein Schneider.

The ever-young Marcus Graham gave all the required grim humour and menace of the Nazi, Ernest Ludwig, and like a good trooper he mixed it strong and hard within the ensemble numbers in both song and dance.

The Kit Kat Club boys and girls worked very hard and shone in the dynamic choreography of Kelly Abbey that worked the small space with cunning élan.  As Rudy, Matthew Manahan’s rendition of ‘Tomorrow Belongs To Me’ floated the pulse of German nationalist rhetoric on its idealised vocal stream to haunting effect – ready to be overcome by the its fascistic scream in the Act 2 reprise.

The small pit band was full of energy and finesse.  Led by Lindsay Partridge on piano they rollicked along picture postcard bright, blazing with true Weimar vitality.

Directed by  Nicholas Christo, this 50th anniversary tribute to Cabaret doesn't set a foot wrong and if one misses a song or two – Mein Herr from the 1972 film and Meeskite from 1966 – it is very fulsome in what is offers.  The dark humour is finely tuned, the melancholy deftly flecked across what is a parable about high hopes underpinning the rise of a dictatorship.   As the Comedy Harmonists (mainly Jewish singers) so fatally sang:  ‘Happy days are here again/…Let us sing a song of cheer again’.

The sheer stench of survival sweep across the stage in a good production of Cabaret.  We know how the story ends, but we now know why some will survive the immolation of a continent: blind luck and sheer will.

A mirror to those times – a mirror to ours?  As one critic of German cabaret/review answered – “Just a bit … not so mercilessly radical that it could get on the nerves of a well dressed audience, but just enough so they came away with a couple of scratches”*

Given the rise of xenophobia across the globe, these scratches somehow seem more poignant.  We left the theatre both more thoughtful and paradoxically more invigorated.


*The Weimar Republic through the lens of the press, Könemann Verlagsgesellschaft mbH (2000) p. 249. 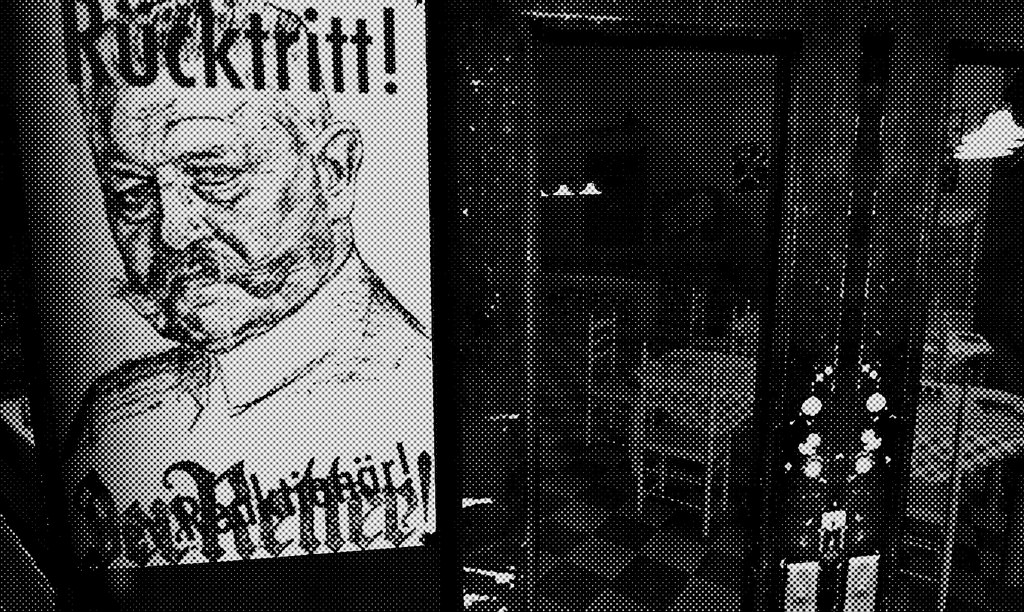