Mozart down under – love triumphs

The much performed Cosi (1992), by Louis Nowra, remains of its time – the early 1970s - and yet universal in its engagement with mental health and creativity.  The cast of functional dysfunctional characters can invite overacting, but in this production the grounded reality of the main characters was particularly palpable – led by Robert Menzies as Roy.  His pivotal character, the initiator of the opera/play to be performed, was a richly voiced, slyly passionate assumption.  He instantiated the nuances of this man’s desire to return to the heady creativity of his imagined early childhood and restore his lost mastery of the world.  His layered arrogance and swagger was underpinned by a tactile vulnerability.

Bessie Holland was a true delight as Cherry -  razor sharp,  deeply vulnerable -  the voice twanging on the bogan cadences of a marginalised anger that finds some kind of redemption in play and performance. The  chocolate coated kiss between her and Lewis was a moment of visceral bliss, when the connection and transformation of disparate souls was made real.  The smacking of lips, the luscious taste, the surprise - were all deeply funny and deeply moving.

Henry’s outburst against traitors and the narrative of his father’s military service was arrestingly executed by Glenn Hazeldine.  His voice no longer silenced, his anger rolls forth and touches with its articulate rage: marginalised no more by the silence of and banishment from society. The awkward gait and roiling obsession were flecked with great humanity.

Katherine Tonkin as Ruth invested this marvellous character with a deep and ponderous beauty, measuring out the steps of her lines, counting the good girl’s trajectory from the poison of love's previous brutal betrayal. Her journey from dour survival to the fizzy passion of Dorabella, was a triumph of imagination and direction.  In this cast of excellence she almost stole the show.

Sean Keenan as Lewis was also affecting. His youthful, enthusiastic nature was nicely modelled – giving a sense of his generalised modernity and normative gung-ho enthusiasm of the Moratorium marches.  But he, of the outsiders, is most open to being transformed by engagement with the inmates  of this 1970s asylum.  His stumbling understanding emerges as patience.  Ultimately, directorial patience brings a human quality to his unformed being that revives his inner child.  This emerges with a naturalness that is brought into sharp contrast when his girlfriend and best friend bring the brutal and arresting hard edges of 1970s youth politics into the asylum, dismissing his emerging consciousness as bourgeois tackiness.  Like the men and women in Mozart’s opera, Lewis discovers the fluidity of sexual attraction, its non-judgemental currents and a deeper humanity within himself and others.

The placement of Mozart’s Cosi Fan Tutte as Roy’s object of desire - and the gender discourse inherent in its absurd but endearing plot -  gave deep resonance to this play's validation of love and community as the well spring of human wellbeing. Cosi – the opera and the play-  riffs on Shakespeare’s “mine own, and not mine own” and the power of disturbing transformations.

The shock of discovering that love may be more important than politics and abstract ideas is played out across the trajectory of discovery that scaffolds the play’s eccentric, if archetypal, characters.    Difference is navigated through learning – but the hard edges of our baseline humanity still splinters.   This is no easy tale.

Rahel Romahn directed the broad farcical  current of the play. His wise cracking pyromaniac Doug was given with broad brush, comic book rouge.  His voice grated its way across any cosiness that might emerge from the play’s targeted ecstasy:  when theatre finally transforms these separated and cranky souls.

Esther Hannaford as Julie was nicely downbeat as the drug addict whose self-knowledge runs deep, but not as deep as he need for the awesome high of being drugged and euphoric.  Her reaching out toward connection and creativity was nuanced by the fog of her obsessions.   She was crisp and unforgiving as Lucy the libertarian, orthodox, smart arsed agitator.

Gabriel Fancourt was drolly doozy as Zac and pompously talented as Nick, the director and archetype of the driven young man who knows it all.

Zac, Lucy and Justin are in many senses the unknowing outside world, not privy to the masonic ritual and magic that emerges from within bedlam.  They are archetypes, too, but never invested with the kind of humanity that Nowra lavishes on the crooked and cranky souls that foment the frisson and alchemy of playtime.

George Zhao as Justin was unconvincing as a social worker.  He lacked the gravitas and exhaustion that such a role would suggest, though admittedly Nowra doesn’t give him much to work with.

The costuming (Jonathon Oxlade) was a delight.  Each actor was fabulously arrayed,  whether in sequined or downbeat mode.  The slapstick was chuckle inducing.  The finale of Cosi Fan Tutte – when the Italian words and the semblance of song rise forth - was transcendental.  The audience cheered on the exuberance and ambition of this amateur triumph, revelling in the divinity of Mozart and the joyous inflection of real characters responding to the experience of “pulling it off”.  The magic glistened across and beyond the footlights.  As Shakespeare might have put it, “Bless thee, Bottom…Though art translated!”.  We were touched by this communal dream.

Director Sarah Goodes ensured her cast responded exuberantly to their opportunities and kept the sweet and sour in balance.  The set design (Dale Ferguson) gave almost Brechtian shaping to water, fire and light with rich comic  and dramatic outcomes.

Full of magical disruption, there is simple beauty in this play.  Cosi charts new ways of knowing that transform the settled secular world (the un-mad)  into moments of deep spiritual connection and collaboration.  Nowra gives voice to an enlarging humanity that attempts to embrace profound differences through  humour and childlike delight.  Mozartian in deed. 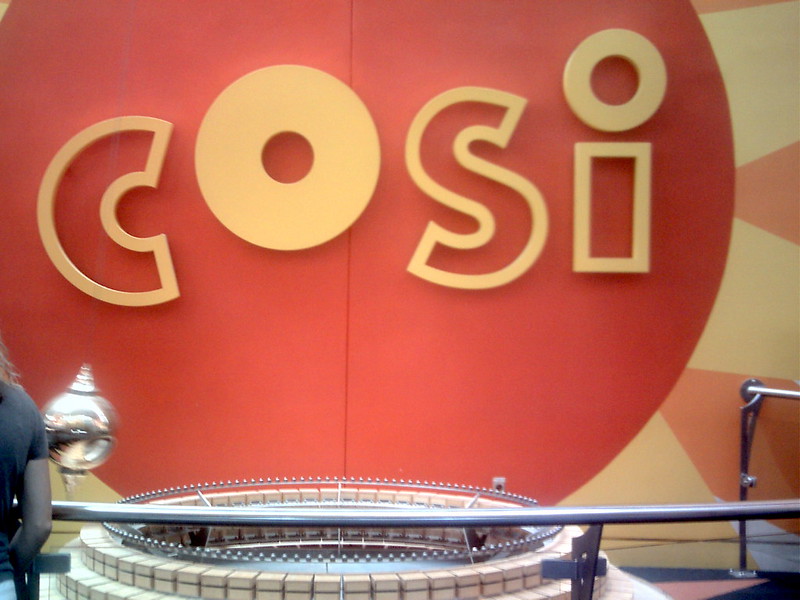