Thomas Hampson is a great singer, absolutely communicative, embedded in the language of his chosen songs, which in this Utzon Room recital gave us German Lied, French Chanson and American Art Song.

His baritone voice has a lightish quality, but rings pure and strong – so the tonal and dynamic range is very wide.  The lower voice has a hint of breathiness but all is bound together as a continuous dynamic.  He is fearless. The use of his soft head voice was risky, yet immaculately judged. His acknowledgement of his accompanist’s skill (Maciej Pikulski) was heart-warming and the extra electric current that flows through his rendition of the American songs was dazzling.

The recital began with six of the Heine songs that make up SchwangesangD.957 (1829).  Der Atlas showed off the burnished power of the voice, the stellar diction and gradated response to the narrative .  Its pride and pain were chilling.

The playfulness of Das Fischermädchen was directly opposed in its coaxing tone  - “leg an mein Herz dein Kopfchen” (lay your little head on my heart) – while the loss of love was beautifully etched in the dark contemplation of Ihr Bild.  The evocative and eerie prelude of Die Stadt was artfully unfolded by Maciej Pikulski- as the fog and strange winds summoned and encircled painful memories.  This mournful journey across remembrance – drawn from three short potent stanzas - produced memorable feeling and tension.

This was followed by Am Meer. This bittersweet music, of profoundly simple means, was pierced with strong emotions – singer and song drawing inspiration from a range of vocal colours to display the restless yearning that seems to have always been part of Schubert's musical lexicon.

The Schubert set concluded with the dark wretchedness of Der Doppelganger as the disembodied poet observed, with obsessive fascination, watching in replay the pain and horror of his lost love.  The fearless singing in the final stanza was overwhelming.

From late Schubert to early Mahler a different lilt and spring was essayed. Frühlingsmorgen (1880/81)  was full of impatient invocation to the beloved to rise from the love bed and share a beauteous day.  The repeated “Steh’ auf! Steh’ auf!”, reminded us of the Strauss Song – Standchen (1886).  This was freshly minted, Hampson and Pikulski ever responsive to its delectable home spun text and music.

Aus! Aus!(1888/89) and Der Schwildwache Nachtlied (1892) bring dialogue to the fore as the soldier and his love contrast both their mutual and differential feelings.  The soft deep nostalgia of “Im Grunen Klee” caught the intimation of how death might be the soldier’s only consolation, as the king/emperor always makes war.

In Aus! Aus! the bristling schwung of “Heute marschieren wir’’ was captured with all its heft and underlying ambiguity, though the voice of the “armes madchen” was not always vocally differentiated from her strutting hussar.

The drama and poetry of ‘Zu Straßburg auf der Schanz (1892) was one of many highlights in this rich and sustaining recital.  In its beautiful prelude, the piano unrolled the herdsman’s pipe (or was it the echo of an Alpenhorn), made even more potent when it  returned at the imminent death of the soldier, capturing his deep longing for homeland.  This was music full of tender poetry, though it did seem shorn of one or two of its verses. Hampson makes us feel the soldier’s loneliness, his deep homesickness and matter of fact acceptance of a soldiers lowly and unforgiven station in life.

Next, the tripping melody of the French bracket of chanson was lovingly realised.  The Meyerbeer, Sicilienne, with its short lines and rondo rhyme – was daintily dispatched on ‘will of the wisp’ sounds, enticing, alluring, full of scintillating verbal and musical dexterity, given with masculine dash by Hampson and Pikulski.

Le Temps des lilas (1893) by Chausson was gravely beautiful, its elongation almost lingering on the imagined scent of lilacs and roses – as artfully poised metaphors – the language blooming with the remembered scent of a love that has died.  Hampson’s line was sustained and elegant, pulsing with sadness.  Truly memorable.

The rest of the recital bought America to the fore – with several rarities – works by Burleigh, Bonds and Bowles and several stand out examples of popular culture - including the shanty of Shenandoahand the Old American Songsof Aaron Copland.

The little mini drama of Ethiopia Saluting the Colour (c1915)  by Burleigh (words by Walt Whitman) was startling and moving with its Mahlerian dialogue between a Confederate Soldier and the ancient women who seems to be the ghost of all slaves’ past.  Hampson differentiated neatly between the two voices, dialoguing across time into the uncomprehending heart of American racism.

The Negro speak of rivers (1942) by Margret Bonds furrowed deep into history and black pride, the summoning voice of Hampson measured each named tributary and gave a forceful glint to the powerful lyrics by Langston Hughes.  This work sings of  a burnished-bronzed survival in every note and word.

The Paul Bowles set – Blue Mountains Ballads (1946) -  gave us four exquisite miniatures with simple means and delicious irony (words by Tennessee Williams).  A whole little world of intense feeling emerged:  sneakily humorous  in Lonesome Man, dripping with crisp remembrance  in The Cabin, and swinging with insouciance and robust charm in Sugar Cane.  Whether delicate or sly, words and music were glove-snug perfect.

The mighty Shenandoah followed in an arrangement by Stephen White.  The contrasts that Hampson brought to this classic folk song were extraordinary. He embraced the roistering echoes that almost summon Hades to attention, as well as the sweet intoning of its fragile invocation, whereby a nation might be praying.  It ended with an amazingly suspended falsetto.

The Boatman’s Dance from Old American Songs, set 1-  first performed by Peter Pears and Benjamin Britten at Aldeburgh (1950) - was the final programmed work, again highlighting the operatic excellence of Hampson.  He tells stories with great élan, playful when required, stentorian when needed and full of tipsy lilt and robust charm as his voice dances off the stage.

We were given two encores, both by Aaron Copland.  Simple Gifts (Shaker Song) was full of light and shade and given with potent meaning and grace, the words and music leaving us with the residue of hope that all creeds might share.   The comic genius of I bought me a cat gave us the childish joy of Copland, totally unbuttoned.  This performance embraced the simple humour with a burning fuse of vocal and histrionic power,  the comic timing overflowing and muscular, the final pause an almighty tribute to the indifference of cats! Simple beauties indeed, in a masterclass of excellent singing.  The long wait for Australia to experience this remarkable singer, protégé of Schwarzkopf, was well worth the wait.  Lucky Melbourne who get both recital and a concert of orchestral songs with the Melbourne Symphony Orchestra. 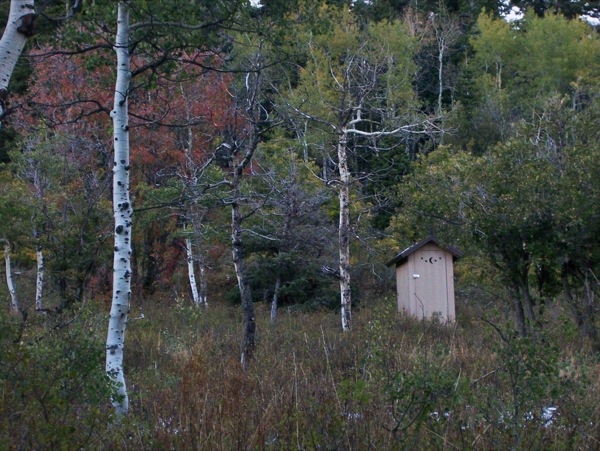