Two Queens:  One Diva and one “Schöne Seele”

Nor does this adaptation deal with the interplay between Mary and Leicester – that artfully underpins the love and treachery that swirls around the ploys and counter play of Elizabeth’s court.  It also disperses with Hannah Kennedy, and removes the final coupe de grace of Mary’s innocence in the Babington conspiracy.  The Lord Chamberlain Melville is also excised, as is the scene of the sacrament (blessed by the Pope) that he administers to Mary before her death.

So, it slims down some of the secondary characters and their interactions  – as though complexity is a problematic occurrence in post-post-modernity.  Upon this structure it builds a powerful drama focusing on the two Queens.

The production pitches for a courtly cultured vocal accent – all except for Elizabeth (Helen Thomson), whose seems to be channelling a  Billingsgate fishwife, scolding and impudent, cheap and chilling.  This blowsy pantomime Queen must be a deliberate choice of the director (Lee Lewis), but the assumption heroically lessens the believability of the Monarch – especially when she is pitted against the regal and deep breathed Scottish Queen.  The broad, doggerel, protestant humour she engages in is not assuaged by the petulant corrective of her glorious gift for languages – Latin included - hurled at the vocally deft French Ambassador, Aubespine (Matthew Whittet).  The tone in these scene is more Hyacinth Bucket than Cate Blanchett.  Thomson is a very good comic actor, so the humour comes off - just.

There are large claims made for the new writing – that this is a ‘brand new play”  - and certainly the new text confirms that we are witnessing a young and powerful female playwright crafting her sterling words upon the edifice of a grand early 19th century play, that builds nicely on Schiller’s ability to seek out the physiological threads of impetus and purpose for his profoundly challenged characters – they who are always conflicted and often within the prism of the clash between public and private desires - al a Don Carlos (1787).

The imagined clash between the two Queens is always a highpoint of Schiller’s work. In this production it is craftily enacted via a masque ‘honouring’ the birth of 'echo' as feminist myth. This sees the courtiers in stylised movement, echoing the beauty and wisdom of “Gloriana”, until one by one they leave the stage and the astral spectre of Mary remains.  Schiller has them meet with Leicester and Shrewsbury present in the gardens of Fotheringay Castle.

The discourse between the two queens is always effective in its charting of the rise and fall of their engagement. This is imagined on the mixed pulse of staged humility, grave misunderstanding and tentative sympathy, as each, like stately galleons, floats into battle outlining their respective experiences and positions, giving us a history lesson on the lives they have led and the choices they have made.  In Schiller, this is ultimately released in howling invective and Leicester is a profound witness to all this.  He is in the middle,  a  man in love with both their spirits and their power – extant or potential.  It is hard to go wrong with this scene.  Mulvaney gave it a more subdued pace, but with blocks of text that built tension across the scene.  She did make us gasp when Elizabeth dwelt on her two months in the tower as opposed to Mary’s 19 years of incarceration!  Her words plotted the courtly nature of their regal kinship and fear.  It did, however, miss the rage of Mary as she flings her insults:  “Oh arm my tongue with poisoned darts.”

The role of Leicester was somewhat wan in this production, though his murder of Mortimer was jaw-breaking in action.  In the original this is a suicide.  His decampment at the end, loose ended and lonely, was nicely enacted.  In Schiller, he returns to France.  The passion of Leicester was nowhere to be seen.  None of his soliloquies survived the adaptation:  “Do I still live.  Can I still bear to live …What have I lost/What pearl have I cast away/What heavenly happiness dashed aside?”  In the original, he is forced to try and glimpse the execution of Mary.

In this adaptation, he is the failed warrior, almost the fop, mocked by Burleigh and strung along forever by Bess in terms of sexual congress.  Andrew McFarlane is left with limited material to work on, pinned to role by his jolly roger companionship of the monarch, though flashes of roughness emerge when he demands his middle aged Bess consummate their relationship, lifting her skirts in a pantomime jigging.

Overall, this was a powerful production, flowing swiftly within its modified scenario.  The steel grey set was imposing (Elizabeth Gadsby) – and versatile through various dramatic lighting changes (Paul Jackson).  Costuming was simple and elegant – relying on the drama of the white ruff – and saving its glittering splendour for Elizabeth’s imperial gowns (Mel Page).  The visceral nature of the execution – gnawing sound and blackened stage - mirrored the visceral opening of the play, as the spinet was hacked to pieces by the Protestant jailors seeking its secreted letters. Again, all sound and fury.

The finale, when we witness the circling of the two queens, one dead and one haunted by her regicide, was potently staged.  Their intoning of Latin and English prayers, echoed their regal spiritual alliance, honouring Elizabeth’s early years as a non-persecutor of the Catholic faith, unlike her sister, Bloody Mary – and rounding outing the threnody of their stories.  As Paulet says in the Schiller – there was so much state fear that Mary Stuart would “call the times of bloody Mary back, Betray our church to Romish tyranny, And sell our dear-bought liberties to France.” This mortal fear of religious heresy is not a strong theme in Mulvaney’s version of Maria Stuart.

Peter Carrol, as Shrewsbury, though mightily trimmed of his part, was deeply moving, intoning a sense of weary statecraft.  His exit from government in the finale was regal indeed.

Tony Cogin as Burleigh was menacingly one dimensional.  Simon Burke was a kind Paulet, mirroring some shred of reverse Stockholm syndrome in his care and concern for his Mary - a woman he has watched over for 19 year.  But this incarnation manifested none of the righteous rage of Schiller’s character. who insists that for her  lewd vicious life, want and abasement should be Mary's unending penance.

Fayssal Bazzi (Mortimer) bared his well chiselled body for dramatic effect in (a)  declaring his idolising love for Mary and in (b) summoning the revenge of Elizabeth on his tattooed breast.  The confession scene before the execution was beautifully modulated by Brazier,  each intake of breath summoning courage and bitter memories: Brazier certainly instantiates Schiller's “noble soul”.  Schiller has this confession in Act I, via discourse between Mary and Hannah.  Mulvaney gives it more operatic placement, building towards the tension and release of the stubbornly bad execution.

Despite the handicap of her accent – Helen Thomson does rise to the challenge of the second assassination attempt and Mortimer’s betrayal, with reserves of shock and bitterness, voiced in a wily statecraft that ripples her beating-heart survival across the stage.

The scene of the signature on the death warrant was enigmatic though without Schiller’s coup de theatre of Elizabeth - via Shrewsbury - discovering that Mary was not complicit with the Babington conspiracy.   We thus do not have the layers of deceit – the concealing heart and its justifications - that make her casting of the blame on Davison - for allowing the death warrant to be processed – such a stinging lesson in survival. Schiller’s Elizabeth is a mixture of wily stratagems, punctured by horrified emotions.  She is utterly compromised.

The new version of the play is slimline and clear in its trajectory – vital in its conflicts – the end is known – the battle lines drawn.  It produced a powerfully positive response from its audience and left me both satisfied and querulous.

Should the STC go the full hog in emancipating directors from having to work on the torso of the ageing white male classics?  Would it be more exciting to have Kate Mulvancy create her own drama around Mary Stuart, using all her skills and post-modern theatrical resources to rethink and reclothe this iconic women in her own deeply imaginative realms?  Sometimes these adaptations feel like reluctant museology that makes bare use of the original creative impulse. 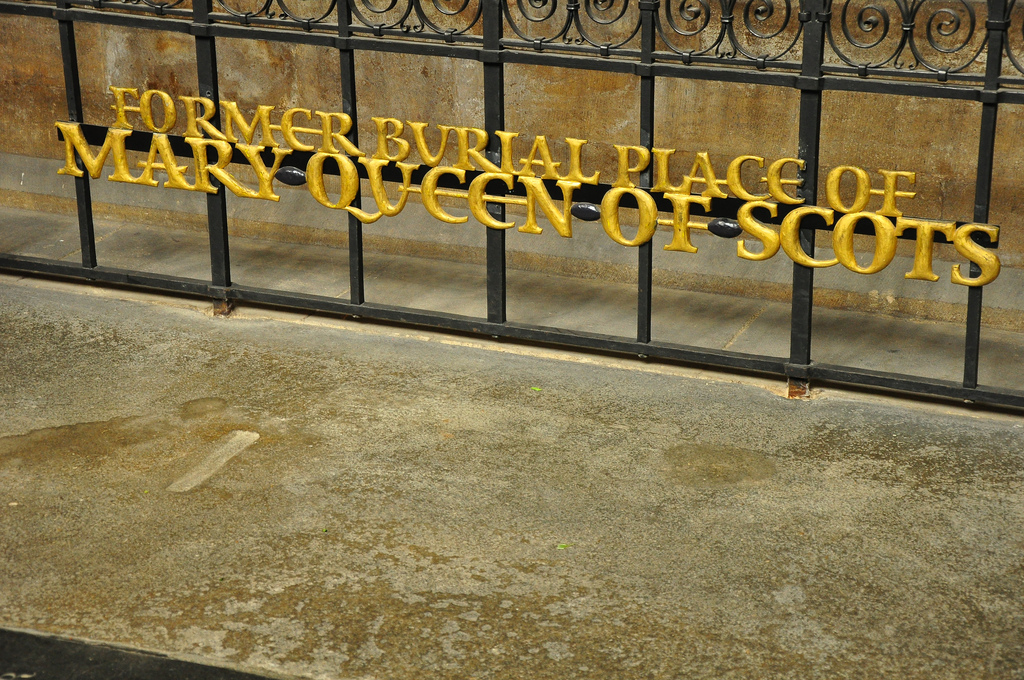