Richard Strauss’ Salome (1905) still packs a punch. In Gale Edward’s postmodern production (2012), the visceral excesses of the opera are given full reign.  When Salome holds the heavy head of Jochanaan aloft, blood drips on her body and some audience members emoted anxious laughter.  This turned towards revulsion when she viciously pulls out the tongue that had so lacerated her and her mother, Herodias.  As Wilde put it: “they say that love has a bitter taste”.

The final Liebestod of young girl and dead prophet is fulsomely staged and sung in this revival. Lise Lindstrom is an impressive Salome, catching the character’s many moods and actions, willing the pouting energy, heady desire and strong willed thrust of the sex kitten into being and managing with careful dramatic and vocal placement Salome’s need to surrender to forces larger that herself. As she sings to the dead prophet:  “I was chaste, and thou did fill my veins with fire”.

"Ich habe deinen Mund geküsst" was a gloriously chilling outpouring of satiated love.  “She is monstrous, your daughter” snaps Herod. And yes, she is - but utterly fascinating. From the final arching sounds of her soaring soprano voice, the inevitability of death follows.  As Jochanaanhad foretold:  “let them crush her beneath their shields”. And Herod’s soldiers do.

The house erupted with pent up tension and fascination to Lindstrom’s bravura performance.  Her work was matched by a beautifully observed performance of Herod by Andreas Conrad.  This is one of the great character roles in Opera.  The palpable energy and dank, overblown eroticism that Herodbrings to the proceedings is always fascinating to watch and hear.  Lust, fear, humour, waspishness, exultation, despair, disbelief circle his character through vibrant febrile music that is ultimately arresting – doubly so for the tenor voice often failed to inspire Strauss.  No wonder he is given the last word in the opera: “kill that woman”.  The music accompanying his fearful imagining of the beating of vast wings above the night sky is magically done, bearing intimations of latter Strauss operas such as Elektra and Die Frau Ohne Schatten.

Herod’s consort, Herodias, was richly sung  by Jacqueline Dark who was gaudily upholstered in bejewelled headpiece (a Daliesque fascinator) and silky gown.  Her responses to Herod were well sung, if a little shrewish, sprung no doubt from her excessive drinking and plain speaking.  Dark does know how to react when others are singing.  Her darting fearful responsiveness when Herod offers Salome hidden jewels to adorn her sweet body, for “thou shall be as fair as a queen”, was starkly clarifying. In the nightscape of her wrenching gaze lurked the hint of power struggles, incest and paedophilia.

The role of Jochanaan is full of lush imprecations when lacerating the sinfulness of Herodias and her daughter.  Alexander Krasnov was a towering, handsome, physically buffed prophet with the requisite black hair - if not the white skin that Salomeprizes.  He was magnificent. Like Samson, he is tempted by the softness of the Princezzin’stouch, the allure of her voice, the tender erotic sway of her body. Though many commentators have justifiably criticised Strauss for his inability to dig deeply into the religious dimension of this character – “bow thyself at his feet and ask of him remission of thy sins” – his music does tug at a generalized messianic tone that supports Herod’sfearful intimations:  “the beating of wings of the Angel of death”.  Strauss could always visualise the clarified image.

The besotted Narrabothwas fetchingly sung by Paul O’Neill, wandering despairingly towards his suicide, while Sian Pendry's rich dark contralto found tenderness and despair in her assumption of the slave Page.  The hierarchy of the court was nicely established.

The spirited religious discussion amongst the five Jews and two Nazarenes reached its forceful climax in the ensemble of disputation regarding the coming of the Messiah.  These seven voices sounded like an entire choir of heaving ecclesiastics.

The conductor - German born, now Hobart based - Johannes Fritsch, gave a spot lit, bejewelled reading of this complex score that was always clear in its forward placement, sharply gradating its massively varied sound world. He paced its rising tensions with a sure hand and soared by Lindstrom in the final scene.  The scores orchestral interludes were finely shaped.  His orchestra is playing with exemplary skill and passion – all sections are worked hard by Strauss, so stamina and clarity are essential.   In the last few months, this band has given us exemplary Berg, idiomatic Massenet, blooming Puccini and now stark and beautiful Strauss.  Brava/bravo to this gender-balanced pit.

The set design by Brian Thomson is lurid, suggestive of gross decadence and tasteless display, with various animal carcasses framing the action of the ‘twelve apostles’ dining table high set above the main action.  The cistern of Jochanaan’s despair took centre stage and focussed on the downwards thrust of his dystopian soundbites as dead bodies begin to populate the stage with casual synchronicity.

The costumes by Julie Lynch were likewise gaudy and full of bling, though the blackness of Salome’s final garmenting - set against the glistening gowns and headpieces previously worn – is somewhat shocking, as though all pretence has been removed.

The lighting by John Rayment was responsive to the operas nightmarish moods, blood soaked with just the hint of moonlight, though not the beam that Wilde imagined just before Salome’s execution.

The vamp of the choreography (Kelley Abbey/Shannon O’Shea)  matched the director’s intent in offering a restrictive kaleidoscope of masculine heterosexual desire (though without a lesbian fantasy).  The interaction of the religious men was fun, but the true blood lust of this story belongs to Salome and the assumption by Lindstrom revealed the dark underbelly of unfettered youth, its wilful vapidity, its harsh teasing nature, its wrathful dismissal, until a desire is unleashed that cannot be controlled and the adult world intrudes with its brutal consequences.  Unfettered desire soars then is brutally expired.
Death begets death.

Strauss the pussycat purrs with feline abandon.   The orgiastic nature of the music is both disturbing and  appealing.  This tone poem of distorted love matches Wildes’ voluptuousness but exceeds his terror. A century or more on, how evocative and thrilling are the sparing use of Salome’s contralto notes that viscerally support the stilled, implacable determination of the young girl’s desires: “give me the head of Johanaan”, she demands, as we lose ours.  As Wilde and Strauss seems to concur:  “the mystery of love is greater than the mystery of death” – even if one lived that maxim in real life – and one built himself a proper mansion in the German alps. 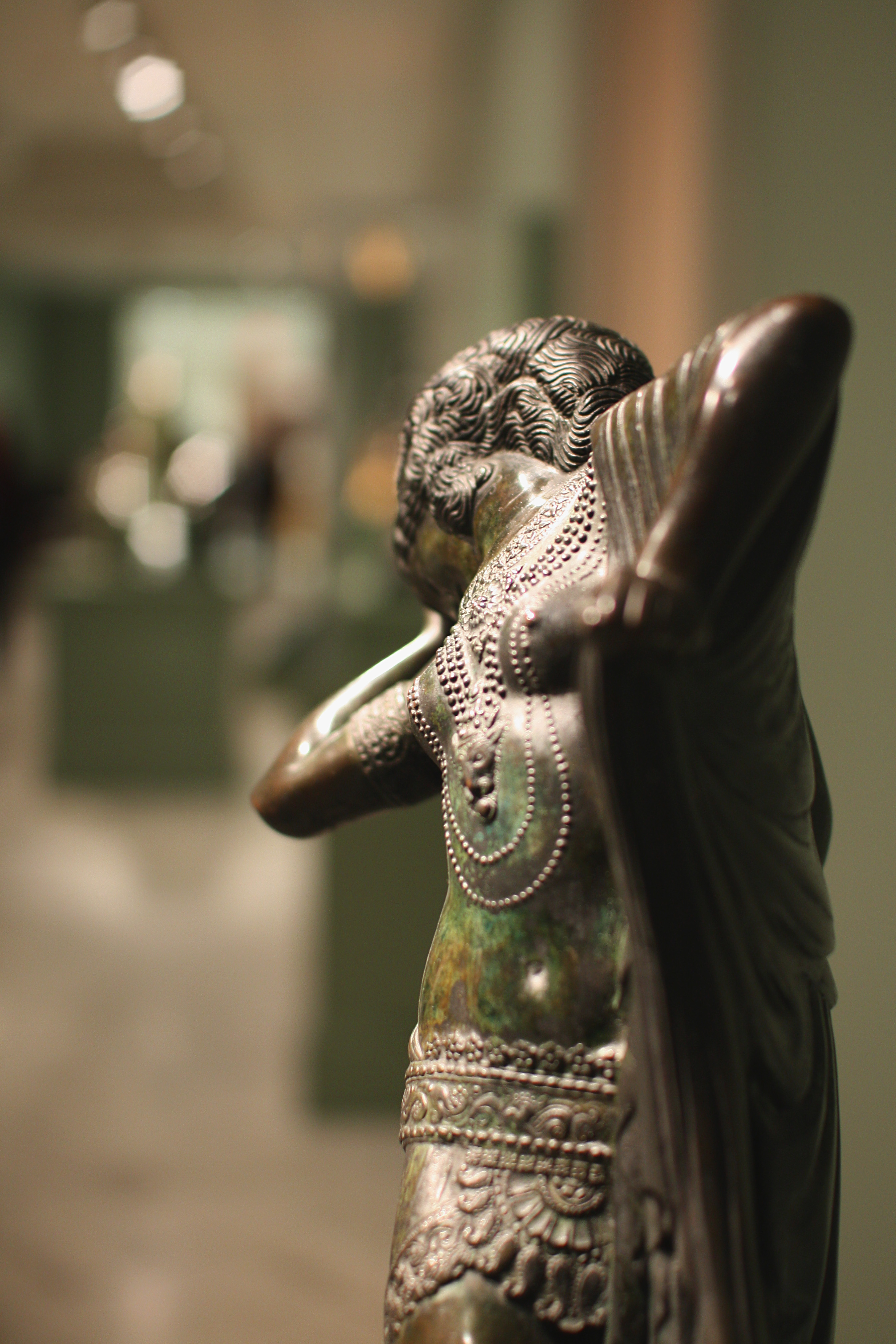