You who knew the vanities of the world

​Elijah Moshinsky’s well-upholstered 1999 production of Verdi’s Don Carlo has been dusted off by Opera Australia for a limited season at the Sydney Opera House.  Sixteen years is a long time to wait for a fix of what is arguably Verdi’s greatest opera, here given in its 4 Act version.  This epic work requires enormous concentration, but delivers immense rewards.

In this production, the strength of each of the principal assumptions, Phillip, Elisabetta, Carlo, Eboli and Rodrigo, provide a tight binding of the public and private forces that galvanise action with this meditation, both brooding and gleaming, on the role of love and freedom within an autocratic society.  The opera is set in the 16th century, but its themes are eternal.

The diminutive American soprano Latonia Moore, plump and beautiful, delivers an extraordinary range of tone and feeling, almost making Elisabetta the central character of this long work:  a young woman pawned by King-to-King (Spain to France), devout and unhappy, mother to a stepson who loves her passionately.  The terrible tension of her private and public predicament was starkly etched.  At times, the outpouring of vast vaulting arcs of sound reminded this listener of the young Renata Tebaldi (Voce d’angelo).

As her ageing husband, we witness one of the great Phillip’s of our epoch – Ferrucio Furlanetto.  With a commanding stage presence, his body and clear strong voice responded to the many fine gradations of character and human feeling that Verdi’s music and words instantiate.  He provided an object lesson in how to listen to others on the stage and present a readable reaction.  His Act iii soliloquy was worthy of a Callas, in that he mapped its huge range from mumbled somnolence through to the despairing cry that with all his wealth and power – he is not truly loved.  This was sustained thinking and singing at work.

This middle act is a marvel of inspiration, no more so than in the growling duet between Phillip and the Grand Inquisitor as they joust over the threat of sedition and the right of a King to kill a son – all in the name of God and his holy order. Verdi’s modernity came to mind in this startling duet – linking to the Abraham and Isaac of both Wilfred Owen and Benjamin Britten.

This is then followed by another duet and a quartet as the King is overcome by his jealousy and the private reflections of all concerned are portrayed in the kind of concerted alchemic matrix that Wagner, despite his genius, was never able to conjure.  The forceful dramatic trajectory then pushes on to the political assassination of Rodrigo and the confluence of Church and State, enveloped in stentorian song, as they jointly seek to restore holy order.  The cumulative power of this act was well realised in this production.

Jose Carbo was a handsome, thoughtful, generous Rodrigo, who deftly etched his surprise in the long Act 2 duet at the potential access to power the Phillip offers him, when the King both unburdens his dark dreams and allows the political heresy that Rodrigo utters to by heard without retribution.  The tender possibility of friendship was evoked in this high voltage scene.

The fireworks were also on display in the duet between mother and son (Carlo and Elisabetta) where catharsis is achieved on the synapses of imagined fratricide, as both parties recoil in horror at the prospect and consequence of their doomed love. Singers and orchestra were totally convincing in the long stretch of this scene – one could almost feel the tendrils of this opera reaching out towards Strauss’ Elektra.
Diego Torre as Don Carlo was plump and passionate, unhinged by love and despair.  If the assumption lacked vocal variety, and he did grimace a little too much, it was heroic – and in the final act of departure from his stepmother, he created true pathos.

Jolanta Nagejek as the Princess Eboli looked and acted the part, but sometimes swallowed her words on a bed of diaphanous, undifferentiated sound.  Her Act 3 aria, O Don Fatale,  really must shake the theatre’s walls. The heft was not there, but if the scale was restrained it was of a pure and smooth quality.  She was much stronger in the earlier garden scene, where her rage at being mistaken for someone else, by the man she loves, turned her into a prowling revengeful creature with vocal and verbal dash galore – trema con me, indeed!

This restudied production is relatively clear in in its intent – scenery is monumental, costumes elaborate, sometimes elegant and historically inspired.  Though the tiny opera house stage defeats the auto de fe scene as the heretical do not have much space to tread onwards to their burning death.  The chorus were impassioned, in both seeking death and supporting forgiveness, reminding us that this is the blueprint for Aida's great public confrontation scene.  The off stage band and the final consolation of the voice of the angel, forgiving all, was nicely handled.

The orchestra settled down into a long evening and eventually played with great breadth and concentration, under Andrea Licata, responding to and seeming to relish the imaginative orchestration that Verdi provides, stretching each other to provide a richly varied bed of sound, strong and stark when required, though this sound wall did at times overwhelm some of the darker voices.

One hopes we don’t have to wait 16 years for another chance to see and hear this fascinating and challenging work that takes us into the heart of power and its dilemmas.  One wonders what the mature Barry Kosky might do with such rich dramatic resources, especially the full 5 Act version of Don Carlos.
​ 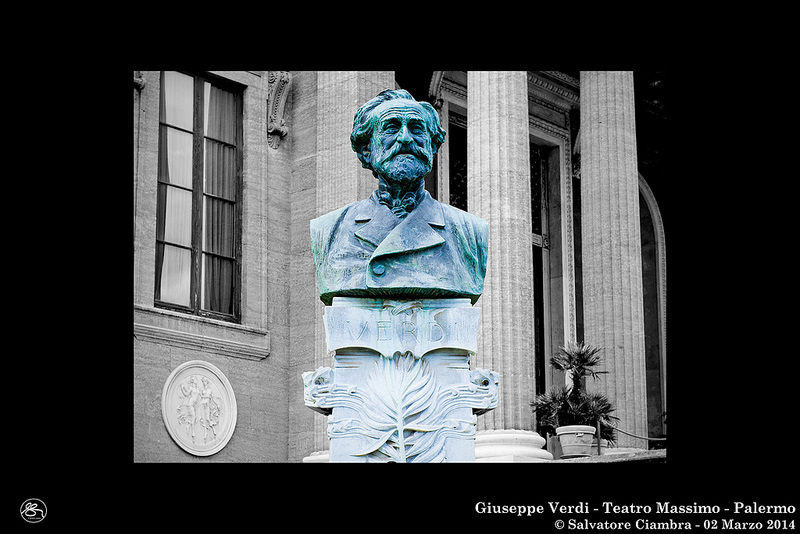