Melodrama given with playful style and intensity ​

The roiling energy of Verdi’s early music is truly breathtaking – as though summoning lava to flow forth from the mouths of his singers.

His fifth opera (Ernani - 1844), written in his early thirties builds on the archetypes of Victor Hugo’s play from 1830, but distils its detailed language and argument into propulsions that often leave the audience breathless.  Like Hugo, it rides the palpitations of visceral romanticism, with its larger than life characters.  Hugo translator, John Strand, has described this as a world “where heroes and villains still reign, where kings abduct damsels in the night and where men and women are ready to die for honour”.

This new co-production with Opera Australia and Teatro alla Scala, Milano (directed by Sven-Eric Bechtolf/Laura Galmarini) was exceedingly playful, but never obscuring the perspiring energy of each participant character – trapped as they all are in the labyrinth of their own sense of honour, self-importance and conflicting desires.

The production begins with the arrival of the evening’s singers into a provincial theatre – ready to give their rigorously normal production of Italian opera.  They seem to sniff the dust – and warily gauge the height and depth of the stage they will work on – as well as summoning the courage to work with the local yokels who will play a variety of comprimario roles in their touring show.  Thus props go awry.  The hammy stage antics raise a chuckle, but this device also often leads to a deeply moving frisson, as in the final death scene for Ernani where all the stage hands doff their hats, riveted by the elegant and emotional expiration of the dying regal bandit.

Gomez de Silva  requires a dark cavernous voice that can spring into life with shards of vocal lightening.  His deep voice crackles with anger and implacable revenge.  Masculine honour motivates his rigid character.  Vitalij Kowaljow sang with the required darkness – and gave a haunting performance of his self-pitying aria in Act 1, “Infelice! e tuo credevi”.  He stalks the final scene like a successful Shylock – achieving more than his pound of flesh.

Don Carlo, the King,  shows Verdi developing one of his early baritone hero/anti-heroes.  He is the most complex character in the opera and shows some of the elegance and humour that Hugo must has intended – and that Verdi built on in later operas such as Ballo in Maschera. He displays that dark sardonic thrust that so empowers Verdi’s most complex characters.  His unrequited lust for Elvira mirrors that of Da Luna in Il Trovatore – but his humour in Act 1, is something different and piquant .  He reflects softly yet sharply on the stupor of de Silva when that outraged fiancé discovers that the peasant in his betrothed’s bedroom is none other than the King!  The role has several sotto voce asides that are clearly lit by Verdi within carefully gradated dynamics.  All this was suavely delivered by Vladimir Stoyanov – despite a few intonation problems and an Act 1 disguise that failed to carefully pinpoint his role within the drama.  The highlight of his role is in Act 3 when he communes with his ancestors awaiting his election as the Holy Roman Emperor. His vacillation was beautifully supported by a combination of clarinets, bassoon and brass. This regal reflection pre figures the examination of glories and vanities that inspires the later Don Carlos (1866).

Elvira is the one who is constantly lusted over – by three men – yet she is no milksop.  She demonstrates her own agency within the constraints of a patriarchal society. Her Act 1 scena is impressive -  “Ernani, Ernani involami”  followed by the coloratura of “Tutto sprezzo che d’Ernani” – and was given with determination and grit by Natalie Aroyan.  It was also adorned with a flash of humour as she fainted with true glam élan, at its conclusion, onto her bed - arm on brow.  Most of her role requires those vaults of gleaming sound that Verdi adorns all his heroines with: the swelling vocal arc – as well as the ability to suddenly dominate a large ensemble.  This she consistently achieved Her rejection of old age (de Silva)  and kingship  (Don Carlo) were sweetly characterised.  Her dogged love for Ernani was full of virile syncopation.

These singers represent archetypes of human behaviour embedded in their own dark logic – and swirling with a visceral sense of their own importance.  Some of the mis en scene set forth several arresting tableau that heightened the thrill and mystery than can emerge from these old works, summoning magic across a dusty old theatre.

The various ensembles that Verdi crafted for this early work are indeed thrilling summations, combining both vocal splendour and dramatic impact.  Not only the very famous Act 3 - “O Somma Carlo” – where forgiveness floods the stage, but also the complex dramatic impetus of Act 1 where all the soloists are deep in their own rage or excitement, or Act 11 where the vengeance of the mismatched allies, Ernani and de Silva, achieves lift off into the firmament, their voices rising on a volcanic anger.

The chorus sang with high skill in all these ensembles – producing many thrilling eruptions but also exercising  solid dynamic control.

The conductor, Renato Palumbo,  was totally alive to the rhythmic insistence of the score – and ensured its bite was fulsome across the subtle instrumental palette that Verdi asserts within his high octane rhythmic framework. Palumbo encourage and supported the singers to snarl and growl their dramatic menace with both sharp rhythmic intent and closely bound line.  The reconfigured opera orchestra – casualised and demeaned by management – played with commitment and finesse responding to every injunction by Palumbo.  The uplift and syncopation of their work was undeniably exciting.

The design (Julian Crouch) was playful with its onstage/backstage prop configurations – particularly the various scenic wings that we saw descending - via the imagery of stage hands and flywheels, maintaining the sense of the backstage on stage. We too enjoyed this glimpse of the artifice of theatre.

The costuming (Kevin Pollard) was outrageously vivid for the masked ball ambience of Act IV. Elvira’s mask and dress was a triumph of excess.  The various actors who made up the opera ensemble as stage hands and interactive divertissement were vividly and humorously portrayed.

Bernard Shaw said this work represented the “ultra-classical product of romanticism,”  Its “splendid display of personal heroics” is not beyond the ken of 21st century social media – reality is certainly heightened, but its throbs with humanity.  In Act 3, Verdi creates one long arc of sound and meaning -  from dark soul searching to dramatic forgiveness – that relies not on individual moments but the eternal thrust of dramatic integration.  For a 31 year old this is a significant achievement – and somewhat beyond Rossini and Donizetti.  How good to experience the early phase of his long operatic triumph.  His skill, daring and emotional thrust are always rewarding. 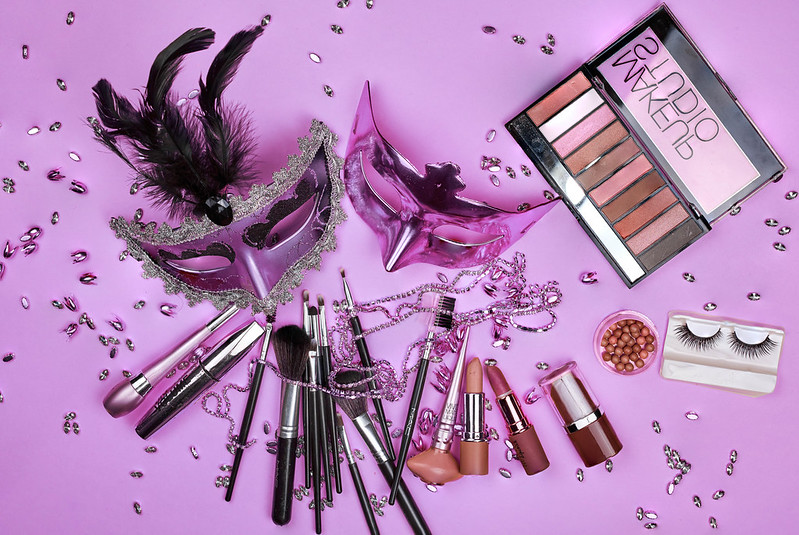