A dark sexual obsession – turned inside out ​

The work of Sydney Chamber Opera usually engenders thrilling musical and dramatic integration.  Their latest offering for the Sydney festival – Future Remains - involved a staged performance of Janacek’s’ Diary of One Who Disappeared (1921).  This was given in Czech, with Andrew Goodwin as the country yokel who becomes increasingly besotted with the Gypsy woman who takes hold of his gaze.

With the piano stage right, the staging involved a large raised circle – like a play pit - filled with symbolic flower petals that seemed to echo and contain the madness of desire within its beautiful trap of wedding confetti gone awry.

Surtitles kept the English-speaking audience on track with the maddening declensions of this one-side love affair.  The slight jarring note was the well-dressed nature of the obsessed man – in modern evening attire, his tie loosened. This failed to connect with the country boy’s bewilderment and floundering, though the singing of Goodwin did just that navigating the extremes of tessitura that Janacek invokes, while maintaining a gleaming clarity that subtly layered the sharp beauty of the Czech language.  This was singing of the highest quality, deeply musical, even when the vocal resources were stretched to their utter limits.

Jessica O’Donohue sang the gypsy – her costuming suggesting a 1940s refugee ambience with flowing frock encircling a slightly aggressive feline stance.  She also sang the off-stage gypsies in pre-recorded mode, singing with herself.

Jack Symonds gave a virtuoso turn at the piano impeccably supporting the singers but also highlighting the mosaic like beauty of the piano writing.  Its percussive intensity was almost dazzlingly lit with various gradations of sound.  The heft of this short mini-opera was persuasively presented.

Without a break, the tenor departed the scene of his imagined defeat – vanquished - leaving the space for the gypsy women (‘das ewige weib’) to challenge the male centric view of sexual obsession that the Janacek work unfurled.

This involved a brand-new piece, Fumeblind Oracle (2020), by composer Huw Belling and librettist/poet Pierce Wilcox, that sought to let the voice of the ‘obsessed-over’ ring out with a series of short poetic statements – turning the male gaze back onto its stupidity and restriction, and cursing the centuries of violent desire that pitches shame on women for supposedly inciting the liquid lava of male desire.

The music was intriguing, particularly its episodes when melodica, toy instrument, begat the breathless wordless intonation for the soprano – incantory - as though summoning an intake of breath across the centuries. The melodica seemed to summon memories of the nursery room, but also hinted at how the burgeoning nature of male desire might be trapped into being.  This was music that obsessively riffed on unilateral desire and its betrayal. It sought to excavate women as the imagined other, as the creation of men (like this composer and poet).

O’Donohue gave a startling performance of a piece that sometimes harks back to the loud, unambiguous anger and intensity of 1970s theatre works – vigorously accusing patriarchy of all its sins. Through a series of tableau and poetry fragments – the composer and librettist played with deconstructing this male gaze – shaking it into shards of anger, vengeance, regret, remorse.  At the same time, the libretto played with the notions of the theatrical female – across the Greek pantheon – invoking the Greek Drama Queens:  Artemis, Electra, Medea and Iphigenia.  This was a witty parable within the overall construct of the opera – sassily ironic.

So, there were lots of postmodern touches that raised both irony and a smile.  And sometimes music and words were searingly poetic, but for great stretches the music was not able sustain the arc of its potential invention. Its minimalism was effective but the performance of its slightly varied terrain was the most interesting feature of that invention, so embedded was the stage action and vocal expression in O’Donohue’s performance   The music was intent to delve into mythic poetic intent, but it felt that that it had exhausted its emotional range and began to repeat its anger – over and over. The rhythmic intensity was not in doubt (electronics by Benjamin Carey), but within the ebb and flow of energy and reflection, the contrast was tepid.  Aim and outcomes seemed misaligned.

The staging by Alex Berlage drew on Delphic intent with the Martha Graham style choreography given to performers Amy Hack and Chemon They.  Wearing exotic headdresses, their gestures and interactions seemed to draw us into both parody and transformation, with a hint of Dali and the puffed-up Eye of the Horus. These figures summoned forth a series of artefacts that were strategically placed on the stark plinths that embraced and haunted the circle of petals used in the Janacek – at times invoking the shaman call of the priestess and her votive offerings. This was almost druggily kaleidoscopic in its energy.

This brand new work was well served by a production that believed fully in its histrionics and energy. Indeed, across both works, direction and design (Jeremy Allen – set and costumes) allowed the talented principals to shine in their impersonations.

This was a deeply engaging evening with music theatre that sought to coruscate our attention and our senses.  If the brand-new work lacked the tautness of the Janacek, its performance was, however, truly startling, held together by the extraordinary energy of Jessica O’Donohue and the pinpoint accuracy of her pitch – and dynamic range, stamina and ability to keep summoning theatrical intensity. 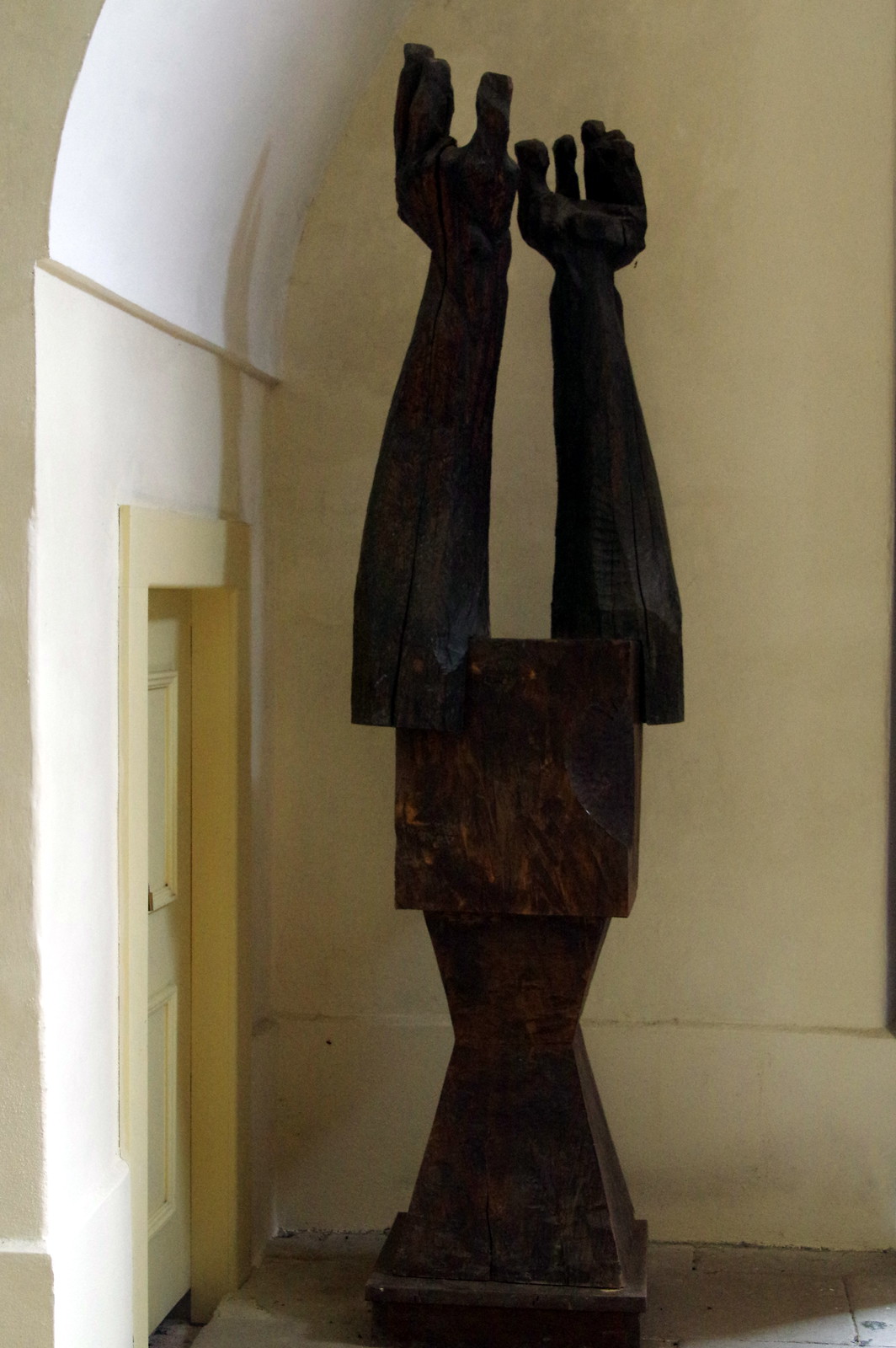