SSO summons forth the bejewelled fantasies

The exotic and ambiguous words of Tristan Klingsor that make up this slightly lop-sided cycle – big first movement, full of dazzling narrative, followed by two small lyrical episodes – were flecked across a deftly strung gauze of orchestral timbres.  Susan Graham sent the febrile words out across the concert hall with precision, passion and a rich dark line.  The words luxuriate in Eastern otherness.  They impart the glorious imaginings of a proto-type western adventurer.  This performance was able to gently subvert the somewhat studded language, with its swirling clichés and metaphors, bringing into the hall a true childlike wonder.

Asie, with its languorous opening lines, travelled through a bazaar of bejewelled images: “pupils shine with joy in skin yellow as oranges”, “fine silk turbans atop dark faces with shining teeth”.   Ms Graham bought all of this to life, including the soft self-deprecatory tones that ensure Asie ends with wistful understanding of what it might be to be a Western Scheherazade artfully interrupting the storying telling with Arabia’s cup supped on her soft, silent lips.  The work's almost knowing post modernism was beautifully suggested in this performance.

The second song bought forth beautiful and responsive flute playing from Samuel Coles, as the arabesques of a mysterious kiss – “un mysteriéux baiser” - were hauntingly laced around singer and strings, sadness and joy entwined.

The final song was full of limpid beauty and sexual tension, its unresolved narrative floated on exquisite lyrics and deeply shaded music.  We almost touched the downy dark cheeks of the handsome boy: “de ton beau visage de duvet ombragé”.  His girlish gait and faint gestures of desire flutter through this musical portrait.

The implied, forestalled ecstasy of this song received its fulsome response in the performance of Daphis et Chloé.

The various tableau of this ballet were highlighted in this performance by dramatic lighting of the platform and choir stands, with vivid ruby red for the pirate’s compound. The thrilling music that brings the warlike pirates into view, with choir and trumpet invoking their primal crunch, was given vivid substance by orchestra and choir.  Likewise, the intervention of Pan was real.  The sharp raining static that Ravel released into the night air, as a precursor to the god’s triumph, was finely realised.

Though the Lever du jour pantomime is well known it still amazes with its scintillating force and logic, with the wordless choir birthing its many beauties.  The Philharmonia Choirs employed a wide dynamic range and steadfast precision in flecking dramatic colour across the orchestral palette.

The responsiveness of all concerned to the narrative of the ballet, and its carefully placed recurring motifs, was exemplary.  And who could top such exhilaration, other than Ravel, when the homage of Daphnis et Chloé to Pan et Syrinx brings the dreamscape to an orgiastic conclusion.  Waves of sound crunch against a percussion battery of fine grained intensity seemingly sprung on the panting ardour of the choir.  After more than 100 years, the final danse general can still make an audience breathless.

Ravel struggled with his own perfectionism.  This ballet took some years to finish (1909-1912) and mirrors his complicated response to the ancient forces summoned by the narrative of the ballet.  It has been suggested that Ravel viewed ancient Greece through 18th century eyes – idyllic, soft hued landscapes populated by plush lovers, a la Boucher - but the music is more than this.  It is at times violent, deeply visceral, while its languorous beauty suggests a well scaled idyll not all that removed from the lyric poetry of Virgil and Pindar.  Moreover, Pan is given a primeval tone within the clarifying orchestral construction  that ensures the lushness is never cloying, but often startling in its pungent shafts of the life force: like newly budding spring time blossom.

The concert began with Stravinsky’s early Fireworks (Feu de’artifice) of 1909 which nicely hints at the sparkling glory of the Firebird to come.  This short work, with great craft and sonic splendour, articulates the unqiue fingerprint of that early Stravinsky masterpiece.  Stravinsky sometimes delighted in diminishing the perceived excellent of Ravel - referring to him as the Swiss clockmaker – but one suspects he feared Ravel’s “dark precision” and “jewelled perfection”.     http://www.garjones.com.au/ravel---before-life-and-after.html

Thank goodness, the early 20th century had such diverse and complementary Franco-Russian strengths. 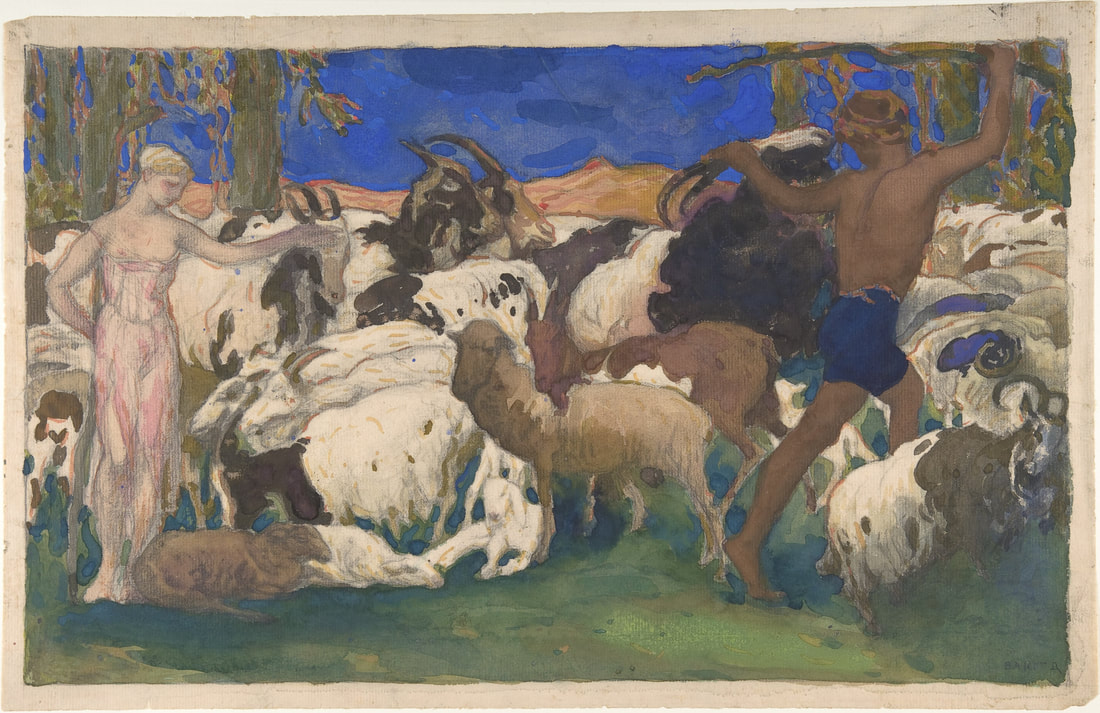