Fizzing in the dark – sexual obsession romps its way to hell

Mozart’s Don Giovanni (1787) is a truly hybrid work that explores the resilience and ravages of desire - with great humour and deep understanding.  In this production (2014) by David McVicar,  the class and gender confines of the early 19th century are defined in almost Napoleonic splendour.  Amongst the ruling class we have the seigneurial ardour and demonic energy of Don Giovanni (in tandem with the deadbeat playfulness of his servant, Leporello), the tortured love, pride and revenge of Donna Elvira, the poisoned prevaricating love of Donna Anna, the dashing hopefulness of Don Ottavio.  These are contrasted with the no less complex feelings of Zerlina, like Susanna trapped in a class and gender system that renders her entrapment normative, while the deep anger and buffoonish charm of Masetto is given with understanding of his fear of the powerful and his violence against women of his own class.

The dark, dank staging – catacombs inspired - gives us a piquant chiaroscuro with great depth.  For once, the peculiar shape of this tiny stage was useful, creating many arresting images in the deep background – some of almost Goyaesque beauty (set and costume design by Robert Jones).  The massive staircase that falls and rises, seemed to denote the transit space of the glorified realms of the aristocracy, no less plunged into darkness and despair when they descend to humanity and let desire race in their veins.  The ‘me-too revenge’ of the masks – the jilted lovers – was presciently excavated in this revival, directed by Matthew Barclay.

This protean music – full of dark and light - was buoyantly sprung by the Opera Australia Orchestra, led by Maestro Xu Zhong. The integration of vocal soloist into solo instrument into the bed of strings and piquant woodwinds  was a layered delight: the horn playing so prompt and witty, the cello solo giving Zerlina's ‘Batti batti’ concertante lift.  Xu Zhong was attentive and responsive to his singers, both crisp and loving in his direction of all the musicians.

The animal magnetism of this Don Giovanni was enthralling, from the murder of the Commendatore through to the death encounter with the furies (harpies with swollen bellies), Luca Micheletti gave us a whiplash responsiveness.  The brooding, the anger, the intoxication of deep satisfaction and unsatisfied desire – his coaxing, his stroking of the female body and his brutal aggression when the seduction does not fly – gave us a savage take on the lustrous eruption and vengeful snap of male desire.  The staging of the ‘serenade’ was blissfully enacted, as though the dreamy enervation of all this unattainable fulfilment led the gods of love to stage a crooning dissemblance, crowning the poor exhausted boy, all alone with his whispered song and wistful hazy dreams.  His marauding behaviour on the tomb of the Commendatore, his nasty staged deception of Elvira, his erotic field zone of temptation, presented palpable menace.  This was great acting, around dangerous emotions, with beautiful singing that was velvety black but not cavernous.

His Leporello (Shane Lowrencev) was a lighter voiced villain who enjoyed the daring and dangers of his masters, but was basically a coward who just wanted some of the delicious crumbs from his master’s table.  His stuffing of his face with ham and bread, at the final hellish supper, was a deft  touch, as was  Lowrencev’s sharp handling of the recitatives.  Likewise, the continuo playing that carried these witty exchanges with both airy finesse and clipped menace.  The catalogue aria was fizzingly paced, full of comic invention.

Jane Ede as Donna Elvira was triumphant in both character and coloratura.  Elvira is a complex human being.  We first encounter her disguised as a man, running away from her desires.  We see her at the hellish supper still trying for steer Don Giovanni from his addictions towards an unimaginable domesticity.  Her discovery that Don Giovanni and Leporello have tricked her into believing that the Don still loves her was shocking and heartbreaking.  Her singing of the recitatives of ‘In Quali eccessi, o Numi’ was clearly sprung while the simple beauty of  the aria, ‘Mi Tradi’, was both propulsive and grave, with even tone: its high notes shaped with a fine legato.

Donna Anna raced down the stairs - on fire with anger and love -  for a fleeing Don Giovanni.  The power and swell of her voice and emotions - established the volcanic nature of this character.  Eleanor Lyons' singing of 'Or sai chi l’onore’ was truly sumptuous.  The voice is big and sometimes a little unmodulated, but the outsize emotions of the aria suited her beautifully.  Her constant displacement of Don Ottavio was both comic and tragic.  ‘Non Mir di’ encapsulated her predicament, on an arc of febrile desire that opens up the cravings that cannot be quenched by her current life.  She bravely tackled the difficult recitative of this aria, the ‘ahbastanza' pitched soft and high and full of meaning.

Her Don Ottavio was handsome and kind and roused to action in a gentlemanly, heroic way – no competitor for the animal magnetism of Don Giovanni but attractive in his own way.  His two difficult arias were well pitched.  The coloratura of “Il Mio Tesoro’ was in place though not always deliciously flowing, but he did give us the sense of another kind of masculinity – one that intuitively understands that his betrothed may not really love him, now that she has been stung by a thwarted encounter with the honey bee of love – never to be recaptured. His light, bright tenor cut through with surprising ease.

Ann Dowsley as Zerlina consolidated her excellence and repertoire, once more with a telling portrait of young love, spikey womanhood and conflicted emotional states.  Her ‘Batti batti’ was both tender and no-nonsense.  Her famous duet with Don Giovanni, 'La ci darem la mano', was intoxicating as she and we teetered on surrender to this filigree of seduction and sexuality.  Her ‘Vedrai carino’ was full of wise love as though all the hewn knowledge of the peasantry was being voiced in her tender accepting love. The staging crowned this with a symbol of rebirth, as Masetto caressed her swollen belly.

The various non-singing performances added energy and arresting visual clusters to the staging - whether as mourners at the Commendatore’s funeral, servants as the top of the enormous staircase (as important as their masters),  or as mere sops to Don Giovanni's animals outburst of seigneurial rights (like his cousin, the Conte in Le Nozze di Figaro).  The choreographic movement - both general and in fight mode – was well executed (Andrew George/Troy Honeysett).  The lighting was often a dramatic intervention into the generally dark ambience (David Finn/David Parsons).

Gennadi Dubinsky as the Comendatore sung with cavernous ease and summoning power for the judgement of hell, with his implacable calls for Don Giovanni to repent.  The staging of this descent into hell was well done, giving a chilling sense of terror, revenge and repentance all confounded. The final sextet was full of stupefaction and finger pointing, almost implying that although the demonic and unearthly will always entrance and beguile,  normality also has its own lurking power.  Beware you libertines – no tragedy here, only punishment.  The final forceful utterance of these singers was both uplifting and ambiguous and crowned this production’s vocal splendour.

Don Giovanni is a long opera and has an occasional longueur, particularly in Act 2, but in performances like this its power to thrill, enchant and explode with tension remains potent.  Though the ensembles may not reach the miraculous poise of those in Figaro – they are full of energy and dark foreboding, like the well sprung overture that brings this fascinating dramma-giocoso into being. 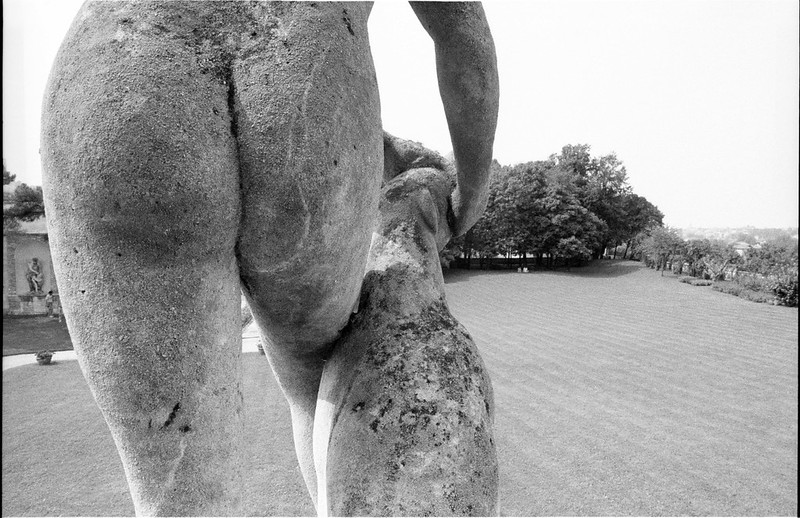