The Singer and the song: beauty power terror

Songs for Nobodies (2010) is a beautifully written and performed piece of musical theatre - reverential and playful with regards the five iconic women singers it essays: Bernadette Robinsons’ ability to populate the stage with these different singers and the women characters, nobodies, who connect with them is profound – supported by a narrative matrix that cleverly essays the interconnectedness of lives. The work is thought provoking and emotionally engaging.

It does not focus on a showy mimicry – but almost like a visceral drawing of breath it channels the various vocal styles and characterisations of the women who populate the stage. The assumptions bring a sustained frisson that is beyond accurate.

The potently droll, clipped English voice of the librarian, international expert in the Dewey Decimal System, brings us Piaf -  who is summoned, like hybrid magic, from childhood recollections (growing up with a  French father and English mother).  Through the relationship and experiences of her now dead father – this nobody distils  a wistful exposé  of the febrile and incandescent nature of memory, longing and love.  Pure poesy, as she  draws forth an incantation of the universe and its dreams, drawing light from the mystical stars.   This was simple but strongly executed.  Soon,  all those lost dreams rumbled through the voice of Piaf, with power and redemption.  Piaf appears before us fully formed  - singing in a concentrated arc.  She is febrile with redemption – powerful, vocally spot on with all those reserves of strength, steel and jagged survival.  This was a visceral rebirth.

The three musicians behind the gauze provide a carefully crafted sound world.  Their incarnation of the orchestral palette of Puccini, in the final Callas scene was both delightful and droll. Simon Phillips directs Robinson deftly across a simple stage – weaving between a drinks cupboard and some seats - always bathed in effective and varied lighting.

Circling the sea with Onassis, Callas and their various spouses - as well as the decaying Churchills - we encounter Robinsons' young Irish nanny/maid.  This final scene, aboard the yacht, 'Christina O',  is wickedly funny and poignant.  The accent is sharp and the comedy flecked by timing into the subline. This narrative is sprung on the primal clash of the animalistic (Onassis) and the spiritual in the form of the trapped and aching goddess (Callas).  Although Robinson cannot deliver the extraordinary. sepulchred tones of La Divina, we surrender to her projection of “Vissi, D’Arte”. This paen to art, women and song,  consumes us with its outpouring of grief, love, desire, rebellion and survival. The incarnation could haunt the entire Mediterranean.

The humour of the writing by Joanne Murray-Smith is stellar, bristling with a vibrancy that tickles each scene into powerful life. We are drawn in as each narrator tells their quirky story.  The backing singer for the Patsy Cline scenario presents a sharp and ambitious ingenue, star struck and talented, who goes on to have a career, as a talented survivor: like all such women, written out of the story.  Her tale is given poignancy as the encounter occurs the night before Cline’s death in an aircraft accident.  It seems to reinforce the notion that popular culture seizes on its iconic women and deifies them, as though being alive is too difficult a thing for the talented and their vociferous admirers.  The usher turned backing singer’s droll tale reaches into the deep heartache of Cline’s rich dark and melancholic vocal beauty. This is beguiling.

The show opens with a riff on happiness – given by the powder room attendant with her high pitched New York voice and bereavement about a pending divorce.  Here she encounters Judy Garland:  Frances Ethel Gumm coming for a piddle and having her hem mended.  It is full of wily comedic touches and the mirroring of vocal phrases as star and stuck struck blend into a delicious dialogue – before I’m gonna love you, “Come Rain or Shine’ – becomes an anthem for all women who have believed too much in love.

The Billie Holiday scene is full of wicked humour and suspenseful comedy as the reporter – almost channelling Hildy Johnson - is desperately trying to escape the prison of Women's Fashion and secure some quotable words from the silent Miss Holiday. They both nurse a drink and stall into the fissures of black and white America – until humour shakes them into a simpatico riff and the construct of a memento mori. The rendition of ‘Strange Fruit’ was deeply poetical and staggeringly sad – while the defiance of ‘Ain't Nobody's Business If I Do’ brought forth the lacerating strength of womanly defiance – and survival against the odds – all those vowels dead pat within the unique timbre of a unique singer.

Throughout this work, the alchemic clutter between star and star stuck is beautifully  actioned.    Robinson has a powerful voice – and an ability to sell the lyrics  - holding back, moving forward with the graceful resemblance of these amazing singers reflected in her truly variegated vocal skills and styles.  This was a moving experience – that elicited a strong response from the audience.  Her season in London (nominated for an Olivier award)  has confirmed again the strength and beauty of this work. 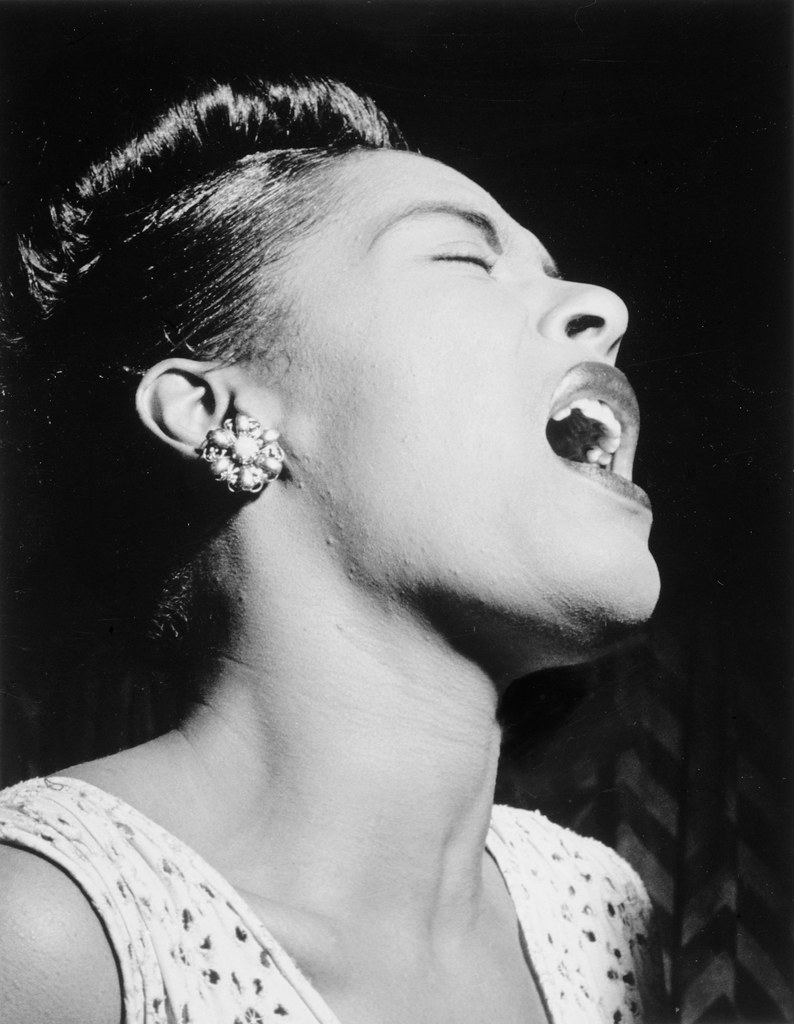