A KING GREETS THE MORNING SUN

Congratulations to Opera Australia – and their partners, the Royal Opera House and Dallas Opera - for giving us such a wonderful production of Szymanowski’s operatic masterpiece, King Roger (Krol Roger).

Through thrilling staging and heroic singing, we are transported into the midst of a challenging discourse of dialectics, a contest that pitches the ordered, severe chaste learning of Orthodox religion against the ritual abandon, fertility and ecstasy of Dionysus – a battle that occurs across the spread of dusk to dawn.

The simple artifice of Kaspar Holten’s production is dominated by an enormous head (the temple of Apollo?) that dramatically reflect the tussle of civilisations that is channelled through the struggle of the King to manage his mantle of power – symbolised by his sword - while succumbing to more life affirming notions of religious ecstasy.

The opening act situates Roger (Michael Honeyman) kneeling before the head and surrounded by the power of the church - represented in the sonorous and hectoring tone of the Archbishop (Gennadi Dubinsky) and the Deaconess (Dominica Matthews) whose dark voices warn against the reckless abandon of the heretic shepherd who preaches a different godhead.   In effect, they demand his death:  “let him be stoned” they cry out.

The other party to this massive scene is the chorus.  Like Britten’s Peter Grimes, the chorus in this work heightens various aspects of the drama.   In this opening scene they present dramatic and overpowering incantations – underlining the grip of the one true Christian church and its strictures of obedience.  In Acts 2 and 3 they forcefully underscore the triumph of paganism on a rising crescendo of abandon and ecstasy.  The OA chorus delivered all of this with focussed energy and vocal strength.

The King is reactive to an array of influences, almost biting back in his vocal line, full of declamation as he questions the forces that confront his world and authority.  His reaction and panic is forcefully displayed by Honeyman – with a strong open baritone voice and clear dramatic intent. His catharsis in the Act 3 finale is both riveting and life affirming, when a new kind of enlightenment unfolds into a crescendo of light and uplifting vocal glory – validating the power of C major as he cries out in astonishing music: “from the depth of loneliness/from the abyss of my might/I’ll tear out my clear heart/I’ll offer it to the sun!”

Samir Pirgu as the handsome and exotic Shepherd offered a burnished golden tenor voice with both heft and headiness:  we truly believed that “his eyes are like stars and his smile is full of mystery”.  His vocal smiles were matched by a suave stage presence that signalled his sense of power and a strong hint of the ruthlessness that underpins the ecstatic.  He conquers Roxanna, the people and finally the King with his alluring sound and potent self-love.  The scene of his greatest triumph, the pyre of Act 3, where he orchestrates the burning of the books that act as scaffolding for the ordered world of the Christian King was full of breathless wonder, rising in intensity as the flames lick the face of the now revealed sun god and his crowd of worshipers drunk on their wild abandon to him.  As the Shepherd predicted in Act 1:  “I shone like a ray of the sun/Like the wing of the white birds/Like the womb of lilacs white”.

Amazingly, Szymanowksi then rises to his most audacious challenge, giving us the ambiguous reconciliation of body and soul in the glorious final aria that Roger now ascends.  The King has metaphysically tasted the lips of the holy Shepherd – of Dionysus himself - his mouth seared, but in this stretch of music the sun now shines on him as he rises from his ordeal and sings a radiant paean to life.  Roger is a fallen angel, but in love with life.  As always, in this opera, the music mirrors the words.

James Egglestone as Edsir, the Kings’ advisor, displayed a fine tenor voice and warm stage presence – as he commented upon the unfolding drama – which amazingly brings philosophy and cultural difference to the operatic foreground.

The design by Steffen Aarfing was powerfully reflective of the drama. The head was beautifully lit in Act 1 (lighting design by Jon clark) – and revealed its scaffolding in Act 2 to allow much physical movement by the cast, as the music rose in intensity and the contest reached its pinnacle.

The music is thrilling and vibrates with pleasure – the bacchanal of Act 2 pitches the abandonment with sinuous flecks of Moorish colour.  The choreography by Kathy Marston mirrored this pleasure and gave us entwined and undulating male flesh – nourished by the inexorable rising ecstasy that Roger tries so hard to resist:  “in the flames of blood/ the infinite glow!... In the secret frenzy/the divine dance”.

Andrea Molina and the orchestra highlighted the richness and delicacy of the score, its tenderness and shimmering sound world beautifully articulated.  As James Jolly wrote in 2012:  “Szymanowski is one of those composers, like Busoni and Enescu, who occupy a place just outside the continuum of music history, a gorgeous tributary to the main river – and one who rewards those prepared to take the time to explore.”*

This gorgeous tributary was gratefully received by its Sydney audience who swam in its stream of beauty. 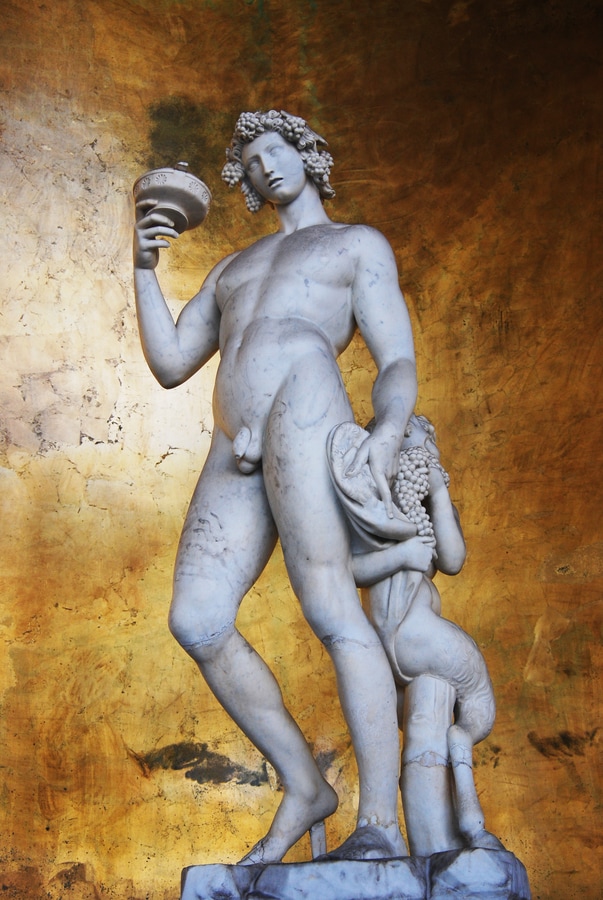