Colliding with the future: sanftes klavier

The dance rhythms and meaningful repetitions of Schubert’s piano music are explored with a probing intensity by Paul Lewis.  His recent Sydney recital was an ambitious and deeply satisfying affair.

The Piano Sonata in G Major, D894 (1826) is a late work that seems to meld serenity and good humour across its considerable length.  The opening barcarolle and the insistent dotted rhythms that lurk in its depth was unfolded with calm poise, capturing the artful stillness that underpins the music's peace and passion. All those repeated chords are answered with distilled sweetness – controlled yet swelling with expression.

The song like beauties of the second movement were carefully articulated,  as were the extremities that flow within such beauty.  Schubert’s ability to swirl between major and minor, between poise and ferocious turbulence, allows him to craft a narrative that deeply intrigues.  Lewis was an invaluable guide to all these playful and mysterious utterances.

The rhythmic dash of the third movement challenged the sound and articulation of Lewis, but he rode its sharp contrasts with admirable élan, the oft beats and bell song taut with surprise.

The comedy of the final movement  gave us a plain speaking peasant song, with hints of a brusqueness  al a Beethoven. All this was charted with pointed humour, yoking its rumbustiousness to those hammered chords, signalling both portent and combustible wit.

This work has its own internal drama, the yin and yang of a generous soul, unhurried in exposition, but embracing in its own terms both suspended beauty and cataclysmic intent – as its thematic material develops into a disarming discourse.

Beethoven is surely the quirkiest of classical composers – his skittish cascades, his gruff humour, his explorations and explosions, exist side by side with profound calm and undulating tenderness, and always a powerful striving to the infinite peace – of forgetting.

The Diabelli Variations Opus 120 (1819-1823) present this multi-faceted personality in all its abrasive and overflowing humanity.

As Brendel so perspicaciously noted, the little waltz theme by Diabelli does not truly control the work, “rather the variations decide what the theme has to offer them”. It is never ‘confirmed, adorned and glorified”.  The thirty two bar waltz is symmetrical but with a perkiness and quirkiness that wormed its way into Beethoven’s consciousness.  Czerny described Beethoven in “a merry freak” when composing these variations

The pungent telescoping of the theme’s smallest elements is breathtaking.  In this performance by Paul Lewis the transformations were highlighted with rhythmic exactitude and a rounded tonal palette that bloomed with the music’s changing patterns and tone.

Lewis traversed this exhausting work with steely determination.  Great humour requires great timing and purposeful energy that can be summoned in a flash.  This he did.

The March of Variation 1 banishes decoration and is a call to arms that these explorations with be grandly transformative – even when parodying the rustic energy of the theme. Lewis gave us all of these threads – within this variation and across the variations.

His ability to contrast the slow variations was a defining characteristics of his performance. He summoned a delicious hushed beauty for Variation 2.  Within the ambiguous contours of Variation 20 he sought and distilled a rapt peace. Across the Adagio of Variation 29 he built layers of  melancholic feeling, while in the Largo of Variation 31 he crafted  its ornamentation into an aria of unforgettable note-spinning.

The drama of Variation 4 was full of driven energy and the unsubtle humour of Variation 22 - with its burlesque on Mozart’s Don Giovanni - was dispatched with gradated care.  Throughout the many instances of gruff humour, the chuckles were carefully placed by Lewis.  He summoned fulsome exact energy for those variations that startled with their ferocious commencement and dogged, insistent patterns.

The Great Fugue of Variation 32 challenged him, but he created its sturm und drang with utmost weight, summoning a grand climax that then elides into the subtle disquieting final Minuet.  The weight and balance of this extension seemed to bring the songful natures of Beethoven and Schubert into profound congruence – towards a breathtaking miniature and the end.

Lewis looked exhausted at the end of this recital.  The challenge of the Beethoven is enormous and he shaped this work’s mercurial beauties into an amplification of variation form that both glorifies and strains the musical forms of this late classical period, as though stretching into the future in search of unending freedom.

This was an ambitious and fully satisfying evening with a master pianist. 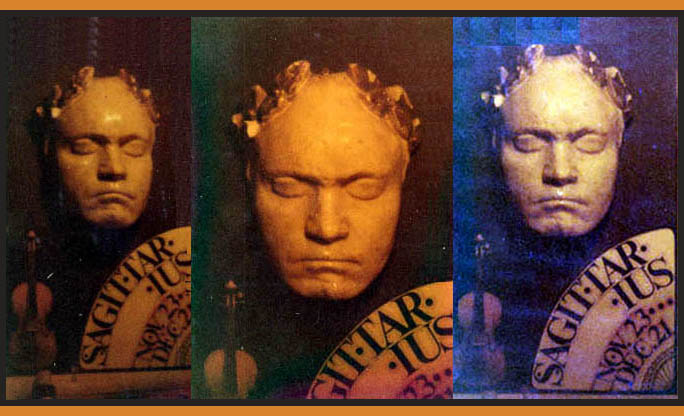